The question after USA’s 13-0 win against Thailand – in which Alex Morgan scored five – and 3-0 victory over Chile was whether they could do it against tougher opponents. A cruising 2-0 defeat of Sweden in their final Group F game, albeit both already having qualified, went part of the way to answering that. Of course sterner tests are to come but the swaggering, confident performances shown so far have all the hallmarks of champions.

Corinne Diacre’s home side came out of the blocks with intent against South Korea. Since then the journey has been harder fought and has benefited from some much discussed – though correct – VAR decisions. The Lyon spine has been vital to their perfect start. When Diacre has shuffled the pack, though, the team’s flow has looked disrupted, prompting questions about whether the squad is deep enough.

The first England team to finish a World Cup group stage with top marks since 1982 has shown flashes of genius. But consistency across 90 minutes has been a problem. Phil Neville’s heavy rotation policy has been successful thus far but, with tougher tests on the horizon, there is a feeling he needs to settle a little more on a first-choice XI. Will he be bold and hand some of the impressive fringe stars a more central role?

The Dutch will concede and at the back they look disorganised. But further forward they have the most potent attack in the World Cup in their new all-time top-scorer Vivianne Miedema, Lieke Martens, Shanice van de Sanden and Danielle van de Donk. Two against Canada – who had conceded only once in 2019 – to top the group showed they are a serious force.

In a group alongside Australia and Brazil few would have penned Italy as table toppers. Exploiting the weakness of the Australian defence to come from behind to win showed a much stronger side than expected. Eight of the Italian squad play for two-year-old and two-time title winners Juventus, including Cristiana Girelli and Barbara Bonansea, who have five goals between them. Dark horses.

With the influential Lyon playmaker Dzsenifer Marozsán suffering a broken toe in their narrow 1-0 win against China it was easy to write off any chance of a serious title challenge. Yet the Group B winners have nine points, three clean sheets and five different goal scorers. They are no one-woman team. With the best run without a defeat of any team in the competition – 15 games – Martina Voss-Tecklenburg’s side have quietly flown under the radar.

Possibly the most lopsided team in the tournament, the chaotic Australia defence is balanced by the goal machine, Sam Kerr, up top. Kerr already has five goals to draw her level with Morgan. How far Ante Milicic’s side can survive on a ‘you score two, we’ll score three’ mentality is anyone’s guess but, with Kerr firing on all cylinders, anything is possible.

As mentioned, the Canadians had conceded only once in 2019 before they shipped two to the Netherlands to finish second in Group E. The talismanic forward Christine Sinclair is off the mark and on to 182 career goals – closing in on Abby Wambach’s record of 184 – but questions remain about the side’s fluidity going forward.

In the shadow of USA Sweden quietly went about their own 2-0 and 5-1 defeats of Chile and Thailand. The Linköping striker, Kosovare Asllani, has two goals and, despite their loss to the Americans, they will cause other teams problems. Up first is Canada and the Netherlands have already shown their well-organised defence can be breached.

A staggeringly bad run of nine defeats in the run-in to France was lifted with a Christiane hat-trick against Jamaica. Buoyed by that win the Brazilians took a two-goal lead against Australia before a second-half capitulation. That sums up the team. Bright in attack but will leak goals against the best, or better than average.

The injury to Caroline Graham Hansen will hurt the Norwegians but, if she regains fitness, they will test any team. France struggled to deal with Hansen as well as the Chelsea recruit, Guro Reiten.

Handing an array of the country’s best young talent their World Cup debuts is a bold move and perhaps done with one eye on the future. The 2015 finalists have underwhelmed in France. The team’s technical, quick and possession-heavy football has been sorely let down by the final ball up front. They have scored only twice, both against Scotland. Luckily they face the Netherlands’ messy defence in the last-16. They have a chance to progress, but it’s a slim one.

China are struggling to score. Li Ying has their only goal, in a 1-0 win against South Africa. They resiliently kept Germany at bay until Giulia Gwinn broke the dam but a decent work rate and defence cannot make up for the lack of firepower up top. With opponents Italy a fresh force internationally, pushing past the last 16 will be tough.

An unknown quantity and they now play an England team that has not played African opposition since the 1995 World Cup, where they faced Nigeria. Their chaotic defence is matched by an equally chaotic, yet exhilarating, attack. Now Nchout Njoya Ajara is scoring, her two against New Zealand enough to send Cameroon through, and linking wonderfully with Gabrielle Onguene, the England defence should be worried.

The Super Falcons’ 2-0 victory over a disappointing South Korea was enough to ensure a place in the last 16. Dealt a crushing blow when faced a retaken Wendie Renard penalty for France, which had hit the post, after the goalkeeper was adjudged to be off her line. Qualification feels like reward for a strong performance against the hosts, a game they lost only 1-0.

If points were awarded for artistic merit, they would be much higher up this list. They dominate teams but just do not convert or create enough chances. Atlético Madrid’s Jennifer Hermoso benefited from two penalties against South Africa but Lucia Garcia has their only goal from open play, also in their group opener. Up next though, is the USA. 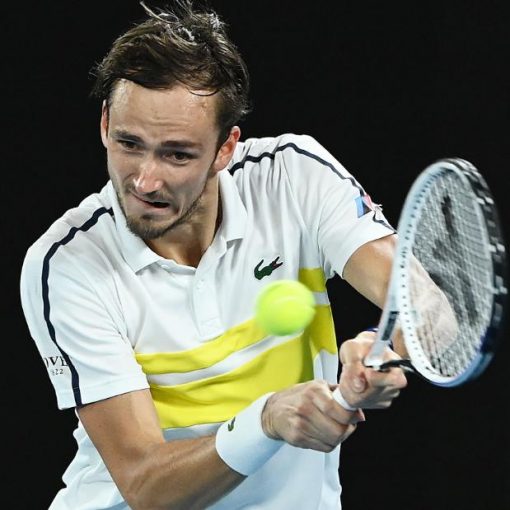 If it was not quite a handing over of the torch, it was surely a glimpse of the future. At 39, Venus […]

N ine years have passed since Denílson realised something had to change. The loneliness was weighing him down, his football was suffering […]