They say the operation was allegedly under way “in its early stages” when Mr Trump stood the US military down. The White House has so far made no comment.

This comes after Iran shot down a US spy drone.

Tehran claims the unmanned US aircraft entered their airspace early on Thursday morning. The US maintains it was shot down in international airspace.

Tensions have been escalating between the two countries, with the US recently blaming Iran for attacks on oil tankers operating in the region. Meanwhile, Iran has announced it will soon exceed international agreed limits on its nuclear programme.

Last year, the US unilaterally pulled out of a 2015 nuclear deal aimed at curbing Iran’s nuclear activities.

What do the US media reports say?

The NYT said that as late as 19:00 local time (23:00 GMT), US military and diplomatic officials still expected the strikes on agreed targets, including Iranian radar and missile batteries, to take place.

“Planes were in the air and ships were in position, but no missiles had been fired when word came to stand down,” the newspaper reported, citing an unnamed senior administration official.

The strikes were set to take place just before dawn on Friday to minimise risk to the Iranian military or to civilians, the newspaper added.

Several other US media outlets then independently reported the same.

The Associated Press quoted a US official as saying that the strikes were recommended by the Pentagon and were among the options presented to senior administration officials.

The operation was called off after President Trump had spent most of Thursday discussing the Iran issue with his national security advisers and also congressional leaders, the AP reports.

It says that US Secretary of State Mike Pompeo and National Security Adviser John Bolton had pushed for a hardline stance, but the congressional leaders urged caution.

Democratic House Speaker Nancy Pelosi said the US had no appetite for war with Iran, while the leading candidate for the Democratic presidential nomination, Joe Biden, called Mr Trump’s Iran strategy a “self-inflicted disaster”.

Senate Majority Leader Mitch McConnell, a Republican, said: “The administration is engaged in what I would call measured responses.”

The top Democrat in the US Senate, Chuck Schumer, said: “The president may not intend to go to war here, but we’re worried that he and the administration may bumble into a war.”

It remains unclear if the apparent strikes could still go ahead.

What happened with the drone?

On Thursday morning, Iran’s Islamic Revolutionary Guard Corps (IRGC) announced its air force had shot down a US “spy” drone in the early hours after the unmanned aircraft violated Iranian airspace near Kuhmobarak in the southern province of Hormozgan.

Iranian Foreign Minister Javad Zarif tweeted that the US drone took off from the United Arab Emirates in “stealth mode”.

“We’ve retrieved sections of the US military drone in our territorial waters where it was shot down,” he wrote.

We’ve retrieved sections of the US military drone in OUR territorial waters where it was shot down. pic.twitter.com/pJ34Tysmsg

The US military’s Central Command later confirmed that a US Navy Broad Area Maritime Surveillance (BAMS-D) aircraft was shot down by an Iranian surface-to-air missile.

However, US military officials maintain the drone was in international airspace over the Strait of Hormuz at the time.

The ISR Flight path and grid plots for the RQ-4A shot down by Iran in the Strait of Hormuz. “This was an unprovoked attack on a U.S. surveillance asset that had not violated Iranian airspace at any time …” – Lt Gen Joseph Guastella, @USAFCENT pic.twitter.com/uczI5HF68b

In response, the US Federal Aviation Administration (FAA) issued an emergency order on Thursday evening prohibiting US airlines from operating in an overwater area of Tehran-controlled airspace nearby in response.

It said there were “numerous civil aviation aircraft operating in the area” at the time the US drone was shot down.

What has Mr Trump said?

Mr Trump himself has not yet responded to the reports about the plan for strikes against Iran.

He did, however, make several comments about the drone incident earlier on Thursday.

“Iran made a big mistake,” he said, alleging the US had scientific evidence the drone was in international airspace when it was shot from the sky.

Asked about his response to the incident and whether or not he would go to war with Iran, the president repeatedly replied: “You’ll find out”.

He also suggested its shooting down could have caused by human error.

In a speech on Iranian state TV, IRGC commander-in-chief Maj-Gen Hossein Salami said the drone’s downing was a “clear message” to the US that Iran’s borders were “our red line”.

Foreign minister Javad Zarif later said Iran had retrieved sections of the US military drone “in our territorial waters where it was shot down”.

What other reaction has there been?

Russian President Vladimir Putin has warned that war between the US and Iran would be a “catastrophe with unpredictable consequences”.

What else has fuelled US-Iran tensions?

On Monday, the US defence department said it was deploying 1,000 extra troops to the region in response to “hostile behaviour” by Iranian forces.

Earlier that day, Iran also announced its stockpile of low-enriched uranium would next week exceed limits it agreed with world powers under a landmark nuclear deal in 2015.

Iran stepped up its production in response to tightening economic sanctions from the US, which unilaterally withdrew from the deal last year.

The US has also accused Iran of attacking two oil tankers with mines last Thursday just outside the Strait of Hormuz, in the Gulf of Oman.

It was the second time in a month tankers had been attacked close in the region, through which a fifth of the world’s oil passes each day.

Iran denies blame for the attacks. 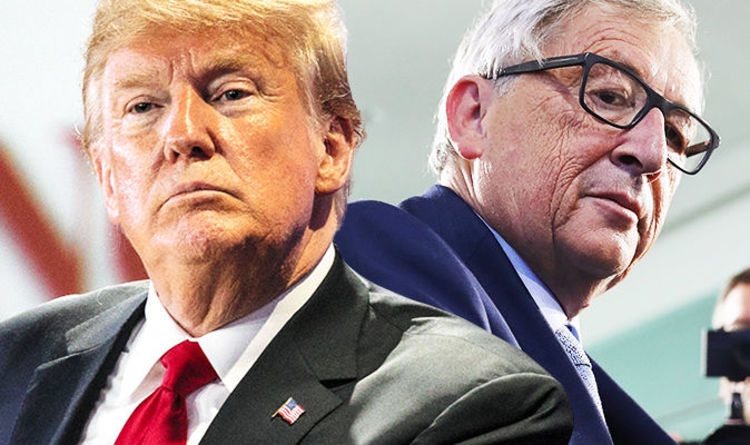 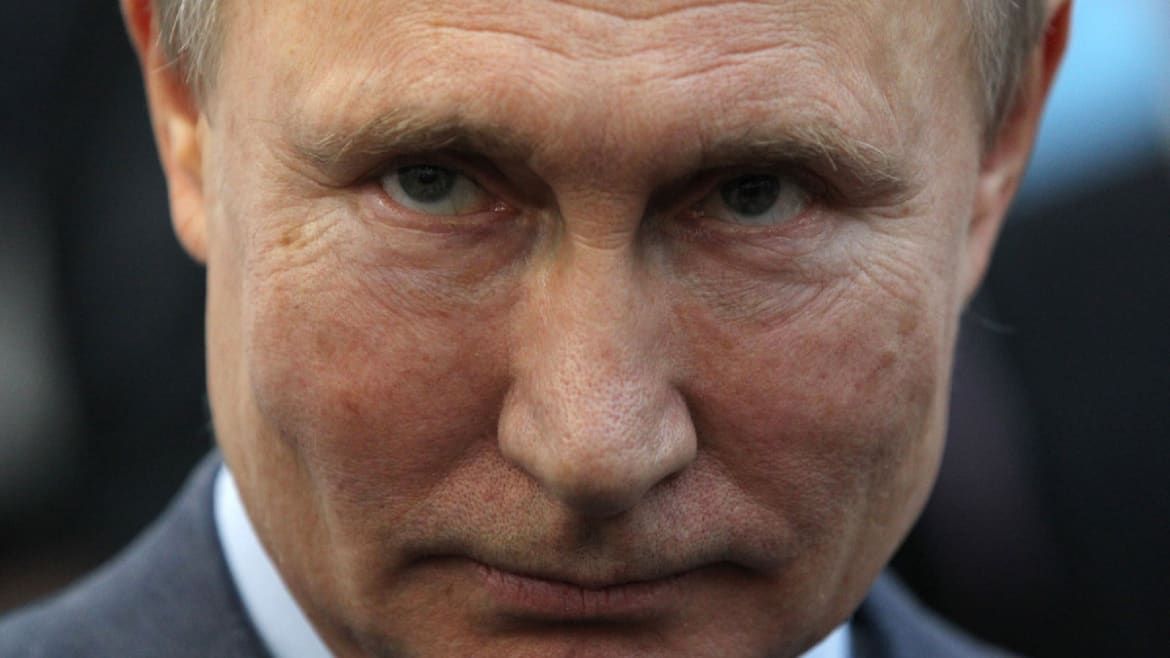 Mikhail Svetlov/Getty One of the first challenges Joe Biden will face as president is how to deal with Vladimir Putin, leader of […] 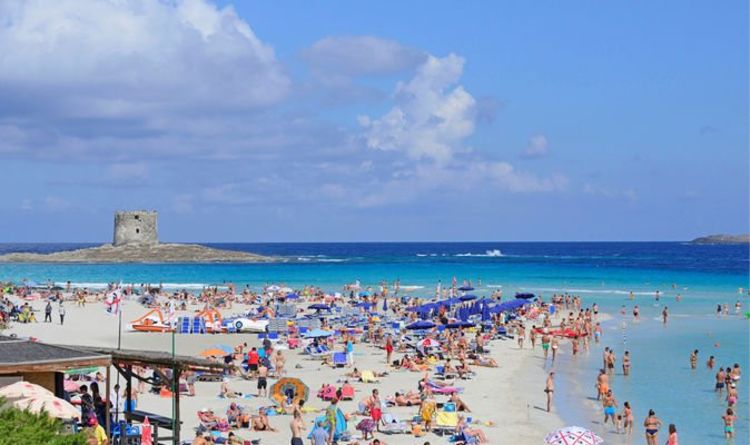 Pelosa Beach in Sardinia, known for its white sand shoreline and calm blue waters is considered to be a tranquil ocean getaway. […] 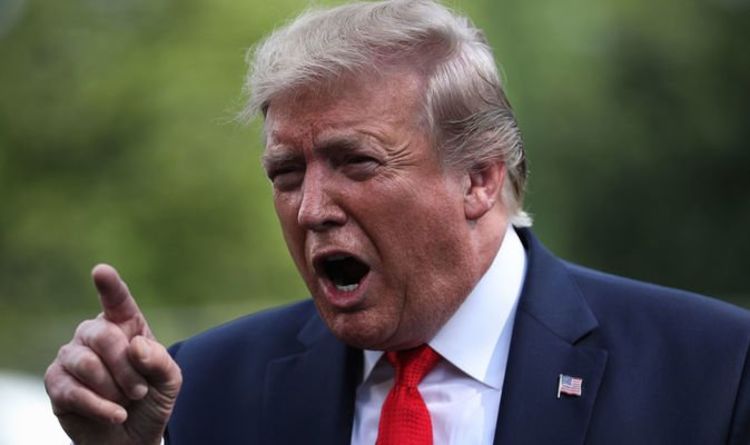