The 2020 Ford
Explorer might not look all that different to the casual observer, but underneath that familiar skin, it’s a whole new ballgame. Ford’s midsize SUV rides on a brand-new platform and gets new powertrain options, including a hybrid model.

For folks who favor fast, there’s even a high-performance version, too. It’s called the Explorer ST, and it’s got a 400-horsepower V6 under the hood.

The sixth-gen Explorer takes an evolutionary step forward in terms of design, with a sloped roofline, some more pronounced body sculpting and a six-inch longer wheelbase. For the ST, the Explorer gets black body cladding, special badging and optional, black-finish, 21-inch wheels. Combined with the 2020 Explorer’s sleeker headlights, the result is one sharp CUV.

Underneath, the Explorer now rides on rear-wheel-drive architecture, which allows for the aforementioned longer wheelbase. The Explorer ST comes standard with all-wheel drive, but it uses a rearward bias, with power only sent to the front wheels under hard throttle or when needed for traction.

The longer wheelbase means the Explorer is slightly more capable off-road, too, though that’s obviously not the point of this sportiest ST trim. Still, this fast Explorer offers more than eight inches of ground clearance, and a relatively decent approach angle of 21 degrees. You can even get the ST with hill-descent control.

The ST is powered by a boosted version of the 3.0-liter, twin-turbocharged V6 you can get in the Explorer Platinum, making 400 horsepower and 415 pound-feet of torque. Power runs through a new, 10-speed automatic transmission, which offers smooth, snappy shifts and will even skip a couple of gears if necessary, both while upshifting and downshifting.

Ford fits the ST with the same drive modes as other Explorer models, including Eco, Normal, Sport, Slippery, Trail, Deep Snow/Sand and Tow/Haul. Sport mode is where I spend most of my time while driving the ST, which speeds up the transmission’s already quick gear changes, and improves throttle tip-in. Sport mode adds a bit of weight to the steering’s action, too, and it amplifies the engine noise being pumped into the cabin.

The ST has a tendency to push its way through corners, and you can feel every one of its 4,700 pounds while turning. Slow your roll a bit and you’ll realize the ST is best driven at a moderate hustle, with lots of power for speeding down straight roads and passing slower-moving cars. It’s entertaining, but not a sports car. The different drive modes don’t change the suspension tuning at all, so the car handles the same no matter what you do. Likewise, the standard brakes don’t quite have enough oomph, and while larger stoppers are available as an option, they’re hard to modulate at slower speeds.

Of course, the ST’s extra power takes its toll on fuel economy. Neither Ford or the EPA have yet to release miles per gallon figures for the 2020 Explorer ST, but after an 800-mile drive through rural Oregon and down to Roadshow’s headquarters in San Francisco, California, I averaged about 22 mpg.

Every Explorer comes with Ford’s Co-Pilot 360 driver-assistance tech, which includes blind-spot monitoring and lane-keeping assist. The ST goes one step further, adding the Assist Plus package, which gets you adaptive cruise control with lane-centering tech and evasive steering assist.

Speaking of which, the Explorer has a neat little Easter egg in its 12.3-inch digital gauge cluster. When you’re using adaptive cruise control, the display shows a Mustang as the lead car when you’re driving in Sport mode. Switch to trail, and the display car turns into an F-150 Raptor.

The Explorer ST gets a 360-degree camera, which is super helpful when parking. If you prefer to let the Ford do the heavy lifting, the ST also has Active Park Assist 2.0, which is a revamped version of the Blue Oval’s self-parking tech, which is even easier to use than before.

A big, new tech upgrade is found inside, where the Explorer gets a 10.1-inch, portrait-oriented screen running a slightly retouched version of Ford’s Sync 3 infotainment system. While the screen takes up quite a bit of real estate on the dash (and kind of looks like an afterthought, if I’m honest), I can’t deny the benefit of a huge screen when using infotainment functions. Sync 3 is already one of my favorite multimedia systems, with an easy-to-use interface, and this new version is just bigger and better.

Apple CarPlay and Android Auto are standard with Sync 3, and the Explorer ST has a strong 4G LTE Wi-Fi connection. Wireless smartphone charging is available for front passengers, and the Explorer additionally offers three 12-volt outlets, USB Type-A and Type-C ports and a 110-volt, 150-watt, three-prong outlet, too. (Charge all the things!)

Inside, the 2020 Explorer is reminiscent of its predecessor in terms of design, but that’s fine by me. The ST gets heated and cooled front seats, and heated second-row captain’s chairs. Massaging seats are available for the front seats, too.

Those standard captain’s chairs slide forward easily, but don’t flip up, so getting into the third row isn’t as easy as it could be. Once you’re in the way-back, there’s plenty of headroom, but the seat cushions are really close to the floor (one issue of the packaging for a rear-drive platform), so your knees are kind of in your chest.

The Explorer offers tons of cargo space, with 18.2 cubic feet of room behind the third row, 47.9 cubes behind the second and 87.8 cubes with both rows folded flat. That’s a ton of grocery space, y’all.

While the 2020 Explorer competes with a number of other midsize crossover SUVs, the performance-oriented ST doesn’t have many obvious rivals. The Dodge Durango SRT is one option, which offers a bit more power, but it’s more expensive than the ST’s $54,740 starting MSRP. If you don’t care as much about straight-line speed, you can look at the Mazda CX-9, which is way down on power by comparison, but handles a lot better than anything else in the three-row, midsize class.

If you’re serious about performance, you’ll definitely want to option your Explorer ST with the $1,595 Performance Package for the bigger brakes and upsized wheels. For me, I’d also drop $995 on the Premium Technology Package so I could get the larger touchscreen infotainment display and the massaging seats. All in, that means a nicely optioned Explorer ST will cost $58,425, including $1,095 for destination.

The 2020 Ford Explorer ST is a solid option, but not exactly an outright performance monster. Still, if you want a bit more oomph in your otherwise lovely midsize SUV, it’s a recipe you’re sure to like. 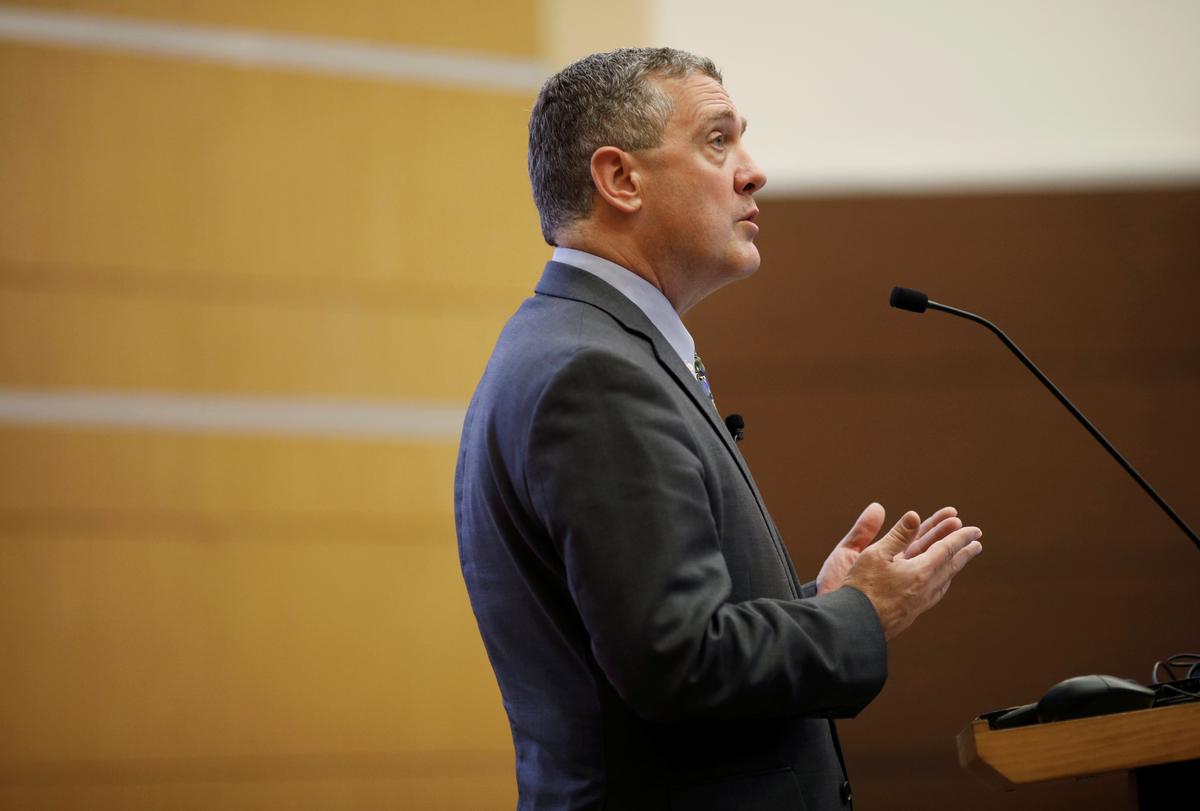 CLOi. LG LG has unveiled a trio of new concept “CLOi” robots (pronounced “KLOH-ee”) designed to take the back-break out of carrying […] 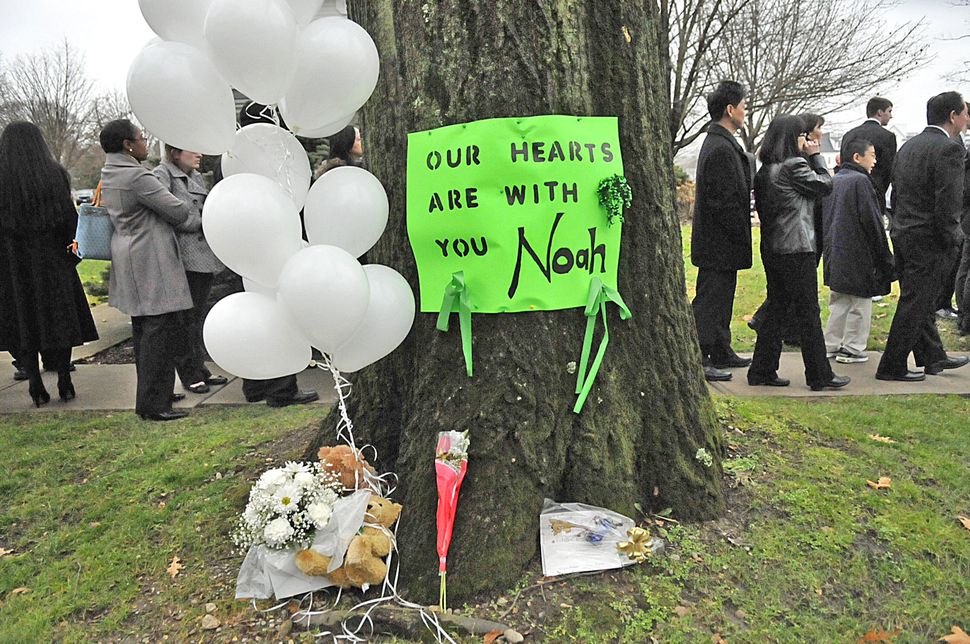 A memorial to Noah Pozner stands in Fairfield, Connecticut, on December 17, 2012. The slain 6-year-old’s parents wrote an open letter to […]