Jerry Lints was born in San Antonio, grew up in rural North Carolina, and hitchhiked to San Francisco in 1981. He experienced homelessness in 1982 and 1989, and has been unhoused for more than 18 months.

In each of those experiences, even a basic activity like showering was difficult.

“I could only shower at friends’ [homes] or in a few undermaintained public showers,” he says, explaining that he quickly grew frustrated. He encountered the San Francisco-based nonprofit Lava Mae just over a year ago, and it has transformed his daily life.

Recommended: Block the vote? The battle over ballots and the future of American democracy.

“I’ve had more self-esteem, confidence, feelings of unity, support, and family-like love than any prior experience,” he says in an email interview facilitated by the nonprofit.

Mr. Lints is one of many who have benefited from the support of Lava Mae, a nonprofit offering basic hygiene services to those experiencing homelessness. The organization provides mobile showers and other personal-care facilities in San Francisco, Los Angeles, and Oakland. It also operates Pop-Up Care Villages, which unite dozens of service providers offering everything from haircuts and therapeutic massages to meals and live music.

The inspiration behind Lava Mae is founder and executive director Doniece Sandoval, who is passionate about ensuring that her organization’s work is centered on the concept of dignity and opportunity.

“When you’re unhoused, you live your life in the public eye. You never have a moment of respite and privacy,” says Ms. Sandoval. “If you are a woman or if you are LGBTQ, your [risk] of attack in a shower [is] high, and if you struggle with a disability, it is hard to find a place that accommodates your needs and keeps you safe.”

Lava Mae set out to change that – converting retired public transit buses and using commercial shower trailers to bring basic hygiene services to the streets. From the fluffy white towels to comforting paint colors and skylights, everything is designed to create a warm, welcoming environment.

“The whole idea was to create something that was so beautiful, it spoke to people and said ‘you deserve this,’” Ms. Sandoval says.

To date, Lava Mae – which marks its fifth anniversary in June – has provided more than 65,000 showers to 17,000 unhoused Californians, or “guests,” as they call them. They have also held 32 Pop-Up Care Villages that have reached 7,500 and engaged 83 partner organizations.

Ms. Sandoval traces part of her inspiration for Lava Mae to her childhood, and a volunteer experience with children in a Head Start program.

“I knew that these kids had the odds stacked against them,” she says. “They had dreams to be doctors and lawyers and astronauts. But because of the fact that they lived in abject poverty, the chances of them ever achieving those dreams seemed really difficult.”

Ms. Sandoval went on to a career in marketing, branding, and public relations. And in 2011, she saw the toll that development and growth in her neighborhood took on some residents.

“I watched as three of our neighbors – all African American men in their 80s – got evicted one by one, were forced to take up residence in their cars until [those] got repossessed, and then wound up on the streets,” she recounts. “My daughter was 5, and I couldn’t explain to her why this was happening.”

It wasn’t long before Ms. Sandoval found a way to help unhoused people – especially when she learned that of the estimated 7,500 homeless people in the city at the time, there were only 16 public shower stalls and about as many toilets.

Lava Mae was launched using a pair of retired and retrofitted transit buses, and later evolved to larger shower trailers that could accommodate more shower stalls and were not as dependent on specially licensed drivers. Today the organization has two trailers each in the three cities it serves.

The goal is to provide what Ms. Sandoval terms “radical hospitality,” which she has seen clearly play out between volunteers and guests.

Heather Dickison is executive director of the nonprofit Care Through Touch Institute, which partners with Lava Mae and provides therapeutic massages to address the mental and physical ailments affecting unhoused people.

“In a city where waitlists for shelter beds run into the thousands, it is easy for people to lose hope,” Ms. Dickison says in an email interview. “Both of our organizations understand that a shower, a haircut, or a massage are not going to solve homelessness on their own; however, these services help to remind people that there are people in the community who care about them.”

She adds: “Doniece is smart, driven, and determined. She is an excellent networker and an even better fundraiser. … [S]he has built up quite a nonprofit and came up with an idea that really helped fill a need that was not being met by the city.”

On a recent sunny Sunday afternoon, scores of tourists flocked to iconic sights across the city, including the famed Fisherman’s Wharf and the Embarcadero promenade along San Francisco Bay. Under bridges, in wooded areas, on benches, and along sidewalks, a significant number of unhoused men and women could be seen seeking shelter or asking for help from passersby.

Ms. Sandoval acknowledges the challenge up and down the West Coast of the vast number of people experiencing homelessness, and she attributes some of this to the high cost of living. (While some believe that people without homes move to California because of the weather, studies from organizations such as the Los Angeles Homeless Services Authority have consistently found that the majority of unhoused people previously lived in the same city.)

Lava Mae’s annual budget of $2.4 million is supported entirely by private funding, and Ms. Sandoval prides herself on operating a nimble organization. She is also supporting others interested in replicating the Lava Mae model.

“She’s beautiful by presence with a shining depth in her eyes,” he says. “She focuses on every aspect of what she sees. I’m very loyal to the staff she’s hired for these events as well as the shower staff.”

“They are front-line workers in a war zone. Yet Lava Mae has united a homeless group from many areas of the city,” he says. “To lead this citizenry to self-sufficiency … is one of the most important movements currently in this country.”

Ms. Sandoval is deeply committed to her work.

“I walk these streets and I see how many people that we have just thrown away, and I cannot fathom that. It physically hurts me,” she says, choking up. “I think I have found my purpose, and it is to make people feel valued, and inject a little bit of optimism into where they are.”

For Ms. Sandoval, it’s about people – Lava Mae’s guests, the staff, and the volunteers they mobilize. And through them, she has learned something powerful.

“We think we have to do something grand to make a difference in the world,” she says. “The truth is, the little things can be hugely transformative – a good morning, a hello, a cup of coffee. We should never miss the chance to embrace the little things and share them with others.” 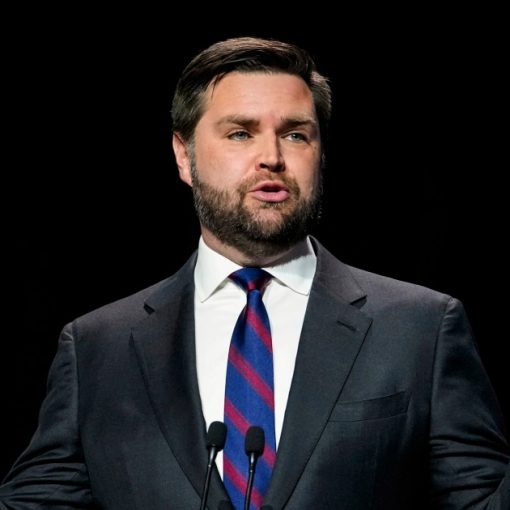 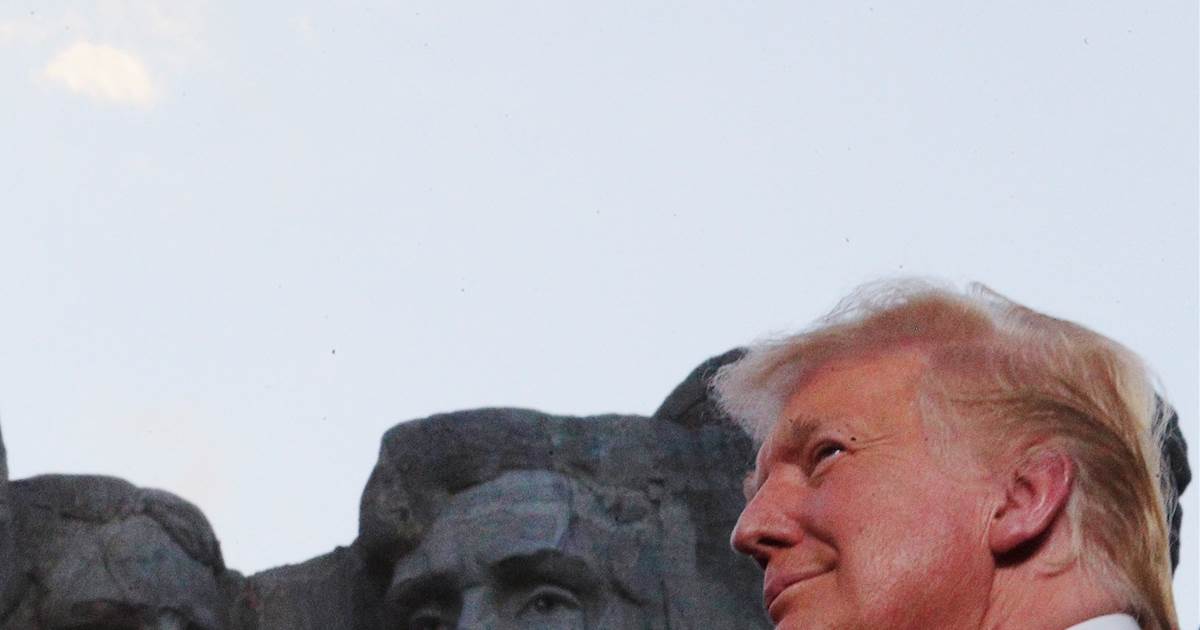 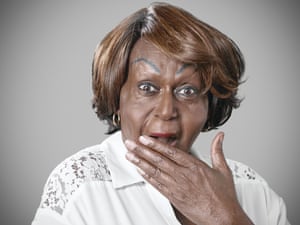 When Pearl Bennett, now 69, came out as a transgender woman at a family dinner when she was 50, she wasn’t warmly […] 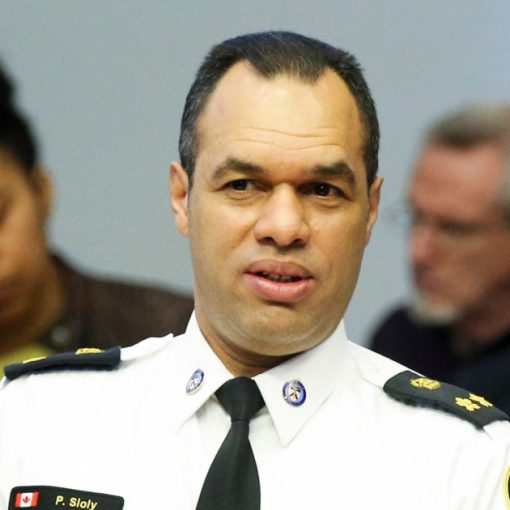