Two of former Vice President Joe Biden’s  rivals in the Democratic presidential race took issue with his approach to combating climate change following a Friday report that he plans to pursue a “middle ground” to reduce carbon emissions.

Vermont Sen. Bernie Sanders’ effort to draw a contrast with Biden was the most explicit.

“Joe talks about a ‘middle road’ on climate change,” Sanders said on MSNBC’s “Politics Nation with Al Sharpton” on Saturday. “Well, I think climate change is an existential threat to our planet. And the scientists tells us we’ve got 12 years to aggressively transform our energy system before we have irreparable harm to our country and the planet.

“We have real differences,” he added. “I like Joe, I respect Joe and I look forward to an issue-oriented campaign.”

Sanders’ remarks followed a Friday afternoon tweet he posted that, without naming Biden, criticized the idea of a “middle ground” on climate change policy.

Sen. Kirsten Gillibrand (D-N.Y.) also dismissed the idea of an approach to climate change that tries to split the difference between inaction and the most ambitious proposals for change.

Asked by reporters after a campaign event in Warner, New Hampshire, on Saturday what she thought of Biden’s reported plans, GIllibrand replied, “I disagree.”

She continued, “Global climate change is the greatest threat to humanity that exists today and we need solutions that are as bold and as urgent as the problem we actually face.”

Gillibrand went on to discuss her support for the Green New Deal, a plan popular among progressives that would use massive infrastructure investments to transition the economy to entirely renewable energy within a decade. (She also supports re-entering the Paris climate accords and enacting a carbon tax.)

Although former Rep. Beto O’Rourke of Texas did not specifically address Biden’s reported interest in a compromise-driven approach to reducing fossil fuel consumption, his strident tone during a speech outside a bar in Dover, New Hampshire, on Saturday also underscored the divergent strategies among the contenders for the Democratic nomination.

O’Rourke opened his speech with an insistence that the threat of climate change becoming irreversible in the next decade made it necessary to “take the boldest possible positions and implement them, not by half measure, nor by half steps.”

When asked what his top three priorities would be for using the power of executive orders upon entering office, O’Rourke named just one: addressing climate change.

If you look at the UN report, there’s not room really for a middle road. New Hampshire state Rep. Clyde Carson (D)

Since Biden has yet to formally articulate his plans to combat climate change, it is not clear how wide of a gulf there is between the various candidates in terms of policy.

Reuters reported Friday that Biden is preparing to introduce a climate plan aimed at attracting blue-collar workers who voted for President Donald Trump in 2016. The report is based on conversations with two Biden advisers, including Heather Zichal, a former adviser to ex-President Barack Obama who sits on the board of a liquified natural gas exporter.

Biden plans to recommit the U.S. to the Paris accord, which Trump has said he will withdraw from the moment it’s possible to do so. But in addition to promoting renewable energy, he hopes to use nuclear energy, natural gas and carbon capture technology to reduce U.S. carbon emissions.

Other candidates have set firm carbon emissions reduction targets. Washington Gov. Jay Inslee (D), who has staked his candidacy on addressing climate change, has combined ambitious goals with detailed policy plans. His 2,900-word proposal lays out a path to make the country’s electricity system and cars carbon neutral by 2030.

O’Rourke proposes spending $5 trillion on a renewable energy infrastructure transformation in order to make the country carbon neutral by 2050. But he has elicited skepticism from some climate activists for a 2015 vote in Congres to lift the ban on U.S. oil exports. And it took months of pressure to get him to sign a pledge not to accept donations of $200 or more from fossil fuel industry executives.

Like Gillibrand, Sanders has embraced the Green New Deal’s 10-year benchmark, but neither of them has laid out a detailed plan explaining how they would get there.

Sanders, however, is virtually alone among candidates in opposing fracking and supporting a phase-out of nuclear energy.

Biden’s decision to opt for a compromise-driven approach to climate change is in keeping with his focus on the industrial states that cost Democrats the White House in 2016 ― Wisconsin, Michigan and Pennsylvania. He launched his campaign at the end of April at a union hall in Pittsburgh, where fracking jobs have been a lifeline to once declining labor unions.

But the lack of a significant number of jobs linked to the fossil fuel industry in the early voting states of Iowa, New Hampshire and South Carolina could diminish an advantage on the issue for Biden until later in the Democratic contest.

Some New Hampshire Democrats who are eager for ambitious policies to combat climate change and discussed the issue with HuffPost on Saturday referred to an October 2018 report by a United Nations intergovernmental panel. The report concluded that absent major action, the climate will increase by 1.5 degrees Celsius as early as 2030, massively increasing the risk of catastrophic flooding and other disruptive events.

“If you look at the U.N. report, there’s not room really for a middle road,” said New Hampshire state Rep. Clyde Carson (D), who supported Sanders in his 2016 bid for the Democratic nomination but remains undecided this time.

Shaye Weldon, organizing director of the New Hampshire Young Democrats, which hosted O’Rourke’s event in Dover, is staying neutral in the primary race. But asked about Biden’s reported “middle ground,” she was adamant about the need for sweeping, rather than incremental, climate policies.

“We are way behind on taking action on climate change,” Weldon said. “We don’t have time to wait.” 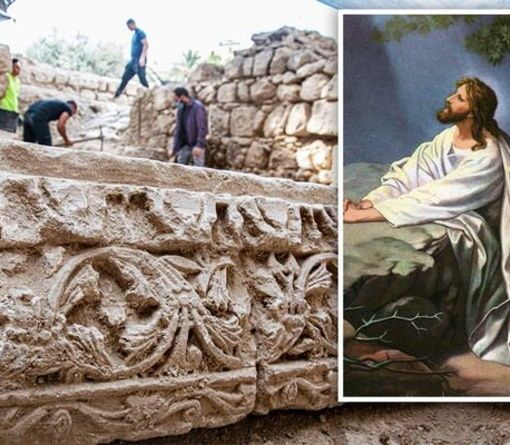 A Mikvah is a pool of water or bath used for the ritualistic cleansing of married Jewish women, although they are sometimes […] 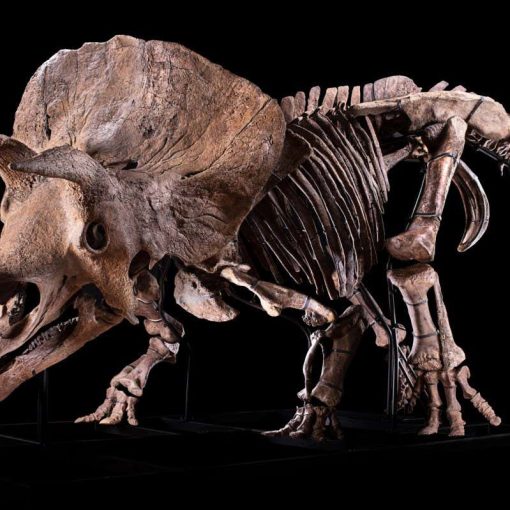 A famous triceratops skeleton that was auctioned recently for $7.7 million has an injury to its head shield that probably came from […] 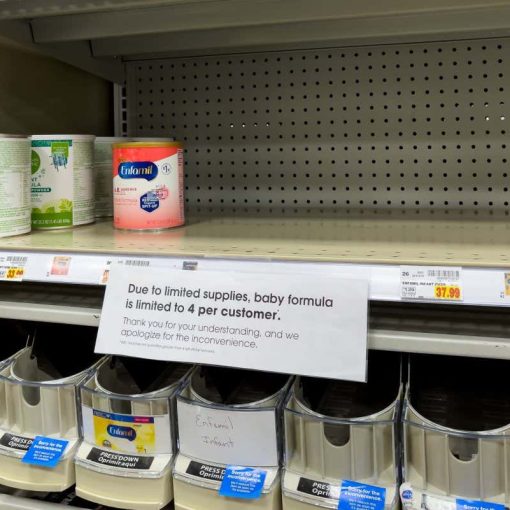 By Carrie Arnold Low stock of baby formula at a grocery store in Athens, Georgia Shutterstock / The Toidi Nearly half of […]