Streamers, like other humans who for some reason choose to not spend most of their day on camera, have to eat. Most streamers casually snack or have meals while streaming, which adds to the feeling that viewers are watching a regular person go about their daily routine. However, for Twitch’s headband-wearing money king Tyler “Ninja” Blevins, eating became a problem earlier this week due to Ramadan. “Bruh,” said one viewer in chat. “I’m fasting.” Others chimed in with similar messages shortly after.

Those messages were sent on the first day of Ramadan, May 6. Ramadan is a Muslim holiday that celebrates the first revelation of the Quran to Muhammad. It lasts a month—this year running from May 6 to June 3—and includes a daily fast from dawn until sunset. It’s no cakewalk. And so, when Ninja started eating on stream on the first day of Ramadan, Muslim viewers couldn’t help but experience some hunger pangs. Moments after the messages began to pour in, Ninja turned off his face camera, leaving only Fortnite on screen.

“Sorry to the people who are doing Ramadan,” he said. “I’ll make sure to hide my screen when I eat for the rest of Ramadan.”

So far, he’s kept it up. Today, while Ninja was playing Fortnite with fellow popular streamers Dennis “Faze Cloak” Lepore and Benjamin “DrLupo” Lupo, the two asked him what he was eating. With his face cam off, Ninja refused to answer their questions.

He’s received a flood of support from Muslim fans for the gesture, with people in chat and on Twitter thanking him profusely.

“Mad respect,” said one fan earlier this week. “I don’t care if he is the best player or not. He has to be the best streamer right now. I know it doesn’t bother a lot of Muslims if he eats or not. We stan Ninja.”

“This is so awesome to see that he took this into consideration,” said another today. “Most people wouldn’t even think about this.”

Ninja’s track record is far from spotless, having rapped a slur (for which he apologized) and controversially refusing to stream with women. Still, this is an undeniably admirable gesture from the world’s biggest streamer. Image: Sony In a financial call yesterday, Sony told investors that no first-party games will be released on the PlayStation 4 in […] Xbox One gamers can grab some big savings on top titles from the Microsoft Store right now. With all the big new […] 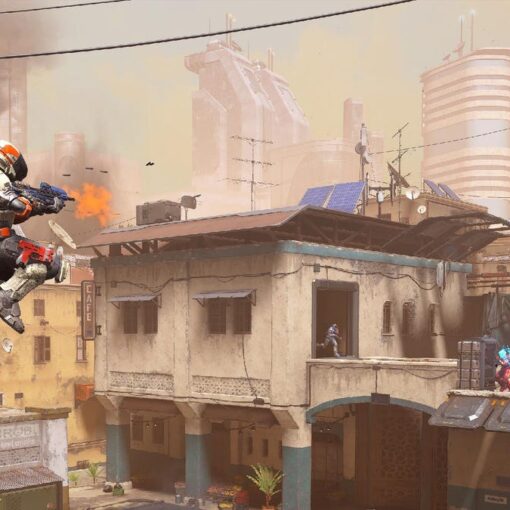 Screenshot: 343 Industries Talk about redefining “unfriggenbelievable.” A Halo Infinite player recently went 100-and-0 during an impressive spree of free-for-all matches in […]