Granny Fiver’s got it in for us, reader. On Monday we were supposed to be heading round her house to move the easy chair from the living room to the lean-to. She likes to get a bit of sun on her bones while looking at the marigolds. But then Vincent Kompany launched a rocket and it was too much to take so we headed down the local to settle the nerves. We’ll do it Tuesday, we said. But … well, The Origi and Wijnaldum Show was on that night and, let’s be honest, once Liverpool’s first goal went in against Barcelona we went back to the drinker and there was never much chance of shifting it with a belly full of foamy grog. She had the right funk on by now, stood at her front window, glaring at us from across the road like Neil Warnock. They really do look alike. “Definitely Wednesday,” we said. She wanted assurances. “Granny, it’s Spurs!”

Oh. Won’t somebody just STOP FOOTBALL! Seriously, it’s too much. The Fiver’s malfunctioning. We can barely go two seconds without someone, somewhere, doing something amazing with a ball and kiboshing our plans to do the most basic thing. Most recently it’s Lucas Moura’s fault. With Tottenham 3-0 down on aggregate having been outfought, outplayed and outwitted for 135 minutes of their Big Cup semi-final against Ajax, the little Brazilian who kept his talent very well hidden in the first leg donned his cape and showed the world that he could in fact be more lethal than Weird Uncle Fiver’s Homemade Tin.

In the space of four second-half minutes, Moura’s feet moved faster than peak Michael Flatley as he hauled his side back into the tie, trailing 3-2 on aggregate. For the first time all night, the Amsterdam Arena collectively quivered. And in the 96th minute it deflated liked a burst bouncy castle as Moura stuck a dagger in Ajax hearts by completing his hat-trick, slotting home a ludicrously late away goal. Ajax players hit the deck faster than Westworld robots switched off by their human overlords. Just another midweek miracle, then. But unlike Origi’s winner at Anfield, Moura’s came far, far later in the hazy Big Cup fantasy land that was Amsterdam. Spurs had out-Liverpooled Liverpool!

It was too much for Mauricio Pochettino, who looked like an overwhelmed gangster teddy bear as he leaked salty tears of joy afterwards. “I think it’s one of the most important nights in my life,” he sobbed. “It’s impossible to live without the type of emotion football brings. I’ve told you over the last six months that they are heroes. I think they are superheroes now.” When the dust finally settles on all this giddy drama, Madrid will have to brace itself for a Tottenham-Liverpool Big Cup showpiece in which a manager who can’t win trophies meets a manager who can’t win finals. Both can’t go 3-0 down. Something’s got to give. Best shift Granny’s chair while we can.

“The first time anyone tackled me [in English football] was a direct red. When I left the ground, I said to my dad: where have we come to? We’ve got to get back to Spain” – Valencia’s Dani Parejo gets his chat on with Sid Lowe.

“I wonder if Danny Baker is going to release another DVD called Own Goals and Gaffes? Too soon?” – Noble Francis.

“First-time caller, long-time sufferer. May I be first among 1,057 pedants to quote Big Website’s own style guide at you, re: your opening salvo describing little Leo Messi ‘sat on the turf, arms wide and legs akimbo’ (yesterday’s Fiver). ‘Arms akimbo: hands on hips, elbows out; it is surprising how often the phrase “legs akimbo” turns up in the paper, “suggesting that such a posture exists, but lacks a word to define it”, as David McKie wrote.’ Messi certainly found himself in some odd positions on Tuesday night, but I doubt he managed to etc and so on” – Neil Withers.

Send your letters to [email protected] And you can always tweet The Fiver via @guardian_sport. Today’s winner of our prizeless letter o’the day is … Noble Francis.

The original Ronaldo isn’t having any of purported plans for a European Super League to replace Big Cup. “It would be a stupid idea to try and create a new competition,” he tub-thumped. “I think that very soon there’ll be an agreement in which the biggest clubs will start receiving more and more money and they’ll be happy with that.” Ah.

David Beckham has been banned from driving for six months after using a phone at the wheel of his Bentley in London’s Trendy West End.

Long-serving Crystal Palace keeper Julian Speroni will leave at the end of the season. “You just don’t get many people like Julian in elite football any more,” parped chairman Steve Parish. “He is a model professional, ultra-committed, immensely loyal, and has set impeccable standards to his team-mates down the years.”

Pope’s Newc O’Rangers boss $tevie Mbe insists his team will not give the Queen’s Celtic a guard of honour at Ibrox on Sunday. “The club have made a decision, so my thoughts are irrelevant,” he blurted.

And Imagine Dragons will play at the opening ceremony for Big Cup final in Madrid. “We’re honoured to be playing the Uefa [Big Cup] final opening ceremony with Pepsi for some of the most passionate sports fans on the planet,” he said off the cuff.

Eni Aluko on a ridiculous week of football.

Anya Alvarez on the roots of sport’s gender inequality.

Floating footballing brain in a jar Jonathan Wilson throws all his papers up in the air and explains why anything can happen in Big Cup these days.

Also riffing on Spurs’ ‘hold my beer’ response to Liverpool’s heroics are Barney Ronay, on the north London fantasy that broke Ajax’s butterfiles, and David Hytner, awarding a load of high marks to Pochettino’s heroes. And gawp at these pictures while you’re at it.

Petr Cech reflects on his long career and the prospect of facing former club Chelsea in a Big Vase final. 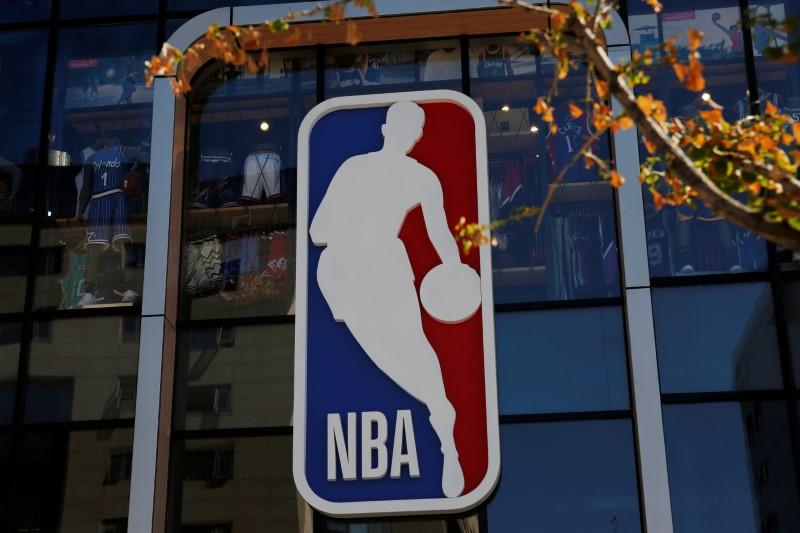 FILE PHOTO – An NBA logo is seen on the facade of its flagship store at the Wangfujing shopping street in Beijing, […]

Sweden’s Kosovare Asllani has a very different view of the Women’s World Cup third-place match to Phil Neville, who labelled it a […] 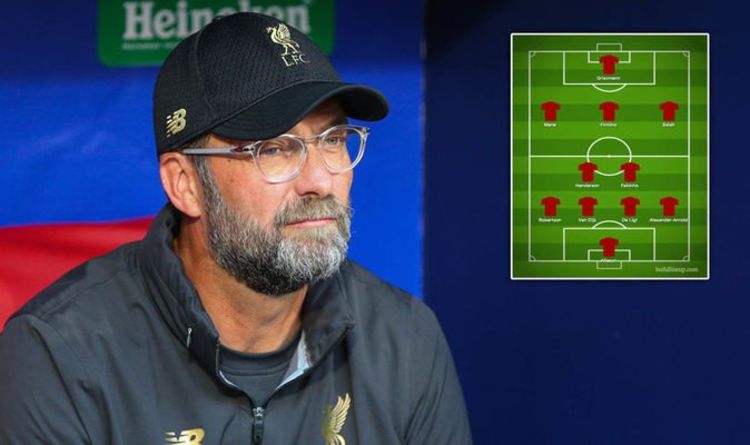 Tottenham vs Antwerp LIVE: Jose Mourinho’s side chase Europa League win to advance as group winners plus updates from Leicester and Celtic […]