Los Angeles Rams coach Sean McVay experienced paralysis by analysis in the days before his team lost to the New England Patriots in Super Bowl LIII on Feb. 3.

McVay took responsibility for the 13-3 defeat in the immediate aftermath of the game, and he expounded upon his faults in an interview with Sports Illustrated published Wednesday.

“In the back of my mind, (when making the Super Bowl game plan back in L.A.), I operated knowing I had another week,” he said. “That urgency to completely finalize the game plan wasn’t quite there, and that led to me watching so much film that you can almost water down your thought process.”

“You have so much time that you can overprepare and get away from some of the things that helped you get there. I watched every game from New England’s season. You see stuff that worked in, say, Week 3, but you forget about the amount of stuff that’s taken place since Week 3. You can watch so much film that you lose perspective.”

The report indicated no contract was finalized, adding that the Buffalo Bills remain interested after hosting Ansah for a visit in March.

Bills general manager Brandon Beane said on 1270 The Fan in Buffalo that the team is still in contact with Ansah, and that he isn’t necessarily buying that the Seahawks are the favorite.

“For him to reach out to me was unbelievable,” McKenzie’s mother, Sukeena Gunner, told the Fort Worth Star-Telegram.

“Jaylon loved Ezekiel Elliott. He talked about him all the time. … For him to reach out to me and help me in this difficult time leaves me speechless.”

Team vice president of external affairs Steven Drummond said Peppers will have an office at the team facility and will be in the building several days a week.

—Former Green Bay Packers general manager Ted Thompson said he is suffering from an autonomic disorder that contributed to his decision to step down after the 2017 season.

Thompson, 66, who was inducted into the team’s Hall of Fame on Saturday, revealed his diagnosis on the Packers’ official website. He added that medical specialists do not believe he is suffering from chronic traumatic encephalopathy.

—Washington Redskins right guard Brandon Scherff said he is 90 percent recovered from a torn pectoral muscle and will be “ready to go” for training camp.

Scherff, 27, sustained the season-ending injury during a 38-14 loss to the Atlanta Falcons on Nov. 4.

—Free agent running back Bilal Powell has been cleared to play after a career-threatening neck injury and is looking for an employer.

NFL Network reports Powell sent a letter to NFL teams to say he was “really looking forward to getting back to work.” The 30-year-old sustained a season-ending neck injury with the New York Jets in October and underwent surgery soon after.

—The Indianapolis Colts will induct defensive end Dwight Freeney into their Ring of Honor during a Nov. 10 game against the Miami Dolphins.

—Kansas City signed longtime linebacker Derrick Johnson to a one-day contract so he could retire as a Chief.

Johnson, 36, played his first 13 seasons with the Chiefs, earning four Pro Bowl nods, before playing six games with the Oakland Raiders in 2018.

Thomas will be added to the network’s on-location pregame and postgame shows for 13 Thursday night games, as well as coverage of the Super Bowl, NFL Scouting Combine and the draft.

—The Philadelphia Eagles signed safety Blake Countess to a one-year extension, after claiming him off waivers from the Los Angeles Rams last week.

Countess was a restricted free agent but is now under contract through 2020. He was primarily a special teamer for the Rams.

—The New England Patriots waived/injured former Houston and Detroit wideout Bruce Ellington, who was signed in free agency in March.

Ellington caught 31 passes for 224 yards and one touchdown across seven games with the Texans and Lions in 2018.

Smith had 129 touches for 631 yards and six touchdowns in four years with Dallas, the past three as a backup to Elliott. 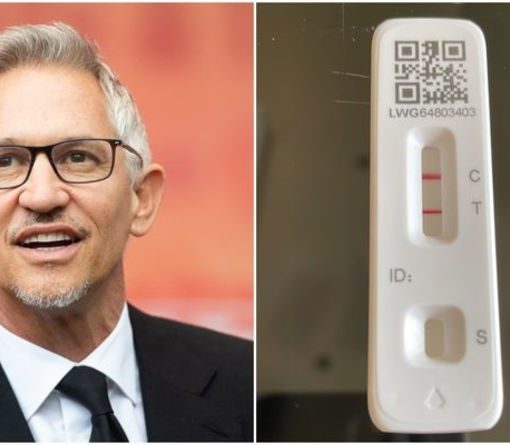 Gary Lineker has revealed he is ‘gutted’ to withdraw from the BBC’s FA Cup coverage after testing positive for Covid. The presenter […] 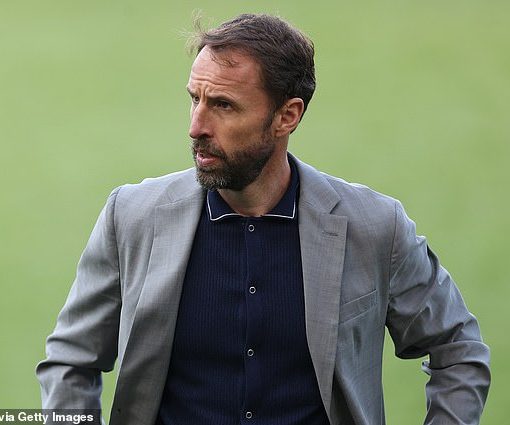 Edwin van der Sar can still picture the bemusement on the faces of Ryan Giggs and Paul Scholes, his Manchester United teammates […]