Lucifer season four is released on Netflix today (Wednesday, May 8) with every episode available to binge at once following the series’ cancellation by Fox. Netflix has managed to get all of the Lucifer cast to return in season four after picking up the series from US network Fox and will release all 10 episodes at once instead of a weekly basis as per previous seasons. With Tom Ellis returning as the title character, here’s which other actors star in the Lucifer cast.

Who is in the cast of Lucifer season 4 on Netflix?

Ellis, 40, reprises the role of the title character in Lucifer having starred in every episode to date.

Lucifer’s leading man took to Instagram after filming for season four had ended to express his excitement for the new series.

The actor wrote: ”Thank you to all the crew who helped make #luciferseason4 so enjoyable,

“And for making our first season on @netflix one to remember. Can’t wait for you to all see it next year!”

Away from the Netflix series fans may recognise Ellis for his previous roles in some of the UK’s and USA’s biggest TV series.

WHAT DOES TOM ELLIS WANT TO HAPPEN IN LUCIFER SEASON 4?

German reprises the role of Chloe Decker, an LAPD homicide detective who works with Lucifer to solve crimes.

The actress landed the role having impressed in NBC drama Chicago Fire as Leslie Shay, in CBS’ Hawaii Five-O as Lori Weston and in ABC series Happy Town as Henley Boone.

Woodside, 49, returns for his fourth season on Lucifer as Lucifer’s older brother.

After spending most of the past three seasons trying to bring Lucifer back to hell and change his ways, Amenadiel will be hoping it’s fourth time lucky for his brother.

Lucifer isn’t the only hit TV series on Woodside’s CV as the actor boasts parts in Suits, 24 and Single Ladies.

WHY DIDN’T THE CW NETWORK SAVE LUCIFER?

Lucifer’s closest ally and everyone’s favourite demon-turned-bounty-hunter Mazikeen will be back in season four.

Brandt, 37, will take on the role once again having made her Lucifer debut on-screen in the series pilot.

Similar to Woodside, Brandt enjoyed a stint on VH1 series Single Ladies, as well as starring in Gotham, The Librarians and CSI: NY.

Since joining in season two, Ella has proved an ever-present on Lucifer and fan-favourite character with viewers.

HOW TO WATCH LUCIFER SEASON 4 ONLINE

One newcomer to the cast Lucifer in season four is Levi as she takes on the role of Eve.

Eve will be in close contact with Lucifer in season four as sparks between the pair fly throughout.

Another new addition the Lucifer cast is The Hobbit star McTavish.

Father Kinley will undoubtedly have a lot to say about Lucifer’s ways once he’s introduced in season four.

Besides Lucifer and The Hobbit, McTavish is recognisable for his parts in Hollywood blockbusters Aquaman, Rambo and Creed.

Other actors to keep an eye out for in Lucifer season four include:

Lucifer season 4 is available to stream on Netflix from Wednesday, May 8. Transcript for Jussie Smollett: ‘I’m pissed off’ at people who question attack the storms a bit later here. Will, thank you. Next […] 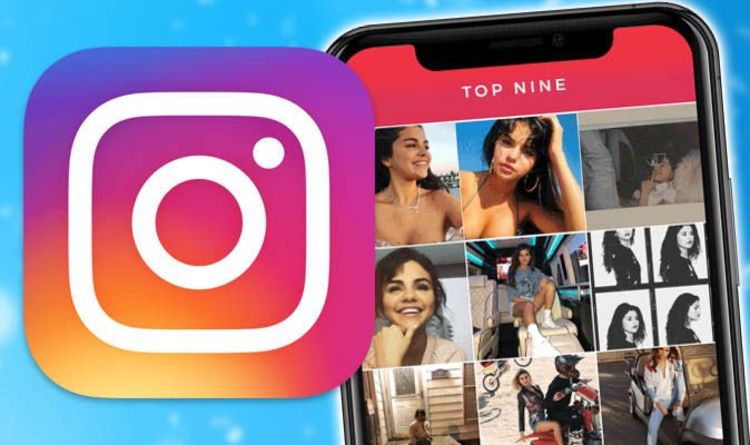 Instagram Best Nine 2018 collages are now filling up feeds on the Facebook-owned social network. It’s that time of the year again […] Alright, nobody tell Chief Hopper about this.. Millie Bobby Brown, who plays Eleven on Netflix’s Stranger Things, and singer Harry Styles were spotted dancing together […]

Rey, Finn, BB-8 and Poe Dameron have been on an epic journey since 2015’s Star Wars: The Force Awakens. And in December, […]