Houston were agitated throughout the contest, feeling aggrieved at the officials for a lack of calls on dubious fouls on the three-point line.

There were a number of occasions both James Harden and Paul were knocked to the floor after an attempted three only for no foul to be given.

Paul was furious at one point in the game after dropping a three over the top of Shaun Livingston with no foul again, and his reaction earned him a technical.

Then in the dying seconds of the game, the Rockets stole the ball for the final possession with a three-pointer tying the game.

Harden got a shot away, only for it to bounce off the rim.

Paul picked up the rebound with time still on the clock, with the Warriors defence swarming to him and Eric Gordon.

The referees then called for a Warriors ball as Gordon stepped out of bounds, sparking a furious response from Paul.

He was handed his second technical of the game, leading to an ejection.

Steph Curry hit the corresponding technical free throw, with the Warriors holding out for the win.

The officiating may have stole the headlines on social media, with Rockets fans clearly furious at some of the calls not given.

But if Game 1 is any indicator of things to come in this series then it could become one of the best in recent history.

Last year’s Western Conference Finals was a closely fought affair, with Paul’s absence in Game 7 clearly felt by the Rockets. 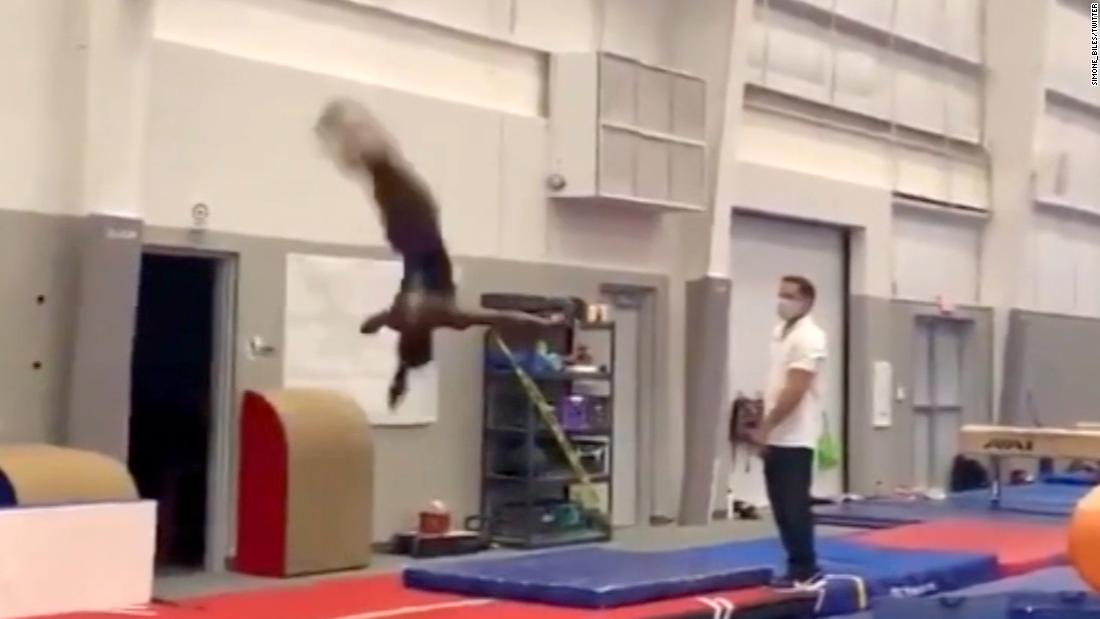 Simone Biles should have been competing at the Tokyo Olympics later this month. source: cnn.com The Nou Camp outfit won 4-0 on Saturday night with Messi netting a pair of wonderful set-pieces. It came just days after […]