At first blush, Caracas and Tehran may seem to have little in common.

But for the Trump administration, the governments in the capitals of South America’s Venezuela and Persian Iran are practically two peas in a pod – oppressors of their own people and malign actors in their regions – and they need to go.

And so, despite a foreign policy that is otherwise for the most part leaving authoritarian rulers alone, the United States under the Trump administration is levying some of the heaviest sanctions ever against the socialist regime of Nicolás Maduro in Venezuela and the ayatollah-overseen Islamic republic in Iran.

Recommended: What the Mueller report is and isn’t: The fog begins to lift

Just this week, Secretary of State Mike Pompeo took the world – and specifically a number of key U.S. partners – by surprise in announcing that as of next week (May 2), the U.S. will no longer grant waivers to countries importing Iranian oil and will begin imposing sanctions on countries that continue to purchase Iranian crude.

Since President Donald Trump pulled out of the Iran nuclear deal last year, the U.S. had been waiving sanctions on a list of major Iranian oil importers, including China, India, South Korea, Taiwan, and Turkey.

The intent of ending the waivers, Mr. Pompeo said, is to drive Iranian oil exports to zero.

That stated goal had a familiar ring, as the Trump administration has also imposed sanctions on Venezuela’s state-owned oil company PDVSA in order to dry up the Maduro government’s lifeline of oil exports.

The Trump administration has made no bones about its objective in Venezuela: use sanctions to bring down President Maduro and replace him with opposition leader and self-declared legitimate president Juan Guaidó. In the case of Iran, on the other hand, the U.S. says it is aiming for a more modest change in behavior by a regime it considers to be the world’s leading state sponsor of terrorism.

But for many experts in the uses and limitations of economic sanctions, the clear objective of the Trump administration in both cases has an unequivocal name.

“With both Venezuela and Iran, it’s clearly regime change they are after,” says George Lopez, an expert in economic sanctions and security and professor emeritus of peace studies at the University of Notre Dame in Indiana. “There’s really no policy change either target could undertake that would please this administration enough to reverse their unilateralist actions.”

That said, there is simply no precedent to suggest that sanctions, no matter how draconian, ever work to force regime change, the experts add.

“If ‘working’ means we impose costs, then yes, we can impose costs, and even severe costs,” says Jim Walsh, a senior research associate at the Massachusetts Institute of Technology’s Security Studies Program in Cambridge and an expert in the effectiveness of sanctions in addressing Iran’s and North Korea’s nuclear programs.

“But if by ‘working’ we mean getting them to bend to our will and capitulate, that’s less clear. And in terms of changing behavior,” he adds, “we know from all kinds of examples that using sanctions by themselves is not particularly effective.”

Others are even more categorical. “There is simply no precedent for an externally driven economic implosion to trigger a successful transition away from a well-entrenched authoritarian regime towards a durable democracy or enhanced regional stability,” said Suzanne Maloney, an Iran expert and deputy director of the Brookings Institution’s foreign policy program, in a Brookings analysis of Secretary Pompeo’s announcement Monday.

At the heart of the Trump administration’s Iran and Venezuela policies is a rejection of the traditional use of sanctions as one of a number of diplomatic tools to resolve a conflict or elicit concessions from an adversary, sanctions experts say. In its place is instead an unprecedented conception of sanctions as a bludgeon to force an adversary’s surrender.

For some analysts, this shift in the use of sanctions has its roots in practices honed by Mr. Trump over his long business career as well as in the president’s perception of the U.S. economy and America’s unrivaled role in global financial markets as his ultimate weapon for unilaterally forcing change.

“Trump’s view of sanctions is that when you’re the economic strongman, you can put your foot on the throat of any target, and sooner or later they will capitulate because they have no other choice,” says Professor Lopez. “He has held that view in his personal business activities,” he adds, “and now he’s applying it in foreign policy, backed up by his view that until now the United States’ economic strength has not been used properly or to the full extent possible.”

Indeed, Mr. Bolton has long called for outright regime change in Tehran, and his is one of the most fervent voices demanding Mr. Maduro’s departure.

It’s not that sanctions don’t work, experts say; it’s rather that history shows they don’t work alone, and maximalist use tends to prompt entrenched adversaries to hunker down and hard-liners in a regime to carry the day over moderates more inclined to consider concessions as part of diplomacy.

As Ms. Maloney at Brookings notes, Iranian leaders who traditionally had been “loath to negotiate” suddenly felt an urgency to reach an accord with the U.S. and other international parties over Iran’s nuclear program after the Obama administration imposed “then-unprecedented measures” between 2010 and 2013.

What Iran’s willingness to negotiate demonstrated, she says, is that “the logic that severe pressure can force a recalcitrant Tehran to yield is itself not wholly unrealistic.”

Other experts note that sanctions have played a role in ending civil wars in Liberia and Sierra Leone and in stabilizing Ivory Coast’s democracy.

But they emphasize that sanctions worked in those cases, as they did with Iran, only as part of a diplomatic package of carrots and sticks and not as a unilateralist blunt-force weapon.

“The incentives side of sanctions almost always kicks in at the end, to get concessions that you otherwise can’t get, but that step is always there,” says Professor Lopez. “But if you look at what we’re doing with Iran and Venezuela right now, it seems that’s a step too far for this administration.”

Secretary Pompeo has outlined a 12-point plan of actions Iran could follow to win full relief from U.S. sanctions. But as MIT’s Dr. Walsh says, “It’s one thing to use diplomacy to make demands of an adversary to start modifying behavior; it’s another thing to go after the identity of a country. And if you look at Pompeo’s 12 points,” he adds, “it’s really saying ‘We want nothing less than a complete change in the identity of the Islamic republic of Iran.’”

“My hunch is that the real purpose of all of this is to force the Iranians into a corner where they have no choice but to pull out of the JCPOA,” the nuclear deal Iran is still honoring despite the U.S. withdrawal, he says. “And if they do that and follow up with something to save face, like installing new centrifuges or ramping up enrichment,” he adds, “that gives us the opportunity to use military force against those facilities.” 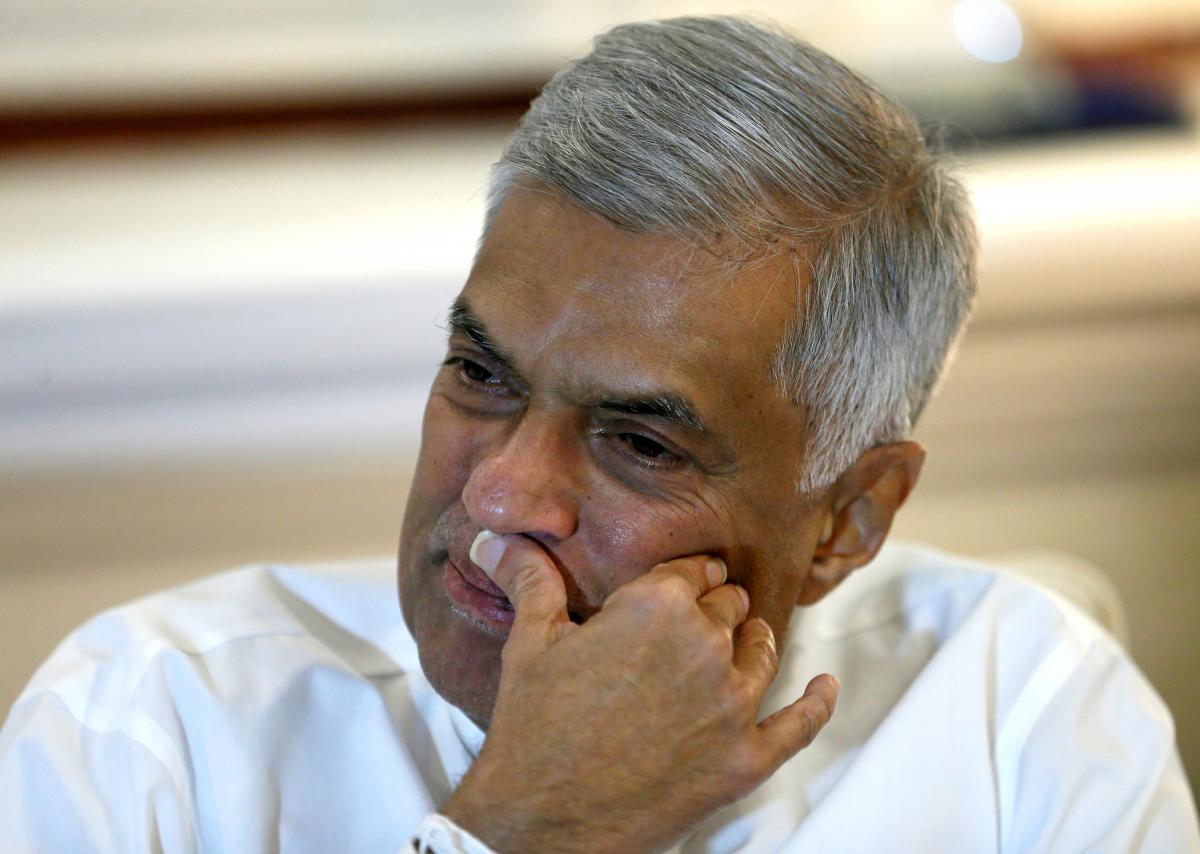 Prime Minister Roosevelt Skerrit said there is “widespread devastation” on the former British colony, just hours after he was rescued from his […] 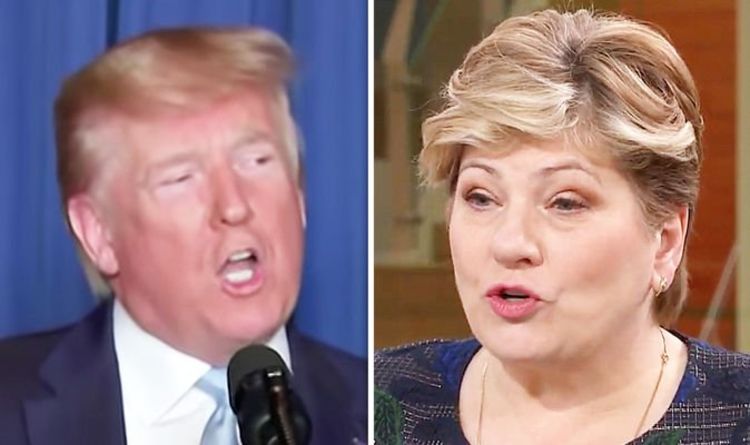 World War 3 anxiety rocketed after the US confirmed their forces carried out the strike which killed Major-General Qassem Soleimani on Friday, […] 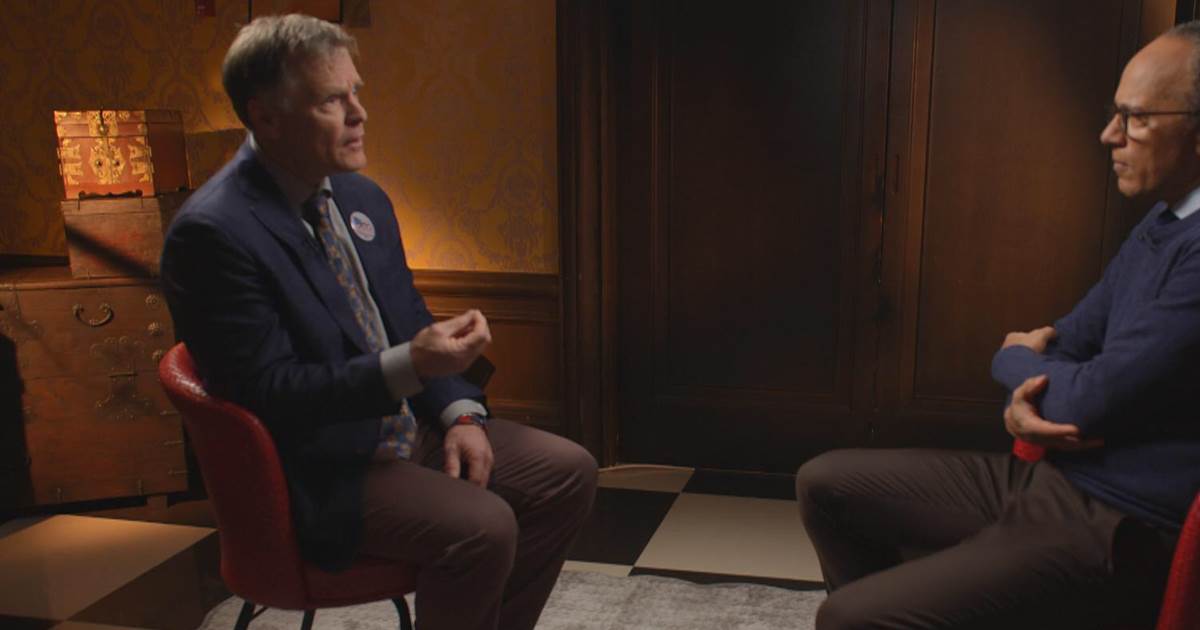 PYEONGCHANG, South Korea — The father of American college student Otto Warmbier, who died shortly after being released from prison in North […]