Liverpool are ready to pay £22million to sign Julian Brandt this summer.

The Bayer Leverkusen star was tipped to join the Reds in 2017, however, Liverpool signed Mohamed Salah instead.

And Bild claim Liverpool are now back in for the Germany international.

They reckon the Reds are willing to pay £22m for Brandt, who is also being eyed by Juventus and Real Madrid.

“Four or five players will be leaving this summer,” he said.

“All clubs are forced to balance their accounts except perhaps one. I would say yes, it is sure he [Pepe] will leave.

“He enters a price range that can no longer be paid. There is a career choice to make for him, I think he will have the choice.”

Ole Gunnar Solskjaer has refused to answer whether Man Utd are in for Philippe Coutinho.

The ex-Liverpool man has been tipped to return to the Premier League, with United and Chelsea linked.

And Solskjaer was asked about the Barcelona star this week, however, the United boss refused to discuss the rumours.

Chelsea must sign a new striker to compete for silverware next season, Graeme Souness claims.

“I’ve said all year, I don’t think Chelsea are far away,” Souness said on Sky Sports after Chelsea’s loss at Liverpool on Sunday.

“It’s a very different Chelsea, you’d have that focal point, someone that will take the centre-backs on physically.

“But, at the start of the season they had Morata who wasn’t good enough, Giroud is still there who doesn’t do enough for me and obviously the manager saw it that way.

Juan Mata has insisted David De Gea is happy at Manchester United, despite being yet to sign a contract extension.

“David is an extraordinary player,” Mata told Mundo Deportivo. “He gives you points and stops the game changing in a matter of seconds.

“There are not many like him, rather they are scarce.

“He talks about his future for a long time but he still has a contract. It is quiet, centred. I see him well and happy.”

The Daily Mirror claim the Spanish giants have made Rashford their No 1 target this summer.

Rashford and United are locked in talks over a new contract, however, nothing is agreed yet.

The Mirror add that Real Madrid are also tracking the England international.

Chelsea are ready to sign Philippe Coutinho if their transfer ban is lifted this summer.

Spanish newspaper Sport claim the Blues are keen to spend – if allowed – and Coutinho tops their wishlist.

Chelsea feel Coutinho would be the ideal replacement for Eden Hazard, with the Belgium international expected to join Real Madrid.

Manchester United were also linked with Coutinho, however, Sport say the Red Devils will not sign the former Liverpool man this summer.

Man Utd have agreed to talk with Paul Pogba about his future in a month’s time amid interest from Real Madrid.

Real Madrid are ready to splash the cash this summer – and Pogba is near the top of their wishlist.

The Red Devils are hopeful that their star midfielder will stay at the club.

Real Madrid will have to pay £130million to sign Liverpool star Sadio Mane.

El Confidencial say Zinedine Zidane is a big admirer of the Senegal international, who has impressed at Anfield this season.

However, Liverpool are ready to demand £130million for their star man.

El Confidencial add that Eden Hazard, Paul Pogba, Christian Eriksen and Mane are all being eyed by the Spanish giants.

Arsenal are readying a move for Burnley ace Dwight McNeil.

The Daily Star say the Gunners are one of four teams after the 19-year-old.

Manchester City, Everton and Newcastle are also keeping tabs on McNeil, who has netted three goals and chipped in with five assists this season.

McNeil is under contract at Burnley until 2023 having put pen to paper on a new deal in January.

The plan was to protest against six years of mismanagement under Farhad Moshiri but Everton, and Demarai Gray in particular, had other […] 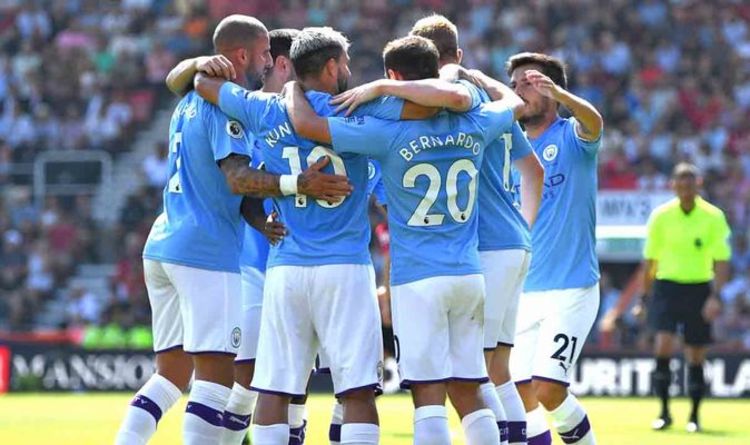 The Premier League must change its rules to prevent human-rights abusers from taking control of clubs, Amnesty International has said. In a […]