First announced in 2017, the Harry Potter: Wizards Unite augmented reality game will be familiar to anyone who’s played the wildly successful Pokemon Go. Relying on your phone’s GPS, you move around the physical world and interact with beasts, objects, points of interest and other witches and wizards you come across on your game’s map.

The game is a joint effort from WB Games San Francisco and Niantic under the Portkey Games label. It’ll be released before the end of the year, the game developers said at a briefing at Niantic’s San Francisco headquarters.

The game is far enough along in development that Niantic invited a handful of journalists to its offices to get an update and then play a prerelease version. (For Android users, you can preregister for the game on the Google Play store, while Apple’s iOS App Store isn’t accepting preregistrations yet.)

Prowling the waterfront of San Francisco on a rainy morning, I was surprised by how much I enjoyed this Potter-meets-Pokemon-Go experience.

What is Harry Potter: Wizards Unite?

I’m walking to my bus after a day at the office keeping my wits about me. Instead of dodging traffic or the guy trying to get me to sign a petition, I’m watching for magical beasts from the world of Harry Potter. Dueling dark wizards and overpowering magical beasts is a tough job, but it’s all in day’s work when you’re keeping the Muggle world safe from unexpected calamity. And it’s all happening on my phone.

An unexplained calamity is scattering magical items across the Muggle world.

It’s unclear who’s responsible and how long the magical artifacts will stay hidden from Muggles.

As part of the Statute of Secrecy Task Force, your duty is to look for magical traces of the calamity and piece together clues to uncover the cause. When you come across evidence, you enter it in a registry of your discoveries about the anomalies.

The game builds on the Harry Potter books and movies and the two Fantastic Beasts films to create a compelling and familiar wizarding world on your phone.

As a fan of the Potter franchise, I couldn’t wait to step into the magical universe to cast spells, encounter beasts and confront dark wizards.

What are the game basics?

Wizard’s Unite uses much of the same underlying technology as Niantic’s other games — Ingress and Pokemon Go — to create the map, points of interest and AR environment. If you’ve used the map on those other games to navigate to a portal or a gym and if you’ve traced a glyph or tossed a Poke Ball, you’ve got a head start here. But as familiar as the game feels, it’s distinct enough that I didn’t feel like I was playing a reskinned Pokemon Go. Instead, I was in a new and strange world.

Part of the fresh experience comes from several tricks not found in Ingress or Pokemon Go that improve shared multiplayer AR environments. (You can catch a glimpse of that in this Niantic video.) And unlike in Pokemon Go, you’re armed with spells in Wizards Unite. To cast one, trace a spell hint with your finger on your phone’s screen. The onscreen motions are not unlike the glyphs you trace in Ingress.

How do I get started?

To get going, create your wizarding avatar. Use your phone’s camera to snap a photo of yourself. You can then outfit it with witch and wizard garb.

While cooperative play makes up a big part of the game, your avatar isn’t automatically shared with others and is saved just to your device. (The game also will come with parental controls to help adults manage children’s accounts.)

The game lets you pick your Hogwarts house and choose your wand. But don’t agonize over your choices: You can switch houses and wands at any time. If you’d rather be sorted into a house than choose one, head over to the Harry Potter official website and have the Sorting Hat place you.

You also choose a profession — an Auror, Magizoologist or Professor — which each offer job-specific skills and abilities you upgrade to as you go. As with houses and wands, you’re not locked into your profession.

How do I play?

On your game map, you’ll see magical buildings, supplies on the ground and glowing magical traces that signify someone or something displaced by what the game calls the Calamity. The buildings include Inns, where you collect wizarding foods to use as energy for spells, and Greenhouses, where you gather potion-making ingredients. You can also find potion-making materials on the map, including items that appear only in distinct biomes and during different weather conditions.

Along with Inns and Greenhouses, you’ll find Fortresses on the map. A bit like a Gym in Pokemon Go, a Fortress is where you join forces with up to four other players to dispel magical creatures and Death Eaters. You battle in real time with the other players in a shared arena. After you defeat one opponent, you can move on to another until the Fortress is cleared.

But the main attractions are the magic traces you discover on the map. “Magic always leaves traces, sometimes very distinctive traces,” Professor Albus Dumbledore told Harry. It is true in the books and movies, and it’s true in the game.

The magical traces are items the unexplained Calamity has displaced from elsewhere in the wizarding world, past or present. Each trace points to a pair of items: a “Foundable” and a “Confoundable.”

Tap a trace, for example, and you may uncover Harry Potter — a Foundable — under attack by a Dementor, a Confoundable. A magical-exposure clock, much like one seen in Fantastic Beasts and Where to Find Them, measures the threat level of the trace to the Muggle — or as it’s called in the US, the No-Maj — community and gives you an idea of how difficult the confounding magic will be to defeat.

Cast a spell to overpower or dismiss the confounding magic and return the found object back to its proper place. Successfully dismissing a Confoundable earns you rewards and goes toward leveling you up.

You also may come across dark wizards on the map whom you can duel. Duels are fast paced, and you need to switch briskly between defensive and offensive spells to defeat your opponent. As you cast spells, you want to accurately trace the spell hints on your screen. Be careful since you’re penalized if your wand work is too sloppy. Potions can help with the accuracy of a spell and heal damage caused by an opponent’s spell.

For me, working out the mechanics of locating an opponent, targeting them, casting spells and minding my health took a few battles to work out. But after I figured out the process, battles were exciting. Not sure I reached the casual confidence of Sirius Black battling Death Eaters, but I felt more effective than a first-year Ron Weasley.

And finally, you can find on the map and then use a Portkey to transport to an immersive VR-like magical location to explore and gather supplies.

Can I play it on my phone and in my country?

Niantic and WB Games San Francisco said, to start, the game should be available in 19 languages — including English, French, Spanish, Japanese and both simplified and traditional Chinese — but didn’t commit to which regions the game would be available at launch. Likewise, while it said the game would run on a broad variety of iOS and Android phones — from high-end devices to older models — it wouldn’t discuss specific devices. Nor would it comment on whether the game would work with hardware accessories, like maybe a wand, or have smart watch integration.

There’s good news for those who worried the game would be stuffed with microtransactions: Mary Casey, Executive Director of Product for WB Games San Francisco, said the goal is to allow people to play through the game without paying or hitting microtransaction walls. Inns and Greenhouses have a cool-down period after you gather supplies, much like a PokeStop does. And as in Pokemon Go, you’ll be able to buy supplies if you want.

When is it coming out?

We still don’t know for sure. All Niantic and WB Games San Francisco would say is the mobile game is coming this year. We also don’t know if it will be available in beta first.

To get ready, you can reserve your Ingress Agent or Pokemon Go Trainer name to use in Wizards Unite, if you want. Before April 30, head over to Niantic’s reservation portal, log in with your credentials and reserve your code name.

When it does come out, Jonathan Knight, Studio Head of WB Games San Francisco, promises that Harry Potter: Wizards Unite will be a deep role-playing “forever game,” with the Calamity forming a multiyear story arc.

At the event, I may have seen a bit of the arc. During the briefing I saw a quick reference to “The London Five,” four Ministry of Magic workers and one “Daily Prophet” reporter who are missing. The missing five didn’t appear during gameplay but may show up at some point in the story.

Could it be as big as Pokemon Go?

Uniting the wildly popular Harry Potter and Pokemon Go franchises looks like a solid bet for a hit game. The game developers also have done a good job of building excitement among Harry Potter fans, providing community members with early access to promotional videos and hints.

This isn’t the first time Warner Bros. has tried to create a game for Potter fans. Last year, Portkey Games worked with Jam City on Harry Potter: Hogwarts Mystery, a roleplaying game set in the 11 years between Harry’s birth and his entering Hogwarts. While players seemed to enjoy the story and gameplay, they complained that much of the game was driven by microtransactions. In the year since its release, Jam City has worked to make the game less dependent on transactions.

Fans will also have to hope Niantic learned from Pokemon Go’s launch three years ago. The company wasn’t prepared for how quickly the game blew up in the summer of 2016 and spent months catching up with the demands of the passionate and vocal player community that shot up. After early stumbles with wobbling game servers and an inauspicious first festival, Niantic has done a better job of rolling out updates over the last year.

Is this the game Pokemon Go and Potter fans want? Niantic has shown if players come and stick around, the company will create an experience players enjoy. And I was unexpectedly pleased that the game felt both comfortably familiar and fresh. I look forward to playing when it finally launches.

So, you’re ready to buy your first electric car. There’s a good chance you’re looking very closely at various EVs and their […] 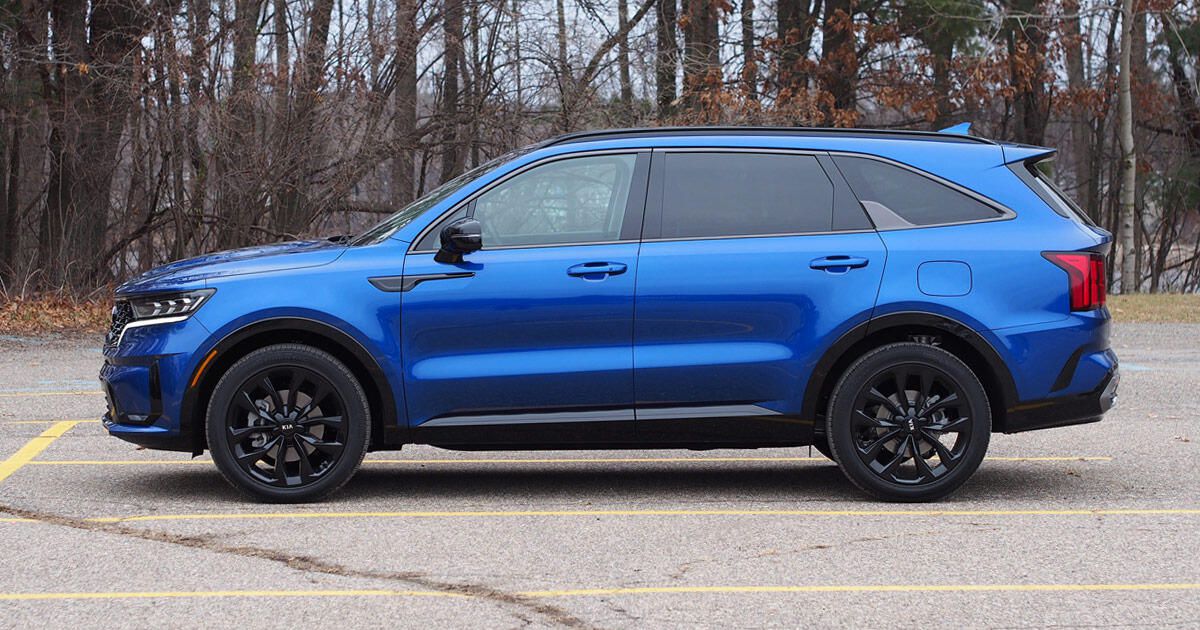 Kia builds great vehicles these days, something I was reminded of by the Telluride I reviewed not long ago. This three-row SUV […] 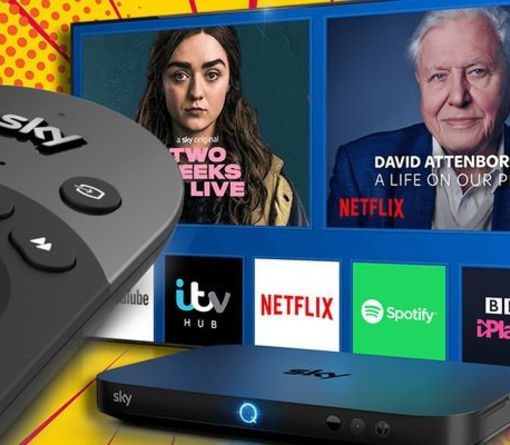 It’s pretty rare to get something for nothing, but that’s exactly what Sky is offering a number of its satellite telly customers. […] 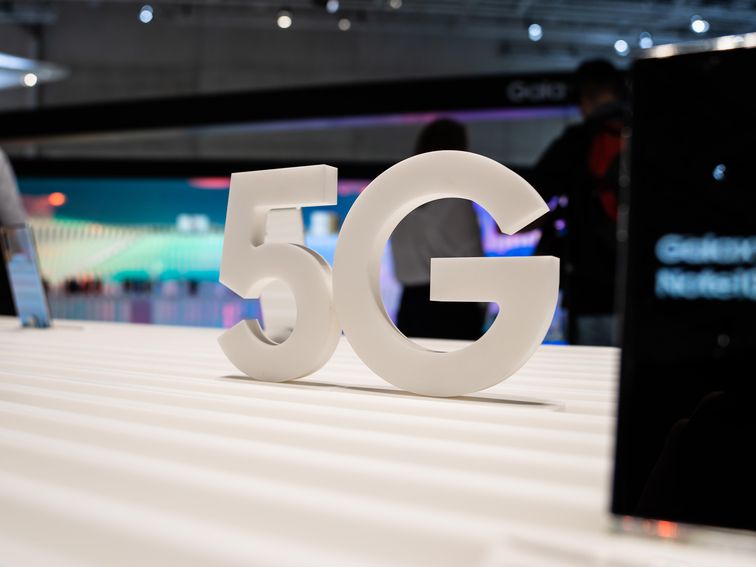 Smartphone companies like Samsung are going big into 5G. Chris Monroe/CNET After years of hype and a bumpy first year of launches, […]