Rodney Hood scored 21 points, and Evan Turner came off the bench for a triple-double as the Portland Trail Blazers pulled away for a 132-122 victory over the Minnesota Timberwolves on Monday night in Minneapolis.

Turner went 5-for-5 from the field while collecting 13 points, 11 rebounds and 10 assists in only 24 minutes for the Trail Blazers, who have won 10 of their past 12 contests.

Enes Kanter contributed 20 points, 11 rebounds and five blocked shots, and Seth Curry scored 19 points for Portland, which shot 54.9 percent from the field and made 15 of 30 3-point attempts.

Andrew Wiggins had 21 points, and Karl-Anthony Towns scored 17 points with 12 rebounds for the Timberwolves, who have lost eight of their past 10. Tyus Jones had 14 points and 10 assists.

Giannis Antetokounmpo scored 28 points, 14 of them in the fourth quarter, to lead Milwaukee to a win over Brooklyn in New York.

With the win, the Bucks’ magic number for clinching home-court advantage throughout the playoffs is one. The Toronto Raptors kept pace with the Bucks in the race for the best record in the league by beating the Orlando Magic.

The Nets remained a half-game ahead of the Pistons in seventh place in the Eastern Conference as Detroit lost to Indiana. All five Bucks starters scored in double figures, led by Eric Bledsoe with 29 points. D’Angelo Russell paced the Nets with 28 points.

The Raptors gained a split in the four-game season series with the Magic, who are still trying to get into the playoffs. Orlando remains a half-game back of the Miami Heat, who also lost Monday, for the final spot in the East.

Al Horford’s second career triple-double led host Boston over Miami in the opener of a home-and-home as the Heat narrowly held onto the eighth and final playoff spot in the East.

Horford had 19 points, 11 rebounds and 10 assists for his first triple-double since 2015. Kyrie Irving added 25 points and eight rebounds, Jayson Tatum scored 19, and Marcus Smart had 16 points as the Celtics maintained a share of fourth place in the Eastern Conference, along with Indiana.

Goran Dragic scored 30 to lead the Heat, while Bam Adebayo had 19 points and 14 rebounds and Dwyane Wade chipped in 17 points in his last regular-season game in Boston.

Donovan Mitchell scored 25 points to lead a balanced attack that propelled Utah over Charlotte Hornets in Salt Lake City despite a 47-point night from the Hornets’ Kemba Walker.

Rudy Gobert added 18 points and 18 rebounds for the Jazz while Ricky Rubio chipped in 20 points and 13 assists. Five players scored in double figures to help the Jazz win for the 10th time in 11 games.

Dwight Powell scored 14 points and rookie Jalen Brunson had 13 for the Mavericks, who won handily despite the fact that Luka Doncic wasn’t available because of a thigh injury.

JJ Redick led the Sixers with 26 points while Tobias Harris added 25. Ben Simmons scored 17. The Sixers, who played without center Joel Embiid (load management) and guard Jimmy Butler (back), had their brief two-game winning streak snapped. Philadelphia is 7-8 without Embiid this season.

Young also had nine rebounds and five assists, while Bogdanovic racked up seven rebounds, six assists and three steals. Domantas Sabonis delivered 18 points and 12 rebounds off the bench before fouling out.

Luke Kornet scored a career-high 24 points on 8-for-11 shooting, and New York pulled away for a win over visiting Chicago. Kornet hit 5 of 7 shots from beyond the 3-point arc, pulled down six rebounds and blocked three shots as part of one of the best performances of his two-year career.

His previous high was 23 points, which he reached once as a rookie and twice this season. New York snapped a six-game losing streak and won for only the second time in its past 16 games. The Knicks’ most recent victory had been March 17 against the Los Angeles Lakers.

Robin Lopez scored a game-high 29 points for Chicago, which lost its fifth game in a row. JaKarr Sampson added 22 points off the bench in his Bulls debut after appearing in 169 games with three teams over parts of the past four seasons.

Devin Booker, who scored 25 points and handed out 13 assists, was one of four Phoenix players with double-doubles as the Suns ended a six-game losing streak by beating visiting Cleveland.

Collin Sexton led the Cavaliers with 21 points, one more than Jordan Clarkson. Tristan Thompson and Ante Zizic each scored 15, and Brandon Knight had 10 as Cleveland lost its sixth game in a row. 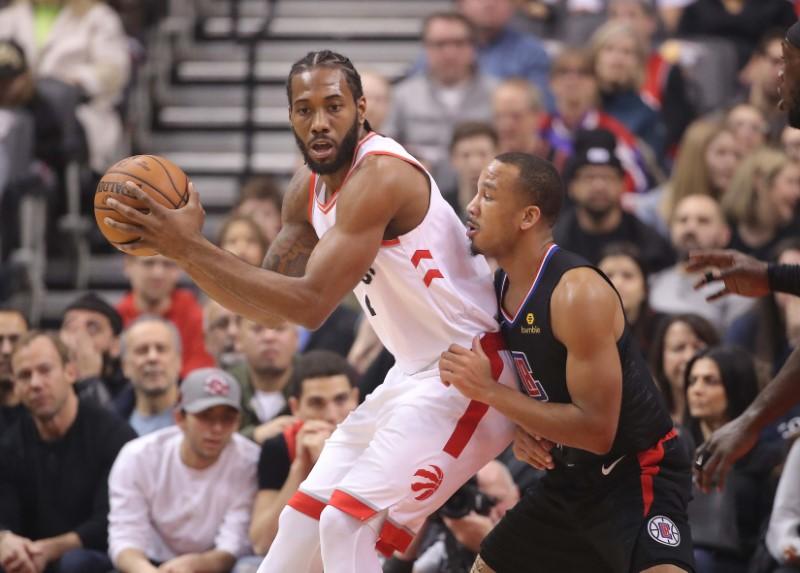 68 min: Jennings fluffs his lines! Butler, this time cleanly, comes across from left-back to steal the ball away from the Tranmere […]

2.08am BST02:08 The winner of tonight’s match will advance to a semi-final clash with Daniil Medvedev, the 25-year-old Russian who booked a […]