Top trade officials from the US and China are meeting in Washington as a deadline to strike a deal approaches.

This is the second round of talks since Presidents Donald Trump and Xi Jinping met in Argentina last year and agreed to negotiate in the hope of defusing an escalating tariff war.

There is widespread scepticism that the two sides can reach a substantive deal by the 1 March deadline.

Recent charges against Huawei have added to the complications.

“Let me just remind people, we do have another 30 days after this so my expectation is we’ll make significant progress at these meetings, but I would just emphasize these are complicated issues,” Mr Mnuchin said.

The Chinese delegation will be led by Vice Premier Liu He, a close economic adviser of Mr Xi, and central bank governor Yi Gang.

They will meet with the US Trade Representative Robert Lighthizer and White House trade advisor Peter Navarro.

What is the fight about?

Mr Trump has long blamed China’s rise as an exporter for a loss of manufacturing and other jobs in the US.

But the issues facing the two countries are broader than the trade deficit.

The US is pressing China to make changes to its economic policies, which it says unfairly favour domestic companies through subsidies and other support.

It has also accused the government of supporting technology theft as part of its broader development strategy.

Where do the two countries stand now?

The US imposed tariffs on $250bn worth of Chinese goods last year. China retaliated in kind, hitting $110bn of US products with duties.

The moves rattled financial markets and contributed to worries about economic slowdown in both countries, especially in China.

That has generated pressure for a deal, but it remains uncertain if the two sides will be able to overcome their differences.

Chinese officials are resistant to the wholesale changes sought by the US and the charges against Huawei – one of China’s biggest and most successful technology firms – have added to the political tensions.

Meanwhile, Mr Trump, a self-described “Tariff Man”, rejected a previous proposal from Beijing to resolve the dispute with increased purchases of US goods.

China has reportedly expanded that offer in recent weeks. And at times, Mr Trump has seemed eager to assure the public that an agreement remains within reach.

It would make “so much sense” for China to “finally do a Real Deal”, he wrote on Twitter this month.

China posts slowest economic numbers since 1990 due to U.S. trade tensions and new policies. Makes so much sense for China to finally do a Real Deal, and stop playing around!

If the two sides cannot reach an agreement by 1 March, the US has said it will increase the tariff rate from 10% to 25% on Chinese goods worth an estimated $200bn.

Mr Trump has also threatened tariffs on an additional $267bn worth of products.

With White House advisors reportedly divided, the focus is on Mr Trump, who is scheduled to meet with Mr Liu in Washington this week as part of the talks.

Mr Trump may decide a deal would boost his political standing after a bruising fight with Democrats over border wall funding and the government shutdown.

But he could also hope to shore up his base with protectionism.

Analysts at Capital Economics said: “We think the two countries may just be able to reach a face-saving agreement to tide them over in the short term and avoid an escalation.” 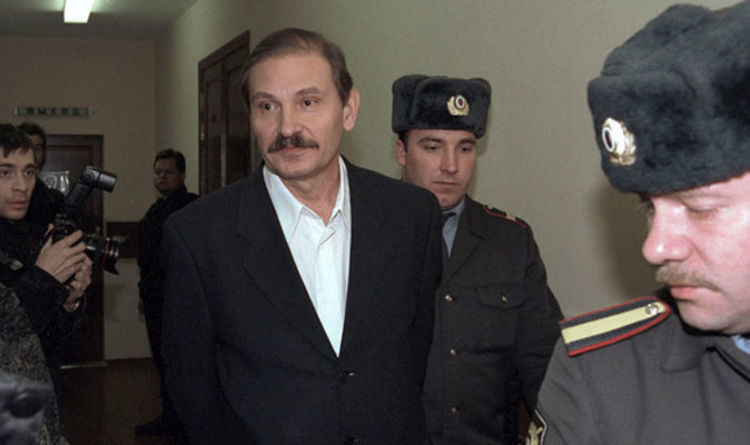 The body of the 68-year-old was discovered at his south London home on March 23, just hours after Theresa May issued an […]