Chris Broussard, of Fox Sports, explained that he believes the franchise will go for Jimmy Butler instead.

Butler is currently at the Philadelphia 76ers, having been traded in November.

He created controversy at his former team, the Minnesota Timberwolves, by requesting a trade following a bust-up with management.

And according to reports, Butler has caused problems at the 76ers after complaining about his role in the offence.

The Lakers have been keen on getting Durant, Leonard or Irving during the summer, as they seek to get a second superstar to team up with LeBron James.

But Broussard explained that they are unlikely to acquire any of these free agents, and are more primed to trade for Butler.

“They’re not getting KD [Kevin Durant] I don’t believe,” he claimed.

“If I was the Lakers, I would take Jimmy Butler.

“I would trade for Jimmy Butler if I could because all these problems he’s had, the common theme is young guys.

“He may respect their talent, but what are they going to tell him about his game? He couldn’t do that with LeBron.

“With LeBron, he would respect LeBron because LeBron is the leader.

“And for the Lakers, LeBron and Jimmy are a heck of a tangent.”

After Irving revealed that he had called James to apologise for his past behaviour, it seemed possible that the two would reunite at the end of the season.

The Lakers remain interested in Anthony Davis, but his future will be decided at the end of the season when he is set to be offered a supermax contract.

The goalkeeper’s lot is the peculiarity that hides in plain sight. They train alone most of the time, their technical and fitness […] 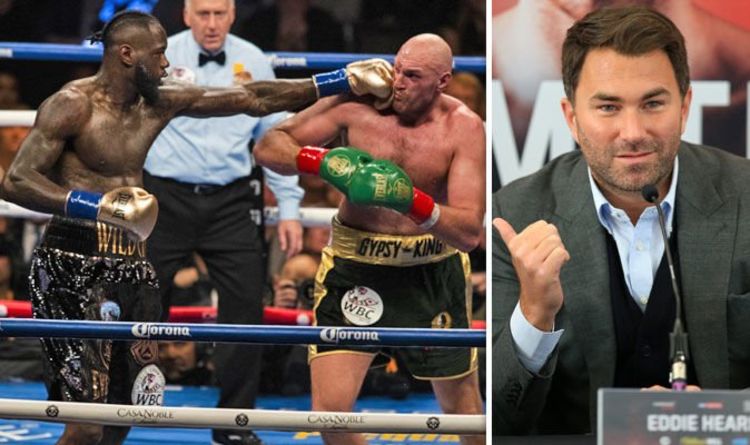 That’s the view of promoter Eddie Hearn, who has British star Anthony Joshua in his Matchroom Boxing stable. Tyson Fury and Wilder […]