The difference between victory and defeat on Manchester United’s last trip to London, their 1-0 sneak past Tottenham at Wembley, was goalkeeper David de Gea’s stunning performance but he did not board the first-class train carriage taking Ole Gunnar Solskjær’s team to the capital. Instead, Sergio Romero will don the gloves with Lee Grant as reserve. Despite Romero being the Argentinian national team’s long-term first-choice, De Gea’s absence surely lifts Arsenal’s expectations. Solskjær has displayed old-school values since taking over, won the FA Cup twice with United, and started that legendary 1999 semi-final replay against Arsenal, but modern practice dictates reserve goalies getting their chance in the competition. Barring Unai Emery deciding to rotate out his leading strikers, that spells opportunity for Alexandre Lacazette and Pierre-Emerick Aubameyang. JB

Except for anyone who took part in or spied on Derby County’s training this week, no one knows exactly what sort of shape 38-year-old Ashley Cole is in these days. But we may get some insight this Saturday, when the best English player of his generation could play for his new club against Accrington Stanley. While it would be wonderful to see Cole close to his best, the right and proper thing to hope for is a dramatic victory for the League One side, who, thanks to victories in previous rounds against Colchester, Cheltenham and Ipswich, have a chance to advance to the fifth round of the FA Cup for the first time in their history. Accrington operate in a different world to your Coles and your Frank Lampards – the £180,000 in prize money they would get for beating Derby would surpass their entire season-ticket revenue – and the scenes of joy that would accompany a home win on Saturday would be priceless. PD

3) Repeat at the Etihad, but different circumstances

It’s deja vu all over again as Manchester City meet Burnley in the FA Cup at the Etihad for the second season in succession. Last year, the sides met in the third round and City ran out easy winners despite going behind. At the time Burnley were seventh in the Premier League while their opponents were coasting towards an easy title win. A little over a year on and much has changed: Pep Guardiola’s men are playing catch-up against a Liverpool team currently enjoying a sunshine break, while Sean Dyche’s squad are fighting for their Premier League lives. While both men treated last year’s FA Cup tie with the utmost seriousness, circumstance and necessity suggest they may not do so on Saturday. BG

Now Manuel Pellegrini has shown Marko Arnautovic that no individual is bigger than the team, the next task for West Ham’s manager is to restore the Austrian’s hunger. Arnautovic’s attempts to force through a move to China have been an unwelcome distraction for West Ham and there are no guarantees the 29-year-old will knuckle down after being dropped against Bournemouth last weekend. While the forward is in contention to feature against AFC Wimbledon on Saturday night, it remains to be seen if strong and decisive management from Pellegrini will draw the right reaction from a seasoned professional whose dismay at being denied a transfer left him unable to play a Premier League game. He could return with a point to prove or could just leave Pellegrini thinking he should have taken the money by sulking for the rest of the season. Only one thing is certain: West Ham need a motivated Arnautovic after witnessing the very worst of Andy Carroll against Bournemouth. JS

Following their victory over Liverpool, Wolves travel to New Meadow on what promises to be a bumper payday for Shrewsbury Town. Currently 18th in the third tier, they are managed by Sam Ricketts, who will attempt to mastermind a famous victory over the club he skippered to the League One title in 2014. Ricketts has already made plenty of headlines in this year’s competition, having first been told to stay away from Wrexham’s defeat at the hands of Newport County after being approached by the Shrews while still manager of the Welsh club. Upon taking up his new role, he watched from the technical area as they came from 2-0 down to dispatch Stoke City in a third-round replay. With former Wolves and Wales teammate Dave Edwards now on his playing staff but nursing a minor groin injury, Ricketts has a big decision to make. A player with Wolves for nine years, Edwards is desperate to be involved on Saturday but for his manager it could be a case of ruling with his head rather than his heart. BG

6) A loud night under the Den’s lights

While Millwall are battling to stay in the Championship, it would be a mistake for Everton to underestimate Neil Harris’s side. The south Londoners have been on a good run since the festive period and will relish the opportunity to make an evening at the Den as uncomfortable as possible for their Premier League opponents, just as they did when they knocked Bournemouth and Leicester out of the FA Cup two years ago. The banana-skin potential is high. It will be loud and intimidating and Everton will be in trouble if they start with the wrong attitude. Marco Silva, who is under scrutiny after a few disappointing results and toothless displays, must make sure his stars understand what Millwall are about. JS

7) Newcastle to get stung by Hornets?

It might look like Newcastle have had Watford’s number this season – they beat Javi Gracia’s team at St James’ Park in November and then held them to a draw at Vicarage Road the following month – but a key feature of each of those games was Watford’s wastefulness. Gerard Deulofeu was the main culprit, repeatedly goofing in front of goal in both matches. If he plays on Saturday, he can expect to get opportunities to atone because Watford are the better team, much happier and far more likely than Newcastle to win a trophy in the foreseeable future, facts that are always worth mentioning to anyone who whines about the nefarious influence of foreign owners in English football. PD

8) Hall for another popular Hoops return?

Having been thrashed 4-1 at home by Preston last weekend, QPR will hope to avoid further embarrassment on Saturday when League One leaders Portsmouth visit Loftus Road. While Steve McClaren may well give fringe players such as Matt Ingram, Osman Kakay and Bright Osayi-Samuel a game, the QPR player fans would probably most like to see lining up against Pompey is Grant Hall. The defender, once a first-team staple, has completed 90 minutes just twice this season following a 2017 diagnosis of tendonitis which left him sidelined for the best part of two years. Hall has revealed the injury led to him struggling with a bout of depression he felt unable to talk about until QPR director of football Les Ferdinand pointed him in the right direction. The player received a rapturous welcome when he completed the duration of his side’s third-round win against Leeds. He has not played since but fitness permitting should start against Portsmouth. BG

Newport County’s punishment for their third-round victory over Leicester City is a 540-mile round trip to the Riverside Stadium, where on Saturday they will take on a Middlesbrough side 56 places above them in the league. Having made almost £500,000 already from this year’s FA Cup, Michael Flynn’s men treated themselves to a night of luxury at The Belfry on Thursday and were due to train at St George’s Park before continuing their journey to Teesside. Despite this pampering, their players would almost certainly prefer to be playing at Rodney Parade, an inhospitable, hostile environment that both Tottenham and Leicester have struggled to deal with in the past year. Getting a result against whatever side Tony Pulis fields will be a tall order, but the prospect of a money-spinning home replay you’d give them every chance of winning will be all the motivation this battling Welsh side needs. BG

Barnet are the only remaining non-league club in the FA Cup and their most recent match was a 4-0 spanking by Braintree Town, the worst team in the National League. But we should not read too much into a result skewed by a red card shown to their goalkeeper, Mark Cousins, in the third minute. Their form prior to that game was decent, with six wins in nine matches, including that splendid counterattacking triumph at Sheffield United in the third round. They will no doubt aim to do something similar against Brentford on Monday but the Championship side will arrive with ominous momentum. Thomas Frank struggled after replacing Dean Smith as head coach in October, mustering just four points from his first 10 matches in charge, but he has stabilised the side in recent weeks and they are unbeaten in their last seven matches. But has the balance been upset again by the sale of key defender Chris Mepham to Bournemouth? Barnet hope so. PD 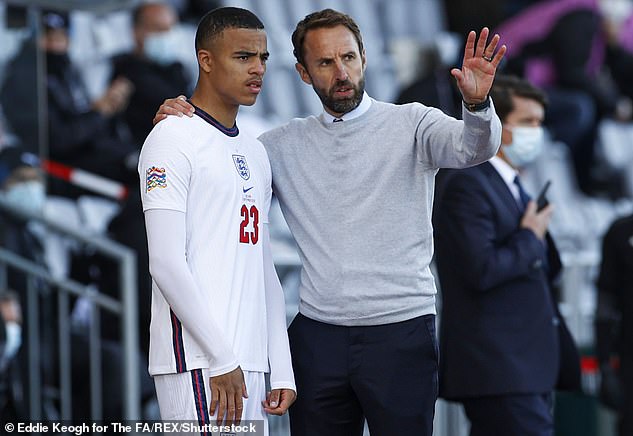 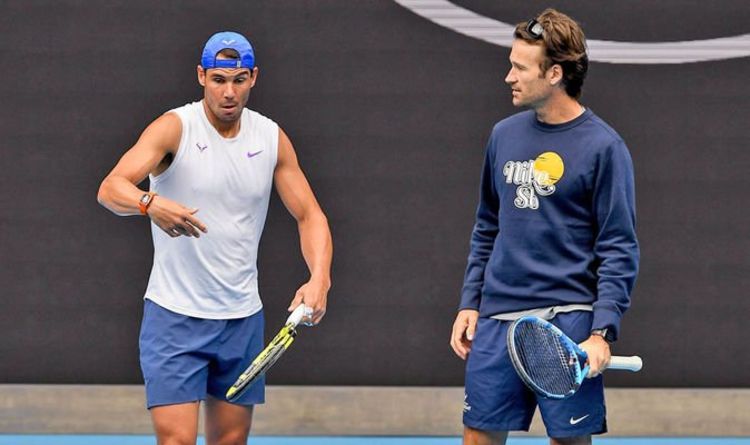 Rafael Nadal does not talk about the potential to match Roger Federer’s Grand Slam record. By winning the US Open last September, […] 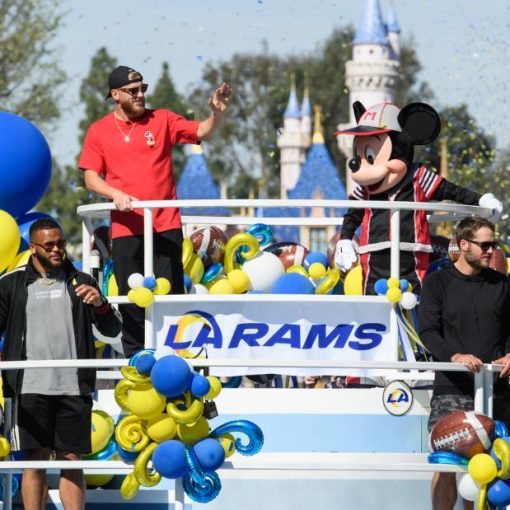