But Geli says his striker, who has scored 12 goals in 15 league appearances, is staying put.

“There is nothing to say about this,” Geli told Cadena Ser.

“Stuani is our players, he is very happy here and we are very happy to have him here, there are no other updates. This story does not have basis in fact, I cannot say anything else.”

Emery worked with Suarez at Sevilla and is keen on a reunion with his former prodigy, but when quizzed about the midfielder today, Emery was coy.

“In this transfer period it is not easy to take players that can help us with better performances than we have now,” he said.

“The club is working for different possibilities but it is not easy. They are private conversations. I don’t want to say to you what these conversations are.”

Immobile recently signed a new deal that would keep him at Lazio until 2023 with several top clubs believed to be interested in the Italian.

Anfield Press report that Liverpool boss Jurgen Klopp is sending scouts to watch the 28-year-old this weekend against Napoli.

It’s been claimed in Italy that Napoli also want Immobile as they prepare for life without Dries Mertens next season.

Markovic, who was signed in July 2014 for £20million, earns around £50,000 per week despite having NOT been included in any of Jurgen Klopp’s matchday squads this season.

According to the Liverpool Echo, Liverpool are prepared to listen to offers for the 24-year-old with reported interest from China.

The Serbia international’s contract expires in June and he’ll be able to leave the club on a free transfer.

That’s according to The Mirror, who claim Pep Guardiola’s side are ahead of Barcelona and PSG in the battle to sign de Jong.

Ajax are reportedly asking for £65million for the 21-year-old.

The Mirror add that de Jong really wants to link up with Guardiola, but would also consider PSG.

Paul Merson isn’t sure Higuain will be a success at Chelsea and believes he’s coming from an easy league in Italy.

“I’m not sure on him,” Merson said. “He was a great player but looks below his best of late.

“He hasn’t pulled up trees for a while and now he’s coming to the hardest league in the world.

“He won’t have any time to adapt either as he needs to hit the ground running as Chelsea need someone to play as their focal point.

“I’d rather someone that has played in the Premier League before and knows what this league demands.”

Steven Gerrard insists Joe Worrall will be going nowhere after revealing Nottingham Forest have missed their chance to recall the defender from his Rangers loan.

The Light Blues manager said: “We’ve spoken to Nottingham Forest and I think in the deal they had up until January 7 to call Joe back and we never heard anything from it.

“So Joe will remain here for the rest of the season.

“He’s a player who’s done really, really well for us. I thought he was excellent during the Old Firm so he’ll be here for the remainder of the campaign.”

“Marko is working with the team without any problem,” said Pellegrini.

“When you have such a high offer, everyone wants to leave but he has a contract here and we will know what will happen about it in the coming days.

“Of course you can’t blame him, he knows what is the best option for him and now we will see what happens between the clubs. I don’t think that the player will refuse to play.”

Giuseppe Rossi is back training with the Manchester United – and he’s revealed how old boss Fergie can still remember how much he cost!

“I had breakfast with him at Carrington the other day,” Rossi said of Ferguson – a man he believes is “the best manager who ever lived”.

“Just think about it: it was 11 years ago and in that 11-year span there have been hundreds of transfer fees and he still remembered my transfer fee when I went to Villarreal.”

Manchester City could miss out on landing Crystal Palace sensation Aaron Wan-Bissaka – because Manchester United and Chelsea also want him.

Roy Hodgson has already been asked about City’s interested in full-back Wan-Bissaka.

And Palace may now have to try and fend off United and Chelsea, with the Mirror claiming both clubs are interested in a deal.

Wan-Bissaka, 19, has excelled at Palace this season and a transfer at the end of the campaign is looking increasingly likely.

AC Milan could end up paying an eye-watering £35m for Krzysztof Piatek as a replacement for Gonzalo Higuain.

Higuain is expected to have a medical at Chelsea ahead of his loan switch from Milan to Stamford Bridge.

And Gazzetta dello Sport claim Genoa sensation Piatek – who boasts nine goals for the season – is wanted at the San Siro.

Leicester posted a video of spiderman – aka Jamie Vardy – at their training ground this morning – a jibe at the Leeds spy gate row.

Arsenal are interested in signing Nicolo Zaniolo from Roma, according to Gazzetta dello Sport.

But the young midfielder has impressed in the Italian capital and the Gunners want him to sign.

Arsenal ace Aaron Ramsey has signed a contract with Juventus ahead of a move this summer, according to an Italian journalist.

Fabrizio Romano tweeted: “Aaron Ramsey has signed his contract today and will be new Juventus player.

“He also did medicals on last week. “Done deal as a free agent for next June.”

11.10AM UPDATE: Gonzalo Higuain declines to comment on Chelsea

Gonzalo Higuain declined to comment on reports of a move to Chelsea on his return to Italy in the early hours of this morning.

“If you are looking for troubles, you won’t find them with me,” Higuain told Italian media who met him on his arrival at Milan’s Malpensa airport.

Sarri has expressed frustration with his Chelsea strike-force in recent weeks, with Alvaro Morata left out of the squad for the last two matches and Olivier Giroud often a substitute.

10.50AM UPDATE: Latest news from Rangers

Dundee United have launched an audacious bid to sign Jordan Rossiter from Rangers.

United want to take the 21-year-old midfielder on loan for the rest of the season to bolster their bid to gain promotion from the Championship.

Ibrox boss Steven Gerrard is prepared to let Rossiter leave, but any deal would require Rangers to cover a large chunk of the former Liverpool youngster’s wages.

Casilla, who has played 136 times in La Liga, is Leeds’ first signing of the window.

He has signed a four-and-a-half year deal at Elland Road, running until the summer of 2023.

Chelsea have agreed a deal to sign Gonzalo Higuain on loan until the end of the season.

Express Sport understands the loan could then be extended for another year subject to certain conditions.

AC Milan boss Gennaro Gattuso admitted at the weekend: “When a player makes up his mind it becomes hard to convince them otherwise.”

Leeds are poised to announce the signing of Real Madrid keeper Kika Casilla on a free.

Casilla had a medical yesterday with official confirmation expected imminently.

Suarez is Arsenal’s no.1 target for the January transfer window, in which they’re hoping to bring in a new midfielder.

Negotiations are currently ongoing, although it’s understood that Gunners boss Unai Emery has convinced his fellow Spaniard to swap the Nou Camp for the Emirates.

However, a deal for Suarez appears to be in major jeopardy following a surprising decision from Barca chief Ernesto Valverde.

Mousa Dembele has completed a move from Tottenham to Guangzhou R&F.

Dembele had reached the final six months of his contract and moves for £11m.

“[The journey has been] very special,” he said. “The club always treated me fairly. I’ve always had a good experience here.”

9AM UPDATE: Bale to Man Utd… because of Brexit

Gareth Bale could be in line for a sensational move from Real Madrid back to the Premier League – because of Brexit.

Manchester United have long been admirers of the winger and The Sun claim that they would willing to go back in for him if a no-deal Brexit occurs.

And now the decision could well be made for him, especially after Theresa May’s stunning Commons defeat as she presented her withdrawal agreement.

His agent, Jonathan Barnett, HAS said he would “wait and see what happens” with Brexit before making his decision. 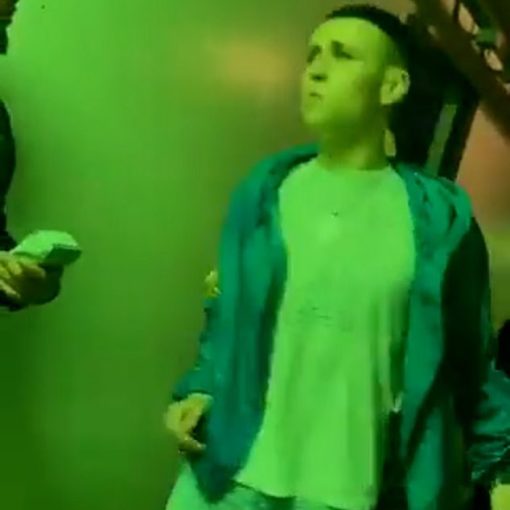 In the long history of Ligue 1, only once before had a team that was top of the table going into the […] 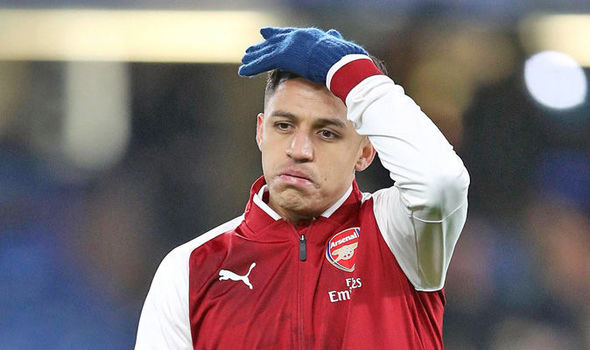 Sanchez appears to be on the brink of a sensational move to Manchester United having been set to join Manchester City. Arsenal […]