So this is what a college athlete with real leverage looks like. Oklahoma’s Kyler Murray has done a masterful job pitting two sporting giants, Major League Baseball and the National Football League, against each other.

Let’s rewind for a moment to explain what’s happened. Murray was a brilliant two-sport athlete in high school, which is little surprise given that his father was once a star quarterback at Texas A&M and his uncle played professionally for the San Francisco Giants and Chicago Cubs. Murray started off his college career playing both sports, but the Oakland A’s were excited enough by his talent that they picked Murray in the 2018 first-year player draft and signed him to a deal that guaranteed the outfielder $4.6m. This despite the fact that Murray was still playing football.

The rest, as they say, is history. Murray, who had been a fringe college football player prior to the 2018 season, strolled into the Sooner’s QB-friendly offense and exploded. Murray threw for 4,361 yards, ran for another 1,001 and accounted for 54 total touchdowns (42 passing, 12 rushing), leading Oklahoma to the College Football Playoff. He capped the year off by winning the Heisman Trophy, the sport’s most prestigious individual honor.

Suddenly the decision became a bit more difficult: football or baseball? On Monday, Murray revealed his choice with a simple tweet:

But that’s not the end of the discussion. Monday was the deadline for Murray to declare himself eligible for April’s NFL draft, not the fail-safe point before his final decision. He hasn’t signed a deal with an NFL team, and could still report for spring training with the A’s at the end of February. If he does choose football, he will forfeit his $4.6m bonus with the A’s.

That gives Murray, his family and representatives a month to figure out how much he’s worth to an NFL team, but the general feeling is that he’s a star in the making even if, at 5ft 10in, he is very small for an NFL quarterback. For example, the new Arizona Cardinals head coach Kliff Kingsbury said in October he would take Murray with the first overall pick in this year’s draft if he had the chance.

If Murray is confident he will be a first-round selection, and his first love is football, this should be an easy decision: the NFL wins every time. Let’s start with the money. The average annual MLB salary is around $4.5m compared to $2.9m in the NFL. What’s more, baseball players’ careers are longer and every cent of their contracts are fully guaranteed.

But quarterbacks selected in the first round aren’t average players. Last year’s top overall pick, Baker Mayfield, landed a $21.8m signing bonus and will earn $32m during his four-year rookie deal. Even at the tail end of the first round, NFL signal-calles do well for themselves. Lamar Jackson, selected 32nd overall in the 2018 draft, the final pick of the opening round, commanded a signing bonus a hair above $4.9m, more than Murray’s current deal with the A’s.

The dynamics of long-term quarterback deals are changing, too. Many NFL contracts sound huge but much of the money is not guaranteed. That paradigm appears to be shifting. Kirk Cousins’ agent made sure the $90m contract his client signed with the Vikings last offseason was wholly guaranteed. Aaron Rodgers worked out a similar deal in which close to $100m of his new deal is non-refundable.

Off the field, football has the edge, too. Cam Newton, Tom Brady, Aaron Rodgers and Drew Brees all earn more money in endorsements than they do from their NFL salaries. To reach that level of fame in MLB, and therefore command that kind of money, is a long, arduous road. After all, baseball has failed spectacularly to market Mike Trout, arguably the most gifted player in the game’s rich history.

Last year a market research firm told the Washington Post that only 22% of Americans know who Trout is. Only LeBron James, Lionel Messi and Aaron Rodgers compare to Trout on the field: all-time greats doing all-time great things in the social media age. But according to the Post report, Trout’s recognition level was equal with NBA bench player Kenneth Faried. Only one baseball player ranks in the 100 most followed athletes on Twitter: Tim Tebow, a former college football star, whose baseball career is stuck in the New York Mets’ minor-league system.

There’s a slight chance the financial discrepancy won’t be so great if Murray does choose baseball. ESPN reported on Sunday that MLB had given the A’s approval to offer Murray a major league deal with significant guaranteed money – Murray wants $15m – in an effort to convince him to stick to baseball. MLB rules prevent teams from signing players right out of the draft to major league deals, but Murray’s situation is considered unique given his post-draft success and national relevancy.

There’s a lifestyle question here, too. Murray was a superstar before he turned 18: he may have been the best high school football player in Texas history. At Oklahoma, he won the biggest award college sports has to offer. But getting to the big leagues in baseball is hard. Top draft picks are routinely sent down to the minors to develop their games: the average player spends anywhere from three to five years in the farm system, sometimes longer, and the flameout rate even among touted prospects is high. Minor-league lifers earn below a living wage thanks to a spending bill that exempts baseball teams from having to pay minor-league players minimum wage and overtime for all hours worked. A life of luxury it is not.

NFL players, by contrast, are thrown directly into action. There is no minor league or developmental structure you must work through before seeing the field, since college serves that purprise. Murray may not start right away in the NFL, or have overnight success, but he’ll at least get to enjoy all the trappings of being a professional athlete, and a star one at that.

MLB does have one thing going for it, however: long-term health. Baseball is unquestionably easier on the body than football. The NFL has never been safer but it is not safe. Even with all the rule changes meant to protect the health of quarterbacks, playing pro football is asking for a lifetime of health concerns, and the dangers of brain trauma in the NFL are never far from the national conversation. Retired baseball players, meanwhile, still suffer the aches of pains of anyone who has devoted their life to sports, but the incidence of serious brain injury relative to football is infinitesimal. And, besides, any MLB player who spends 41 days on a big-league roster is granted a pension and access to MLB’s healthcare program for life.

Ultimately, Murray will soon be a very rich young man, whichever sport he chooses. He has played his hand perfectly so far, leveraging the NFL and MLB against one another in a way no athlete has since John Elway. Now he gets to follow his heart and pick the sport he grew up dreaming of playing. Only he knows which one that is. 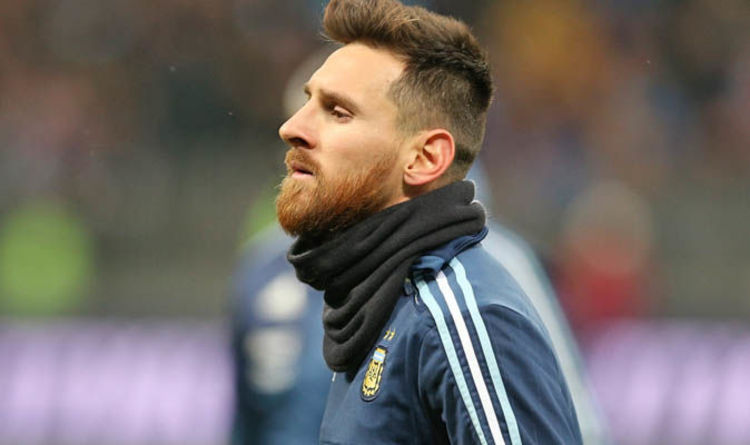 Messi is set to train in unusual surroundings later this week when he goes through the motions at Real Madrid’s facilities. The […]

Supermaxi Black Jack leads a Sydney-Hobart fleet that has been reduced by almost a quarter of its original size, with 21 boats […] 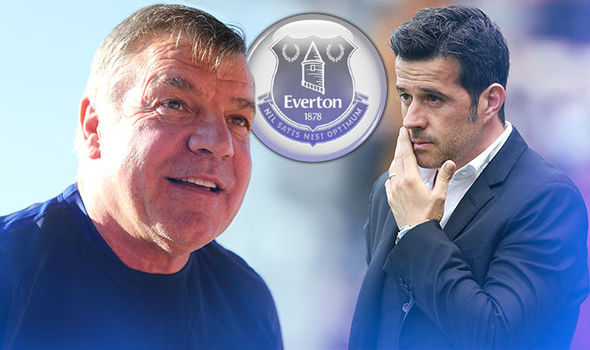 Allardyce, 63, will bring in former Leicester manager Craig Shakespeare as his chief coach as he attempts to reverse Everton’s alarming slide […]