Washington is gearing up for what looks to become the most contentious confirmation hearing since last year’s nomination of Brett Kavanaugh to the US Supreme Court.

On Tuesday, former Attorney General William Barr will begin two days of hearings before the Senate Judiciary Committee to examine his fitness to serve in the Trump administration as the nation’s top law enforcement officer.

What makes the nomination especially controversial is that as attorney general, Mr. Barr would have the authority to assume full supervision of the ongoing Trump-Russia investigation. It would be within his power to limit or even end an investigation that President Trump has repeatedly denounced as a “witch hunt.”

Recommended: We know Michael Flynn lied to the FBI. But why?

The stakes have risen even higher in the wake of a recent New York Times report that the FBI launched a counterintelligence investigation in May 2017 to determine if Mr. Trump might be secretly working on behalf of Russia.

The shocking report will likely provoke an opportunity during the hearings for Barr to present his own view of the supervisory role of an attorney general, particularly how an attorney general must walk a tightrope between running the Justice Department (and FBI) independent of the White House, while also serving as a faithful member of the president’s cabinet.

Barr, who first served as attorney general from 1991 to 1993 during the administration of President George H.W. Bush, is known to be a strong advocate of robust presidential authority. He has been critical of several aspects of the Trump-Russia investigation, including efforts by special counsel Robert Mueller to build an obstruction of justice case against Trump based in part on the president’s decision to fire FBI Director James Comey.

It was Mr. Comey’s firing and Trump’s subsequent comments about his reasons for doing it that prompted the initiation of the counterintelligence investigation and a related criminal probe of potential obstruction by Trump, according to media reports.

Democratic members of Congress and many Republicans have long expressed concern that Trump might seek to remove Mr. Mueller and end the Trump-Russia investigation prematurely. Some believe that Trump views Barr as a means to that end.

Last week, Chuck Schumer, the Democratic Senate leader, took to the Senate floor to denounce Barr as a “fatally conflicted” nominee and a Trump “loyalist.”

“The Senate … should subject Mr. Barr’s views to the strictest of scrutiny,” he said.

At the center of Schumer’s objection was Barr’s authorship of a 19-page legal memo that he wrote in June and sent to Deputy Attorney General Rod Rosenstein, who has been supervising the Mueller investigation since its inception in May 2017.

The memo criticizes the special counsel’s office for advancing a “novel and legally unsupportable reading of the law” to facilitate an obstruction of justice case against Trump and to force the president to submit to questioning by Mueller’s team.

“It is untenable as a matter of law and cannot provide a legitimate basis for interrogating the President,” Barr wrote in his memo. “If the DOJ [Department of Justice] is going to take down a democratically-elected President, it is imperative to the health of our system and to our national cohesion that any claim of wrongdoing is solidly based on evidence of a real crime – not a debatable one.”

“It is time to travel well-worn paths; not to veer into novel, unsettled or contested areas of the law; and not to indulge the fantasies by overly-zealous prosecutors,” Barr said.

Schumer and other Democrats have denounced Barr’s memo as evidence of a bias so strong that he should be disqualified from serving as attorney general. In the alternative, many suggest that even if he is confirmed, Barr must recuse himself from supervising the Mueller probe.

Other analysts say there is no automatic requirement that Barr be disqualified or forced to recuse simply because he has expressed opinions in legal memos and elsewhere.

“I don’t think Senator Schumer can cite any ethical rule or legal requirement that would prohibit Barr from serving as attorney general,” says John Yoo, a professor at the University of California’s Berkeley Law School and a former official in the Justice Department’s Office of Legal Counsel during the George W. Bush administration.

“Everything I’ve seen about that memo suggests he was just writing it in an unsolicited way and wasn’t representing anybody,” Professor Yoo says. “He was just trying to give advice to his former colleagues in the Justice Department. So Barr doesn’t have any legal requirement to recuse himself.”

Presidents seek to nominate attorneys general who agree with their own views on public policy issues, Yoo adds. “You are not appointing a judge who is supposed to have no views or is supposed to be neutral. The attorney general is nominated by a president because of their views.”

PAST ACTIONS UNDER SCRUTINY

Some of Barr’s past actions are also expected to spark heated questioning in the hearings. As attorney general during the first Bush administration, Barr recommended pardons for various targets of the Iran-Contra independent counsel, including former Defense Secretary Caspar Weinberger.

Many analysts have been critical of Trump’s use of the pardon power, including his repeated public suggestions that he might pardon individuals swept up in the Trump-Russia investigation. Some observers have denounced such pardon-dangling as potential obstruction of justice.

Barr is also a strong advocate for preserving executive privilege. As such, if confirmed, he would likely emerge as an important ally of the president in the face of a Democratic Congress that is pledging to unleash an aggressive stream of subpoenas and investigations.

Overall, perhaps the thorniest issue presented in the Barr nomination is to what extent he will maintain a measure of independence as attorney general while also serving as an effective member of Trump’s cabinet.

For Barr to satisfy both competing requirements simultaneously will entail something of a high-wire act, analysts say. But it will be necessary to establish Barr’s credibility as attorney general at a time when the Justice Department and FBI are in the midst of historic turmoil.

“The attorney general is not the president’s personal lawyer, and must act independently,” Renee Newman Knake, a legal ethics specialist at the University of Houston Law Center, wrote in an email to the Monitor.

Professor Knake says comments and criticisms made by Barr about the Mueller investigation will not necessarily require his recusal from the Trump-Russia investigation.

“What matters is whether or not, in the capacity as attorney general, Barr acts independently, and protects the Department of Justice from political interference,” she says.

In Barr’s written testimony, released in advance of the hearings, he pledged to allow Mueller to finish the Trump-Russia investigation.

“I believe it is in the best interest of everyone – the President, Congress, and, most importantly, the American people – that this matter be resolved by allowing the Special Counsel to complete his work,” Barr wrote. “On my watch, Bob [Mueller] will be allowed to complete his work.”

Barr also said he would work to “provide as much transparency as I can consistent with the law” regarding Mueller’s anticipated report of the investigation’s results. Under Justice Department rules, the report will be submitted to the attorney general, who will then decide whether to submit it – or parts of it – to Congress and the public.

“The Senate has a role here in confirmation hearings,” says Dmitry Bam, an associate dean and professor at the University of Maine School of Law. “The role is to ensure that the president is not appointing puppets or lackeys.”

Much of Professor Bam’s scholarship is focused on judicial ethics, but he says there are some parallels with issues arising for other presidential nominees. He notes that judges must maintain a posture of impartiality to preserve public confidence in the judge’s ability to decide cases in a fair and unbiased manner.

A potential attorney general must also be seen to be fairly representing not just the president, but the broader interests of justice.

“Obviously for the head of the Justice Department we expect that person to represent the people of the United States in a sense where there is some independence [from the president], but they are employed by the executive branch,” he says.

In his memo criticizing Mueller’s pursuit of an obstruction of justice case against Trump, Barr bases his arguments on a conservative interpretation of presidential power established in the US Constitution.

The so-called unitary executive theory of presidential power holds that the president alone is the chief executive of the nation. The Constitution assigns to him the authority to fire executive officers and to grant pardons, among other powers, and he can’t be held criminally liable for exercising those constitutional powers.

In his memo, Barr says Mueller’s team is advancing an untested theory of obstruction: that by firing Comey, Trump allegedly sought to “corruptly” influence the ongoing Trump-Russia investigation.

Barr does not say the president is immune from obstruction charges. But he says that any obstruction case against the president must be based on a traditional reading of the obstruction statute, a reading that focuses exclusively on concealing or destroying evidence. That means any efforts by Trump to falsify evidence, such as by tampering with a witness or shredding documents or lying under oath, would constitute obstruction of justice, just as it did in cases involving Presidents Nixon and Clinton.

But Barr rejects the theory that Trump’s firing of Comey is a form of obstruction because it “influenced” an investigation. The president has absolute power to fire an executive officer, such as the FBI director, and under Barr’s view of robust presidential power the president cannot be punished for exercising discretion assigned to him under the Constitution.

Not everyone agrees with Barr’s defense of expansive presidential power. It is an issue of hot debate among legal scholars.

Last month, two University of Chicago law professors denounced Barr’s memo as “poorly reasoned” and said it “seriously damages his credibility and raises questions about his fitness for the Justice Department’s top position.”

In op-ed essays, they accused Barr of sending the memo as a way to advertise his protective services to the Trump administration. “These bizarre statements are not those of a lawyer but of a courtier,” wrote Professors Daniel Hemel and Eric Posner. 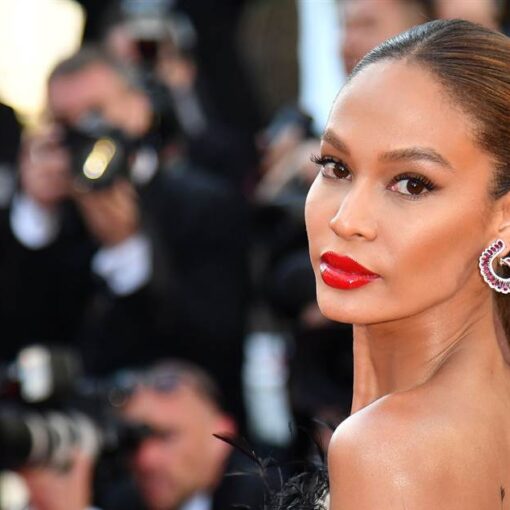 Christmas is a meaningful time for supermodel Joan Smalls to reconnect with her roots and her family in Puerto Rico, where she […] 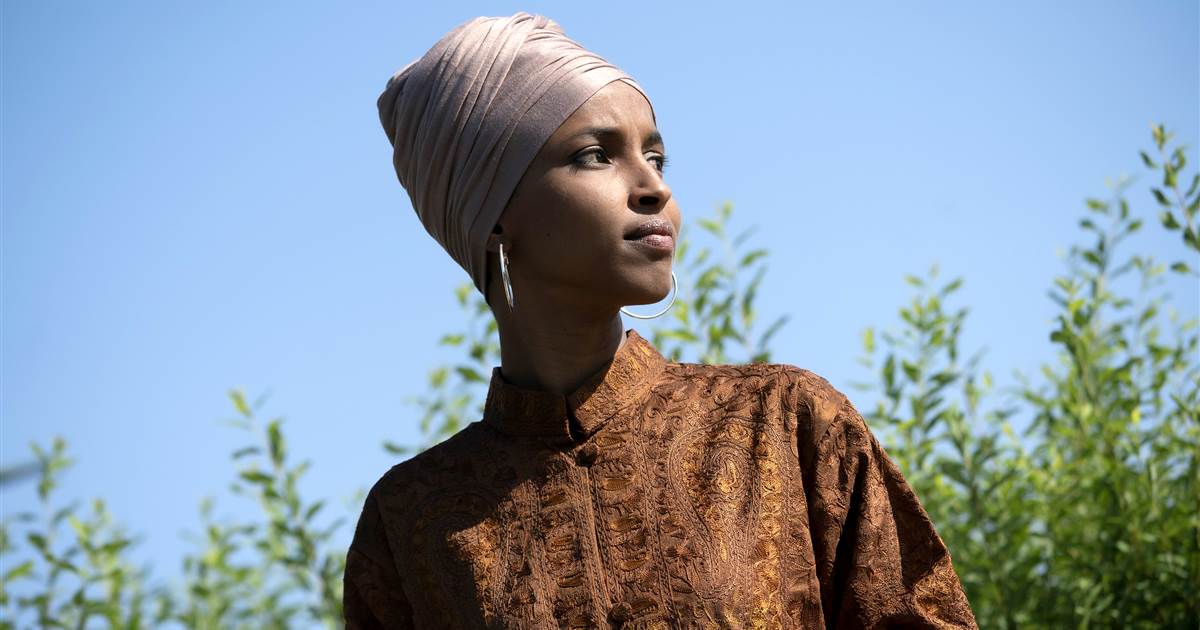 BUENOS AIRES, Aug 7 (Reuters) – Tens of thousands of Argentines took to the streets of Buenos Aires on Saturday to protest […]