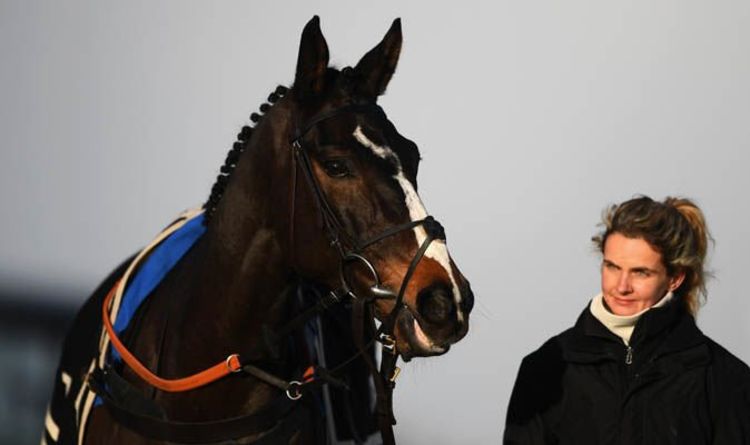 The talented hurdler was over four lengths behind Defi Du Seuil at Exeter but should turn the tables as he now receives 3lb from that rival.

On his hurdling form the Tom George-trained Black Op can confirm his running with On The Blind, whom he beat at the Aintree meeting, where Lostintranslation finished second.

This better grade will prove too much for Crucial Role, an impressive winner at Uttoxeter.

He has run well on this course in the past and looks the type to improve and his trainer, Venetia Williams, above, has her team in cracking form. With the Paul Nicholls stable on fire Give Me A Copper looks the obvious danger. His career has been restricted to just six outings but he is clearly a talented individual.

The Relkeel Hurdle has lost its gloss with Laurina, the second favourite for the Champion Hurdle, staying in Ireland.

She is now expected to run at Sandown on Saturday.

In her absence WHOLESTONE (3.10, treble), last year’s winner, gets the vote.

He ran a stinker on his latest outing at Newbury when fifth behind Unowhatimeanharry, but that pattern of form

replicates what he did last season before taking today’s prize.

Nicky Henderson’s remarkable run with his novice hurdlers can continue with I CAN’T EXPLAIN (12.15, nb) in the opening Ballymore Novices’ Hurdle.

The former Irish point-to-point winner impressed on his hurdling debut at Sandown when beating Phoenix Way.