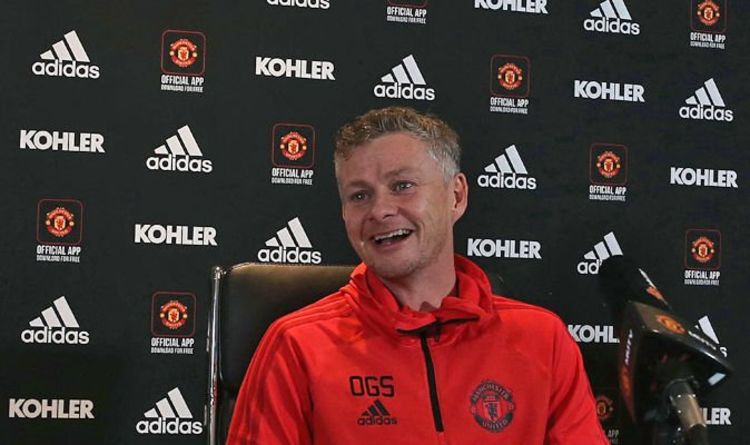 United are still working on long-term deals for the two stars, as they risk losing them to Premier League and foreign rivals.

In November, De Gea’s contract was extended by another year, as Old Trafford chiefs look to buy more time to put together a new long-term deal for the goalkeeper.

Now, he will be out of contract in the summer of 2020, when he will be a few months away from turning 30-years-old.

Martial, meanwhile, struggled to nail down a starting spot in the United team under Jose Mourinho.

The pair were reported to have clashed on multiple occasions, leading to the French forward looking at leave the club.

He is under contract until 2020, like De Gea, but has been consistently linked with moves away from United.

In the summer, it was reported that Tottenham had made a move for the Frenchman, but were put off by a defiant Ed Woodward insisting he would not be sold.

Since the arrival of Solskjaer, Martial has been tipped for a new role in the team, and will play as a No 9 against Bournemouth.

And now, the caretaker boss has warned the pair that they will be better off staying at Old Trafford, instead of looking for a move elsewhere.

“I know the club want them to sign, of course, because they are top-quality players,” Solskjaer said.

“It’s down to the players, but when you’re at Man United there isn’t a lot of greener grass on the other side.

“You are at the best place. It’s the biggest club in the world.

“I’d hope I can guide them to tip them over to thinking they want to stay.

“If you are a regular at United, you should grasp the opportunity to stay here and become part of the history.”

United take on Bournemouth at 4.30pm on Sunday.

WSL game between West Ham and Arsenal will go ahead with 1,000 fans in attendance

Premier League countdown: all the latest news before the big kick off – live!

For Long-Haulers, Covid-19 Takes a Toll on Mind as Well as Body