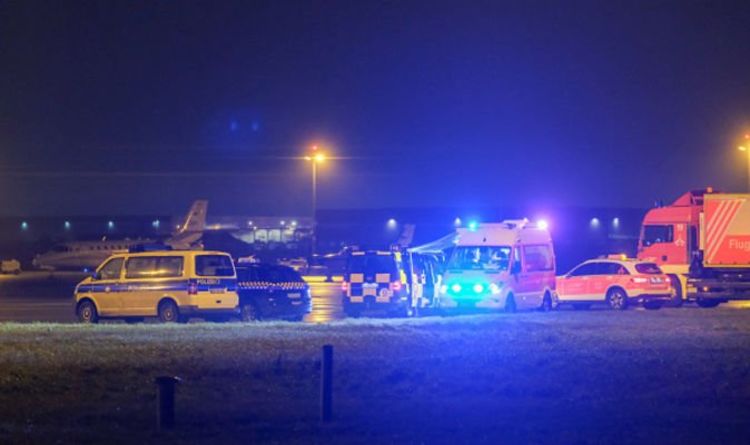 The airport, located in the north of Germany, stopped flights inbound and outbound flights when a man drove onto the apron area by the runway. German publication Bild reported on its website that the man’s car had Polish registration plates. Hanover police said in a statement: “Flight operations are currently suspended. “The investigation into the background (of the incident) continues.”

Police later added: “Police checks of the vehicle have been completed, no dangerous objects were found.”

Officers are still investigating, but the incident is not believed to have been an attempted terror attack.

The man is in his mid-20s and was driving a silver BMW.

He drove through the perimeter fence and tried to pursue an Aegean Airlines plane that had just landed from Athens.

Only 10 states are seeing downward trends in new Covid-19 cases, and NYC now has a surge

France's most tattooed man told not to teach nursery children

Trump, Biden prepare to debate at a time of mounting crises