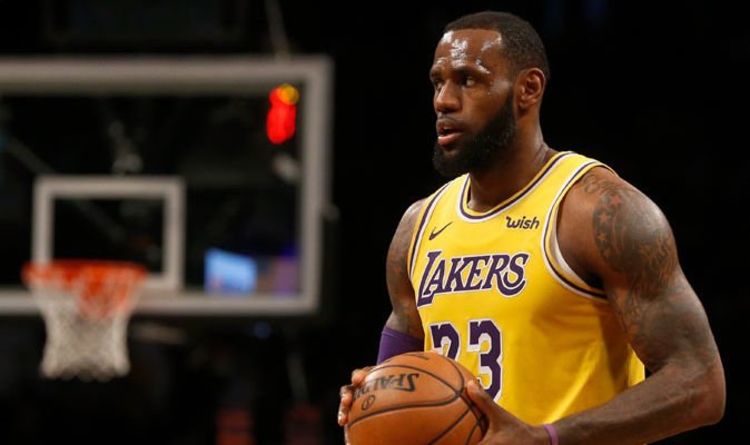 Kevin Durant, Kawhi Leonard and Klay Thompson head the list of All-Star free agents who the Lakers could look to attract in 2019.

LA have been linked with all three and had the opportunity to move for Leonard before the start of the current season, though were reluctant to give up assets in any trade with the San Antonio Spurs.

Instead, the Spurs sent want-away Leonard to the Toronto Raptors – who he has helped transform into the leaders of the Eastern Conference with their .722 winning percentage unmatched in the East or the West.

But Leonard can opt out of his contract to hit the free agency market, where he could look to return to California having longed for a return to his hometown of LA last year.

Durant and Thompson could also opt to leave the Golden State Warriors, while the likes of Jimmy Butler and Kemba Walker could also be available for the Lakers to poach.

And LeBron insists he will do his absolute all to convince the league’s leading stars to consider Staples Center as a destination as he hopes to lead the 16-time NBA champions to another title.

Asked by Rachel Nicholls how important it is the Lakers recruits another elite player, LeBron told ESPN: “That would be ideal.

“I think you’ve heard from the front office their ideas and what they believe and what we can do. That’s going to be my job as well.

“I’m looking forward to when guys come up for free agency – I’ll be at their doors, on their phones, seeing how we can continue to help this franchise be an elite franchise and get back to the mountain top again.”

And LeBron insists it is up to the Lakers – who are 20-14 after beating the Warriors on Christmas Day – to prove that they have the capabilities to become a major player.

Quizzed further about him personally handling recruitment, the four-time MVP added: “I’ve always recruited! Is this something new?

“I’ve been trying to get guys to come and play with me since like 2007. I’ve got rejected a lot! But I also have not got rejected.

“A lot of people didn’t want to come to Cleveland, let me just throw that out there!

“I don’t feel it was me, I tried to recruit so many guys to come to Cleveland. We actually had a couple guys… but it wasn’t hard getting guys to Miami, let me tell you that.

“Now that I’m in LA, I don’t think it would be that hard to get guys here. But we’ve got to win.

“At the end of the day it’s all about winning. That’s my job right now, to show everybody I can win with whatever.”

The Lakers are back in action tonight at the Sacramento Kings, 7pm PST (3am Friday morning UK time).