Every cyclist has a measuring-stick climb, the one you’ve done so many times that you can track the ups and downs in your fitness level by the sound of your breathing when you reach the last turn. For me, it’s Tunnel Road. The gateway into the rocky hills overlooking Berkeley and Oakland, it’s three miles of eucalyptus-lined S curves with a mild but unrelenting grade.

The first 50 or so times I climbed it after taking up cycling three years ago, I was able to notch personal records at will as my VO2 max and technique improved in tandem. Since then, not so much. After I rode my PR of 14:06 a year ago, I was confident a sub-14:00-maybe even a sub-13:00-was just a matter of time. Alas, at 41, getting faster with practice is no longer a foregone conclusion. Since that PR ride, I have yet to even break
15 minutes, despite weekly efforts.

So my ears perked up when I heard the claims of a company called Halo Neuroscience, which says using its brain-zapping headset for 20 minutes before workouts or practices can help athletes achieve gains in strength, skill, and endurance substantially faster than they would on their own. Halo Sport ($399; haloneuro.com) is one of several consumer devices applying the science of transcranial direct-current stimulation, or tDCS, and the only one made specifically for athletes, who can wear it during their warm-ups to supercharge subsequent training sessions.

Based on research originally conducted by the U. S. military looking for ways to make special-forces snipers and fighter pilots better at their jobs, it is already in use at the highest levels of athletics, including by teams in the NFL, the NBA, and Major League Baseball, and by U. S. Olympians. Andrew Talansky, a former pro cyclist with the elite Cannondale-Drapac team, says “neuropriming” with Halo before his workouts sped his transition when he switched to triathlons at the beginning of this year despite barely swimming a stroke for 15 years. “It helped me accelerate the process, basically,” he says.

Halo is the brainchild-sorry-of Daniel Chao, M.D., a San Francisco physician and neuroscientist, and Brett Wingeier, Ph.D., a biomedical engineer. In the early 2000s, the two helped develop the NeuroPace RNS system, a brain implant that uses pulses of electrical current to halt epileptic seizures before they start. The niche success of the RNS system, which has now been implanted in around 1,300 patients, left them thinking a brain-stimulating device that didn’t require open-skull surgery could appeal to a broader market. (Imagine that.) Surveying the research, they discovered a large body of data suggesting that running low-level current through the brain’s motor cortex, which controls voluntary muscular contractions, influences how neurons there respond to subsequent stimuli. “It puts the brain into this more excitable state where the probability of two neurons firing in syn-chrony is increased,” says Dr. Chao. “That’s good, because that’s how a new circuit is formed. There’s a saying: Neurons that fire together wire together.” Halo’s word for this excitable brain state is “hyper-plasticity,” its term for heightened neuroplasticity.

For athletes, what hyperplasticity means in practice is big reductions, um, in practice. Dozens of studies have documented the effects of tDCS on the acquisition of new skills, from playing guitar to solving math puzzles to ski jumping. Many of them were overseen by Andy McKinley, Ph.D., chief of the cognitive–performance optimization section of the U. S. Air Force’s applied-neuroscience branch. “Obviously, the military is interested in reducing the amount of time and money necessary to train someone to an expert level,” says McKinley. In his group’s trials, tDCS reduced the time required to achieve proficiency in tasks like identifying targets on a simu-lated radar screen by 25 percent. “It takes fewer days to train to do the same thing,” he says. In its own studies, Halo has documented a 50 percent increase in the rate of motor learning for tasks like playing novel piano chords and throwing darts.

That’s very cool, obviously. But I wasn’t looking to master Rachmaninoff’s Concerto No. 3 or hand-to-hand combat. I just wanted to get faster on a bike. Could tDCS help me with that?

Definitely, Dr. Chao says. That’s because speed isn’t a straightforward function of fitness. “Endurance is all about biomechanical efficiency,” he says. “There’s a skill of efficiency.” When you’re running, swimming, or cycling, a little wasted energy in each step or stroke can add up to extra seconds and minutes in your finish time. But tweaking your form in those sports is hard precisely because they’re so repetitive. “You’re trying to unlearn this movement pattern that has been ingrained in your brain for literally a million reps,” Dr. Chao says.

By making the brain temporarily more neuroplastic, tDCS can make it easier to alter those deeply grooved movement patterns. “I think of it like loosening my motor cortex so I can reprogram myself,” says Dr. Chao (who is, let the record reflect, not just a scientist and an inventor but a damn strong cyclist to boot). That’s exactly the benefit Talansky found. A swimmer in middle school, he had just enough experience to have stubborn bad habits-in particular, one arm that swung out too wide while the other crossed over the midline. As a relative latecomer to the Ironman circuit, at 29, he didn’t want to waste time. “It allowed me to swim, I think, a lot better than most people without a heavy swim background would after basically eight months of swimming again,” he says.

There’s also strong data showing that tDCS improves the brain’s own endurance. In his studies for the Air Force, McKinley has delved deep into its effects on cognitive fatigue, testing the ability of subjects to sustain attention during rote tasks, such as image sorting, with and without brain stimulation. Control–group subjects typically start losing focus rapidly after 20 minutes. “What we find when we add stimulation is it gets rid of that decline for about six hours,” McKinley says. Six hours!

I had heard all I needed to hear to give neurostimulation a try-except for one thing. Is it safe? In an era when health experts are warning that the blue light from your iPhone could be interfering with your sleep and that Facebook might be contributing to depression, the idea of a new tech product that targets one’s brain structures sounds a little off-putting. While some experts have warned that tDCS hasn’t been around long enough to identify potential long-term effects, or that it could inadvertently reinforce unwanted circuits like bad habits or traumatic memories, the most comprehensive reviews of past studies have declared it safe when done correctly. “The safety record of tDCS is exceptional,” McKinley assures me.

Relieved, I asked Dr. Chao for help designing a not-so-scientific clinical trial that would allow me to nab that elusive sub-14:00 Tunnel Road. He started by lending me a Halo Sport unit, which looks like a normal set of can headphones. Underneath the band connecting the earpieces are three foam electrode pads, which, when wetted, nestle through the hair
and conduct current through the scalp and into the brain.

Dr. Chao told me to wear the headset for 20 minutes while I warmed up and then conduct my workout in the 60-minute period of hyperplasticity that followed. It didn’t matter too much what kind of workout I did, he explained, as long as it was repetitive and difficult. “You need to be attentive to the movement,” he says. He suggested single-leg pedaling drills to refine the smoothness of my stroke and high-output VO2-max intervals to practice maintaining form in the face of fatigue. Because I’m not all that much of an athlete to begin with-I average five to ten hours a week in the saddle-I was likely to see rapid results, unlike a pro like Talansky, who’s already operating close to his potential. “We can often get more dramatic results in novices because they’re on that really fun, chunky part of the learning curve,” Dr. Chao says.

One last thing: “There’s almost nobody who likes the feeling,” he says. “I’ll just warn you about that.”

When I put the Halo on for my first training session, I understood what he meant. Even at full intensity, the current doesn’t hurt, exactly, but it tingles in a way that’s mildly unpleasant, like the feeling you get when you wear a tight ski hat too long. The headset is also heavy-fine for sitting on my Peloton bike for 20 minutes but too cumbersome for a more active workout.

As a newcomer to pedaling drills, I quickly grasped Dr. Chao’s point about efficiency being a trainable skill. Isolating each side, I could suddenly feel how I’d been jamming my pedal straight down rather than rounding off my stroke. By my second session, I could already feel myself pedaling in smoother circles, my legs no longer fighting each other. During the intervals, I was able to spin at a higher cadence than normal-about 100 rpm versus my usual 80.

After four neuroprimed workouts, I was feeling ready for a test. I warmed up for my Tunnel attempt with the Halo on and ended up riding a 14:07-one second behind my PR. A promising start. My second attempt, with brain again juiced but legs still tired from the first, was a bust. But on my third try, everything felt good. In the steep middle section, I reminded myself to focus on a smooth stroke rather than just trying to gut it out like I usually did. As I sprinted past the end of the segment, spent, my bike computer beeped: 13:58. Success!

Was it the Halo that put me over the top? Seeing as I beat my goal by a mere 0.2 percent, I have to think every little bit counted, down to my freshly shaved legs. On the other hand, the biggest difference surely came from doing a proper, focused warmup (something I usually skip) and concentrating on my form even when it got hard. I needed neuropriming as motivation to do those things, but I could’ve done them without it. More than anything, my experiment helped me see how much more low-hanging fruit I have to pick before I resort to newfangled tech for a performance boost. But it’s nice to know that, should I ever find myself on the flat side of the learning curve, I won’t be out of options.

4 more things tDCS may help you do:

Drive safer.
If you spend long hours at the wheel, tDCS may be better than coffee at helping you focus on the road. Its effects last longer, and there’s no letdown when they wear off.

Learn to play a new song.
If it requires fine motor skills, like playing guitar or piano, you can probably cut down your practice time by neuropriming beforehand. Halo Sport has different settings depending on which hand you use more.

Be more accurate.
Making snipers deadlier was a major reason behind the military’s early interest in tDCS. In some of its research, Halo employs Aim Hero, a target-practice program video gamers use to hone their first–person-shooter skills.

Raise your single-rep max.
There’s a difference between the force potential of a muscle and the force you can generate contracting it. Neuro-priming helps your brain send better output to the muscle. Dr. Chao likens the effect to a spotter who helps you lift a heavier bar for the first time. 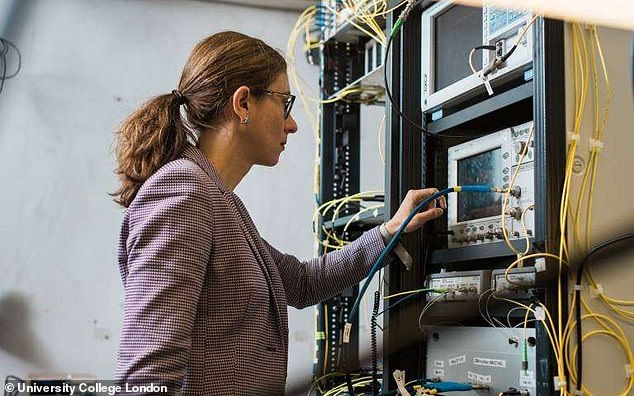 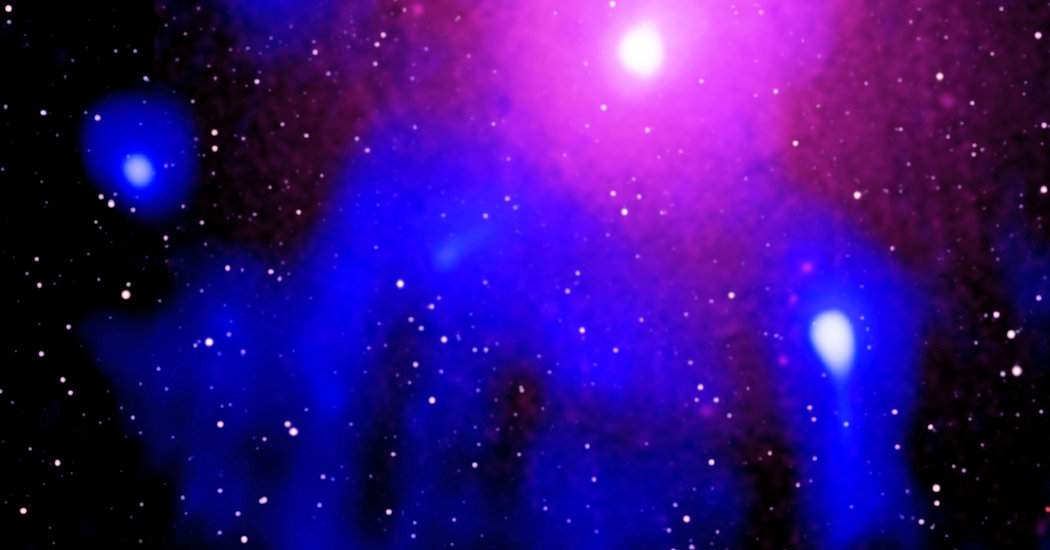 If there were ever sentient beings in the Ophiuchus cluster, a faraway conglomeration of galaxies in the southern sky, they are long […] 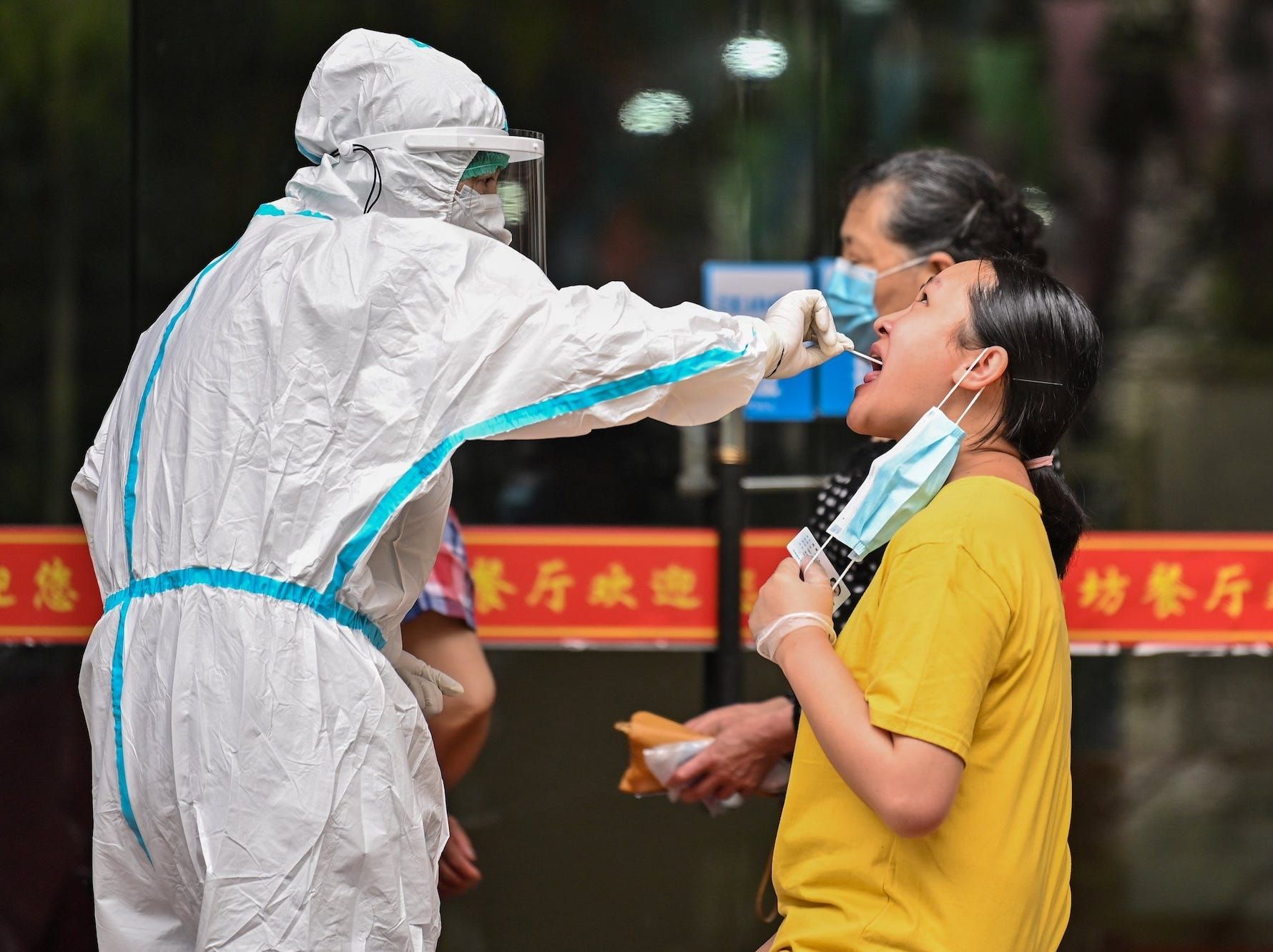 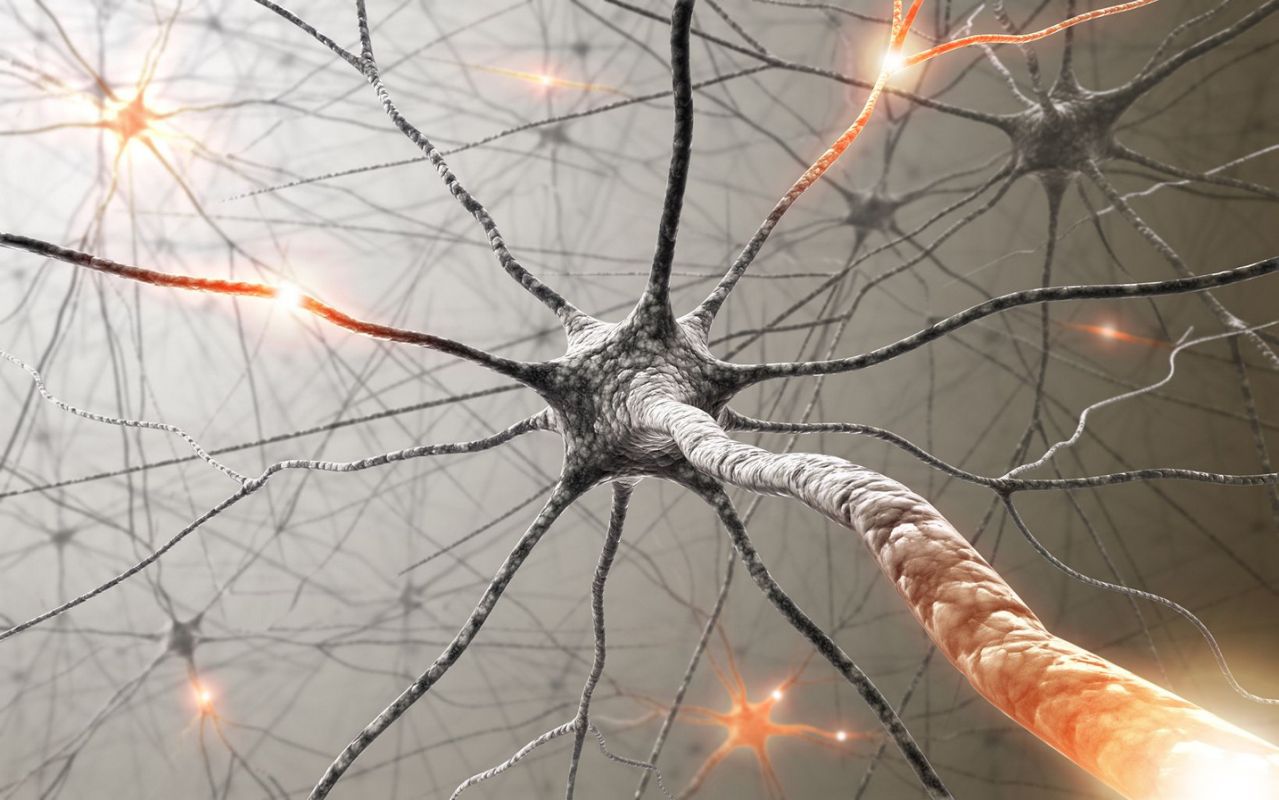 Scientists have picked up electrical activity in pea-sized, lab-grown brains for the first time, paving the way to model neurological conditions and […]