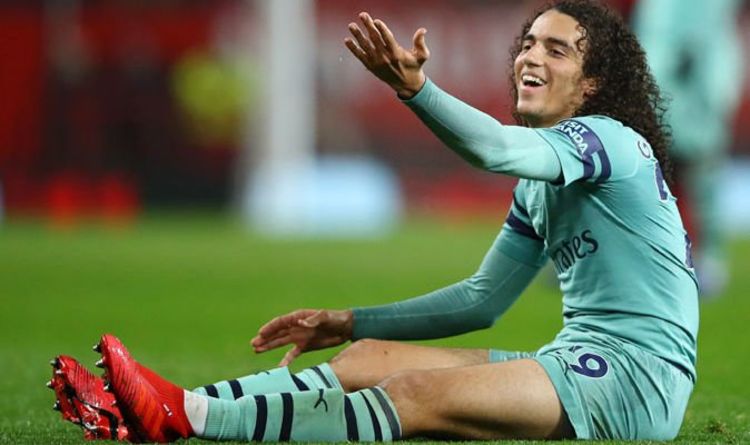 Guendouzi was one of four Arsenal players pictured allegedly inhaling nitrous oxide on a boozy night out in London.

Nitrous oxide, also known as ‘hippy crack’, slows down the brain and the body’s responses, giving users a feeling of euphoria and can cause hallucinations.

While it is not illegal to possess the drug, it is illegal to give it away or sell it.

Keown feels the incident has shamed the club and picked out Guendouzi, 19, for particular criticism.

“Above all else, Premier League players are role models and this type of behaviour is simply unacceptable.

“The players were said to be at a ‘wild champagne and vodka party’ days before the start of the season. It could have been a team-bonding night and of course footballers need some downtime, but this was taking it too far.

“Given the fitness levels required to compete in our physically demanding league, it is unfathomable that a modern player would behave in this way.

“I would expect Arsenal manager Unai Emery to tear into everyone involved but he may come down hardest on Matteo Guendouzi. It will disappoint Emery that one of his promising young stars appeared to pass out after inhaling the gas.

“This is a 19-year-old Frenchman who, at that time, was yet to kick a ball in English football.

“I know how difficult it can be for a young player breaking into the first team. You want to show that you are one of the lads and this could well have been his first night out with his new team-mates.

“Guendouzi may have been egged on but Emery must feel he needs to keep a lid on this young man’s behaviour. As for the senior players, they should definitely know better.”

An Arsenal spokesperson confirmed to the BBC that were players would be “spoken to and reminded of their responsibilities” following the incident.

February 23, 2020
SEOUL/SHANGHAI (Reuters) - South Korea raised its disease alert to the highest level on Sunday after a surge in coronavirus infections and two more...