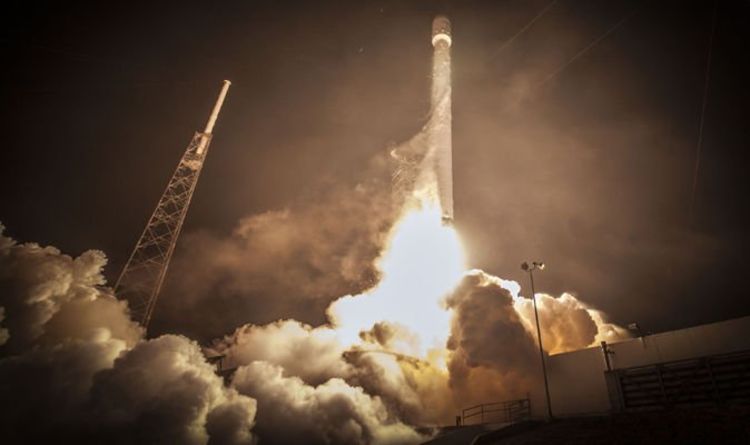 A SpaceX Falcon 9 rocket and its collection of satellites will attempt the launch tomorrow, following a spate of delays. Liftoff of the Space Exploration Technologies rocket is scheduled to occur between 10.32 am and 11.01 am EST (3.32 pm and 4.01 pm GMT) from Space Launch Complex-4 on South Base. The launch was first postponed on November 19 “to conduct additional preflight inspections,” SpaceX officials said.

And the second delay was due to extreme high altitude winds, and that the company would announce a new launch date “once confirmed with the Range.”

Sunday’s launch is the largest single rideshare mission from a US-based launch vehicle to date.

The live stream of the launch can be watched from the SpaceX site here.

The rideshare mission is contracted with 64 spacecraft from 34 different organisations for the mission to a Sun-Synchronous Low Earth Orbit.

15 microsats and 49 cubesats from both commercial and government entities will leave the Earth’s atmosphere, of which more than 25 are from international organisations from 17 countries.

Professor John Morrison from the University of North Carolina, whose team have prepared a project to be launched, said: “It’s been a tremendous team effort with NASA and others to design and build the low-cost, next generation, miniature ocean colour sensors aboard a cubesat, and we’re excited to work with Spaceflight to see it off into orbit.

“By making the data from the SeaHawk-1 available to everyone for free, our hope is to address a number of critical societal needs, especially in coastal regions.”

The Falcon rocket launch will be the first of two blastoffs set for next week.

On Friday December 7, the United Launch Alliance’s Delta 4 Heavy will carry a classified satellite to orbit for the National Reconnaissance Office.

While the actual launch window for the mission dubbed NROL-71 remains classified, liftoff of the behemoth booster is expected at 8.19 pm EST (1.19 am GMT on December 8).

The Virgin Galactic founder said he is “pretty confident” he will be able to launch astronauts into space before Christmas Day.

Mr Branson’s space tourism company intends on sending customers into orbit aboard SpaceShipTwo, also known as VSS Unity, where a seat costs you $250,000 (£196,000).

However astronauts will conduct a test flight before that happens to ensure it is ready for the public before the year is up.

“Safety’s all that matters if you’re putting people into space, so none of us will race to be the first,” Mr Branson said.

“But Virgin Galactic will be the first.”

Once that altitude is achieved, the VSS Unity will detach from the launcher and begin to fly on its own.

READ MORE: What is this pale blue dot?

It can travel at a maximum speed of 2,300 mph, roughly three times the speed of sound.

If Virgin Galactic manages to keep to this timeline, it would have SpaceX beat by six months.

Elon Musk’s aerospace company is slated to launch two NASA astronauts into space aboard its Crew Dragon capsule in June 2019.

For SpaceX to hit that goal, the spaceship’s January 7 un-crewed test launch will have to go off without a hitch.

Space station viewing tonight: Can you see the ISS tonight?

Exoplanet breakthrough: Nearby super-Earths are perfect place to look for life says expert

A ‘Cure for Heart Disease’? A Single Shot Succeeds in Monkeys

Apocalypse prediction: End of the world ongoing and 'you have opportunity to witness it'

How one teaspoon of Amazon soil teems with fungal life

June 27, 2020
Alien hunters believe they have spotted a boat on the dry Martian landscape, which is apparently a sign intelligent life once existed on the...

Apocalypse prediction: End of the world ongoing and 'you have opportunity...