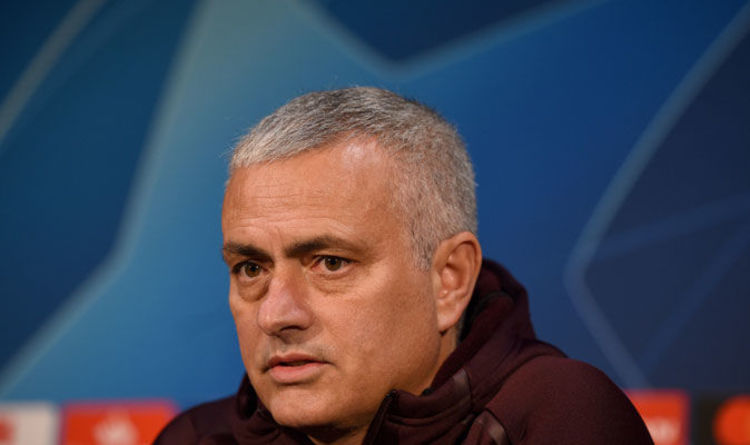 Manchester United have picked up the majority of their points this season on the road.

The Red Devils’ home form is in stark contrast to their away form, with Mourinho’s troops having won only three of their games at Old Trafford this campaign.

United’s poor displays at The Theatre of Dreams have prompted suggestions that they prefer to play away from home, a suggestion which partly stems from fans booing the team earlier this season.

Mourinho was asked if that is indeed the case this evening but refused to be drawn out on the matter.

“I refuse to say that because I don’t want to disrespect the home fans,” he said in his pre-match press conference ahead of tomorrow night’s Champions League match with Young Boys.

“I prefer always to play at home. If you feel pressure, stay at home… and I don’t mean stadium home, I mean home home!”

United have lost and drawn three of their nine games at Old Trafford this season, and midfielder Juan Mata is keen for the side to stop making it so easy for their rivals to pick up points.

“It’s really key for us to make Old Trafford a fortress, to make it very difficult for our rivals,” the former Chelsea man said.

“When they come to Old Trafford, ideally they will feel that it is very difficult to play here.

“We have a run of home games now and we need to try and win all of them and make Old Trafford that fortress. It’s our home and hopefully, we can have good results in the weeks ahead.”

United go into tomorrow’s match against Young Boys on the back of a 0-0 home draw with Crystal Palace, which has left them 14 points behind table-toppers Manchester City.

Mata is keen to use game to erase the memory of Saturday’s drab draw and as a springboard for the hectic festive schedule.

He said: “Still feeling bitter from drawing against Crystal Palace at Old Trafford, but we’re already focused on our game against Young Boys.

“Obviously I would have liked to have been able to say something else, believe me, but the only way to get over a disappointment is to keep moving forward and in our case, our next chance to do so is in a matter of hours.

“We have a key game for moving towards our objective of progressing in the Champions League. We want a win to take us into December, which is without doubt the busiest month of the year with eight games.”

Mixed martial arts: No fans at One Championship Singapore event due to coronavirus

February 18, 2020
Image: NintendoSay hello to the newest member of the Nintendo Switch family. It might look like a pink Switch Lite, but the...