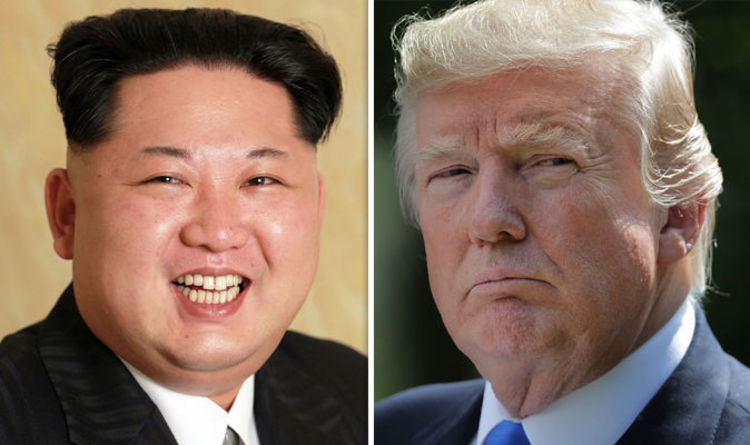 The aerial photos, which claim to show 16 separate North Korean bases, were published as part of a new study by the Centre for Strategic and International Studies think tank.

The images suggest North Korea has not dramatically stepped down its ballistic missile development, despite the highly publicised deconstruction of the Sohae Satellite Launching Station in July.

US intelligence services were already aware of the existence of all 16 separate bases.

Three types of missile bases were identified in the photos, including long-range facilities holding weapons which could potentially reach the US.

North Korea has yet to prove it can successfully attach a nuclear warhead onto one of these missiles and deliver it to its target, but development work appears to be continuing.

The report concluded: “North Korea’s decommissioning of the Sohae Satellite launch facility, whilst gaining much media attention, obscures the military threat to US forces and South Korea from other undeclared ballistic missile bases.”

It points to the existence of a base at Sakkanmol which is capable of holding medium-range ballistic missiles.

Victor Cha, one of the co-authors of the report, told the New York Times: “It’s not like these bases have been frozen. Work is continuing.

“What everyone is worried about is that Trump is going to accept a bad deal. They give us a single test site and dismantle a few other things and in return they get a peace agreement.”

He added Trump could “declare victory, say he got more than any other American President ever got and the threat would still be there”.

President Trump held a summit with North Korean dictator Kim Jong-un in Singapore on June 12, becoming the first US President to meet a North Korean leader.

After the summit, Kim Jong-un vowed to “work towards complete denuclearisation of the Korean peninsula” and the US subsequently cancelled planned military drills with South Korea.

However, plans for a second meeting could be in jeopardy after leading regime figure Kim Yong-chol failed to turn up for a meeting in New York with US Secretary of State Mike Pompeo.

Report co-author Joseph Bermudez Jr asserted: “The level of effort that North Korea has invested in building these bases and dispensing them is impressive. It’s very logical from a survival point of view.

“It looks like they’re trying to maximise their capabilities.”

The US State Department commented on the issue, saying: “Should Chairman Kim follow through on his commitments, including complete denuclearisation and the elimination of ballistic missile programs, a much brighter future lies ahead for North Korea and its people.”

Trump gambles on splitting Biden's base with riot rhetoric

'I can't breathe' protests heat up as curfews imposed in several U.S. cities

May 30, 2020
Ammika Harris managed to shock some of her fans with these latest photos that she shared on her social media account. Chris Brown’s baby...

Motorola Edge Plus: The best cameras of any Moto phone — but I wanted more

Gabrielle Union Felt 'Poisoned' While Working at 'America's Got Talent'