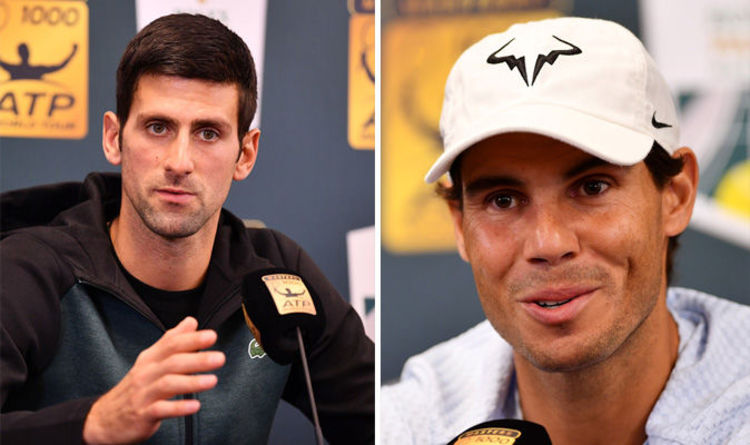 The Spaniard has maintained first place in the ATP rankings for much of the year having battled with long-time rival Roger Federer.

But with the 2018 season drawing to a close ahead of the ATP Finals, it is Djokovic who has emerged as the most likely to end the year at the summit.

The Serbian has won Wimbledon and the US Open, as well as claiming wins in Cincinnati and Shanghai, as he looks to return to No 1 for the first time since November 2016.

Djokovic can jump ahead of Nadal at the Paris Masters this week with the 17-time Grand Slam champion only 215 points ahead in the standings.

The 31-year-old is a four-time winner in Paris, where Nadal is yet to claim a title.

But Nadal insists his ranking is not his first priority as he returns from a troubling knee injury that has kept him out since a US Open semi-final retirement in early September.

Asked if it was still a massive goal to be No 1 this time next month, he told ATP World Tour: “No, I get injured and I get injured in an important part of the season twice.

“At the beginning of the season, missing two Masters 1000s, a 500, the Australian Open and then I get injured at the US Open and I miss again Beijing, Shanghai. So too many tournaments lost.

“My main goal is to be back on court, keep being happy playing tennis and then things that can happen or not, let’s see.

“I’m going to fight as strong as I can to win as many matches as possible and of course I would love to be No 1 but I am just here to try my best every day.”

On Djokovic’s recent form, he added: “I’m not surprised at all, he’s so good. At the same time I played only nine events and got injured in two of them and two of them have been Grand Slams.

“He’s having a great second part of the season so he deserves to be where he is.

“Everybody was sure that he would be back at his best and I’m happy to see somebody like him back playing at that high level.”

Djokovic has made no secret of his desire to upend Nadal and said: “I’m very proud and very pleased to put myself in a position to fight for year-end No 1.

“I would say even five months ago it didn’t really look probable. But I always believed that I can actually get myself to that level quite quickly.

“The grass court season was a catalyst for everything that was coming up after that.”

Djokovic and Nadal’s rival Roger Federer has been handed an incredibly tough draw and the Swiss icon – who won the Swiss Indoors in Basel for his 99th career singles title yesterday – could meet Djokovic in the semis in France.

Chelsea vs Tottenham LIVE: Hakim Ziyech rifles the Blues ahead early on in pre-season clash at Stamford Bridge after N’Golo Kante’s superb […] 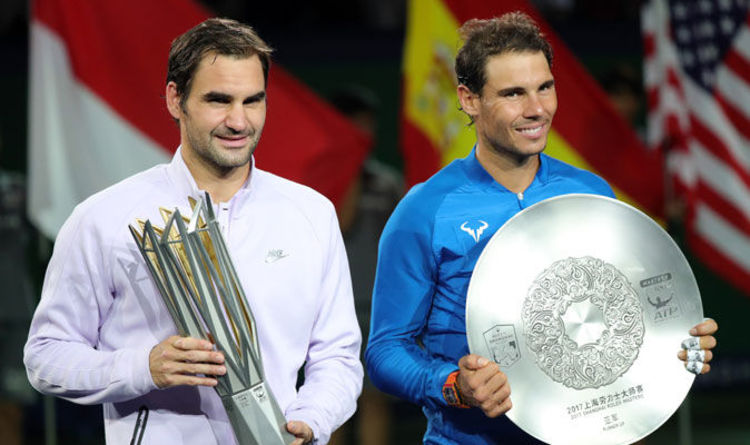 8.19pm GMT20:19 19 mins: Zagadou wins the ball, carries it elegantly into midfield and then, under no pressure, passes straight to a […]