There are less than 600 known lesbian, gay, bisexual, transgender and queer elected officials in the U.S. — just 0.1 percent of all elected officials across the country — according to a recent report by the Victory Institute, a nonprofit that trains and promotes LGBTQ political hopefuls. But this election cycle, a record number of LGBTQ Americans, who make up an estimated 4.5 percent of the U.S. population, are seeking office. Can these candidates help the LGBTQ community reach more proportionate representation? In a new NBC Out special series, “The 0.1 Percent,” NBC News profiles a handful of the hundreds of LGBTQ Americans who are on the ballot this November.

Drive into Vermont on any cold day and your nose will be greeted by the earthy sweet smell of wood-burning stoves wafting through the state’s valleys and forests. Nearly 40 percent of all homes in the state use wood for at least part of their heating, and that’s in part because about 60 percent of Vermont’s residents live in rural areas, surrounded by trees — free heat.

While she was CEO of Vermont Electric Cooperative, Christine Hallquist, 62, now the Democratic nominee for governor, spent 10 years studying Vermont’s use of wood for energy. And she has some thoughts.

“I was going to go to my grave solving climate change, but then November 9, 2016, changed everything for me.”

As she is wont to do, Hallquist deftly dispensed facts about forest carbon capture and the appropriate timeframe for reforestation to minimize the climate impact of wood-fired home heating; this, after all, is her wheelhouse.

In 2004, during her two-decade tenure at Vermont Electric Cooperative, Hallquist traveled north to Quebec City for a meeting of the Intergovernmental Climate Change Commission, where she said her life changed after she realized “the electric grid would be the key to solving climate change.”

When she took over as CEO of Vermont Electric Cooperative in 2005, she said she overhauled the failing organization, lowered rates, reduced outages, pledged to abide by the union contract and began to reorient its energy portfolio toward a carbon-free future. She predicts the state will be close to all renewable electricity generation by 2025, no small feat. Along the way, she learned a lot about what it takes to run an infrastructure network in a rural state.

“I was going to go to my grave solving climate change,” she said, “but then November 9, 2016, changed everything for me.”

After the election of Donald Trump nearly two years ago, Hallquist started to make the shift from business executive and climate-change activist to political candidate on the verge of making history. Should she emerge victorious on Nov. 6, she’ll be the country’s first transgender governor.

“Certainly I never expected or even dreamed that I would be sitting here as a candidate for governor,” Hallquist said. But Trump’s victory compelled her to enter politics.

“In the physics world, for every action, there’s an opposite and equal reaction. This is a reaction to 2016,” she explained.

Hallquist said she hopes “our children and our children’s children look back at 2018 and say, ‘Hey, that’s when we all got in, and our democracy survived a despot.’”

Vermont has had just one scientific poll of the gubernatorial race, which showed Hallquist within striking distance (and the margin of error) of Republican Governor Phil Scott, whose sky-high popularity dimmed after he ran afoul of the state’s most enthusiastic gun owners by signing gun control legislation.

Hallquist outlined her plan to win: Chittenden County — the home of Burlington, the state’s largest and most progressive city — is “covered by the ground game,” Hallquist said. “That enables me to hit all these small towns.”

“We believe we’re going to win basically on our boots-on-the-ground campaign,” she said. “It’s clearly a field campaign here. People in Vermont want to meet their candidate.”

So she has been traveling around the state, staying in the homes of volunteers and meeting voters face to face, pitching her rural economic development plan. As much as the national media has focused on Hallquist’s historic status as a trans gubernatorial nominee, she has tried to focus on rural broadband access, universal medicare and hiking the minimum wage.

Just a few weeks ago she went to rural Rochester, Vermont, population 1,094, and found not the 10 people she expected, but 40 people who had gathered to watch a screening of her son’s documentary, “Denial,” which tracks her quixotic quest to save the world from carbon, and an unexpected event that happened while the documentary was filming: coming out as transgender.

“You know, clearly Donald Trump spoke to rural voters,” Hallquist said. The Democratic Party, she added, lost rural voters, because it stopped talking to them.

“We underestimate the intelligence of rural voters,” she continued. “When you marginalize the community, you know, that community gets desperate — desperate people will vote for despots.”

After Hallquist won an upset primary win in August with stronger than expected support from the state’s reddest counties, she chalked up her performance to her rural economic development agenda, which centers around a plan to crisscross the state with fiber optic internet cables in order to bring high speed internet to everyone.

According to popular wisdom, rural people are the voters who might be the least welcoming and accepting of a candidate like Christine Hallquist. And yet, these are the areas that helped carry her to victory in the primary.

“They recognize somebody who has a plan that can help them,” she said.

Even as the country cleaves ever deeper political divisions along the urban-rural divide, majority-rural Vermont remains an outlier. The state’s voters elected Republican Phil Scott for governor, as well as self-described socialist Bernie Sanders as a senator.

Hallquist hails from Baldwinsville, New York, a town she says is very similar to the town she lives in today, Hyde Park. She paid her way through college, where she earned an associate’s degree, by working at Radio Shack. In 1976, she accepted a job on a factory floor in Vermont and moved there; she quickly fell in love with the state.

“I had the opportunity to work my way up,” she said. “On a side note, I’ll say I don’t think young people have that same opportunity today.” She raised three kids with a loving wife and spends time at her serene lakeside home in central Vermont. She calls hers a “very blessed life.”

“When I hit my late 40s, I started to feel very guilty, because my children thought we had an honest and trusting relationship, but I hadn’t told them the most important thing about myself,” she added.

She officially transitioned on December 2, 2015. After 40 years of worrying, Hallquist found that her worst fears were unfounded: She lost neither her wife nor her job.

“Vermont welcomed me with open arms, which was pretty amazing,” she added. “I call it a miracle, but then again, I recognize it’s not a miracle, because thousands of Vermonters fought before me for what was right and what is just.”

Today, Vermont is home to the largest percentage of people who identify as LGBTQ, according to a Gallup poll.

While Hallquist has not shied away from discussing her transgender identity or the historical nature of her candidacy, she has sought to make the race about her platform and her plans for Vermont — plans she’s confident she will be elected to carry out.

“You know, I’m going to out-hustle Phil Scott,” she promised. 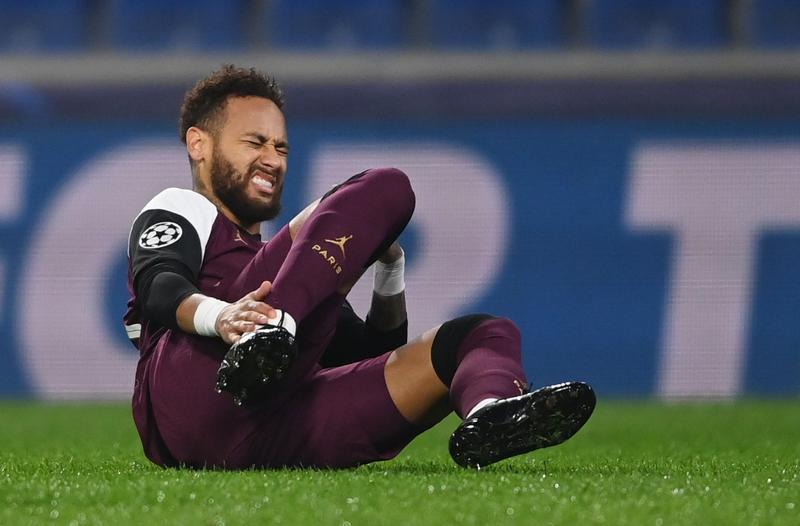 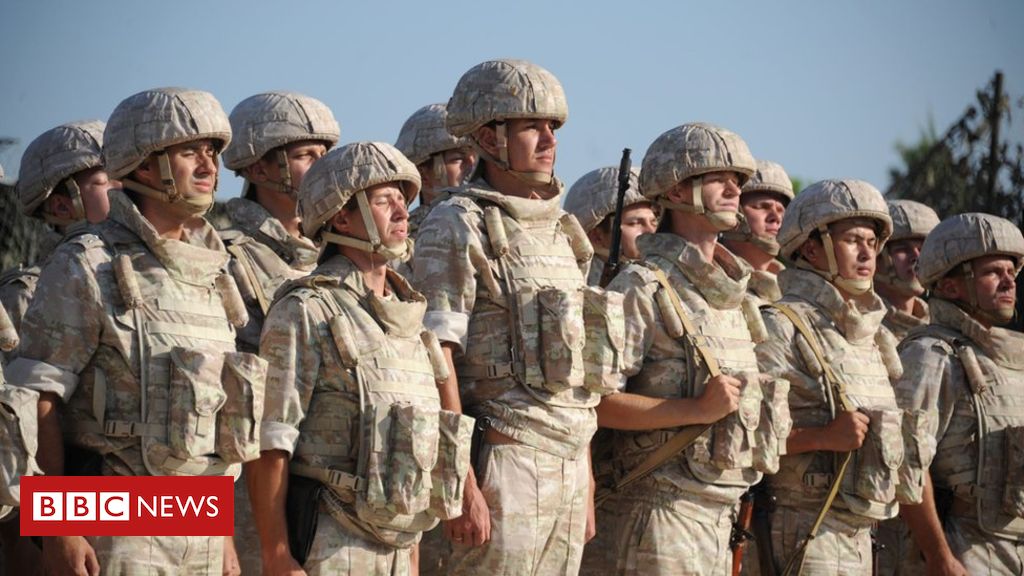 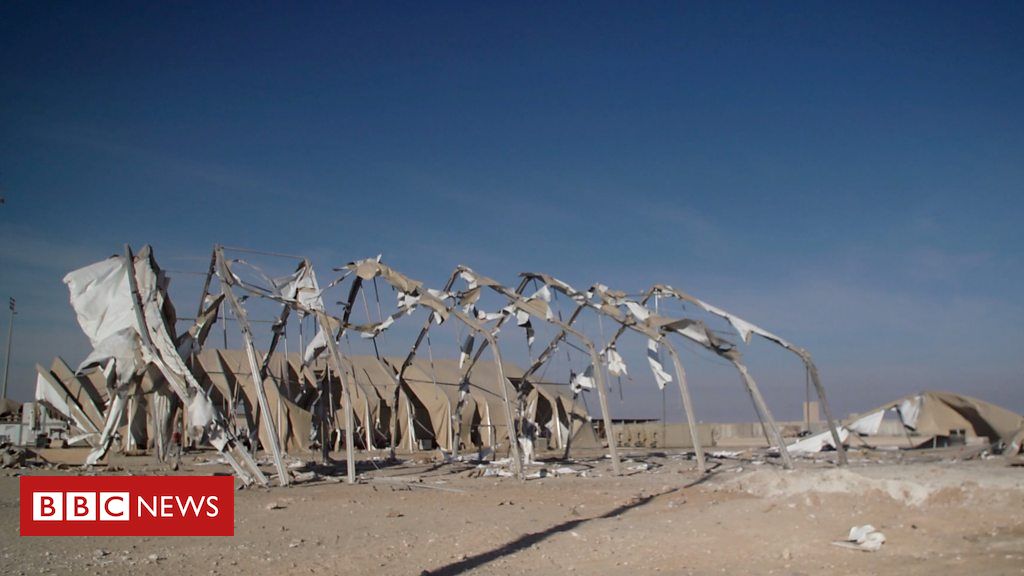 US air base Al Asad in Iraq was targeted by Iran in response to the death of Qasem Soleimani, the top Iranian […] 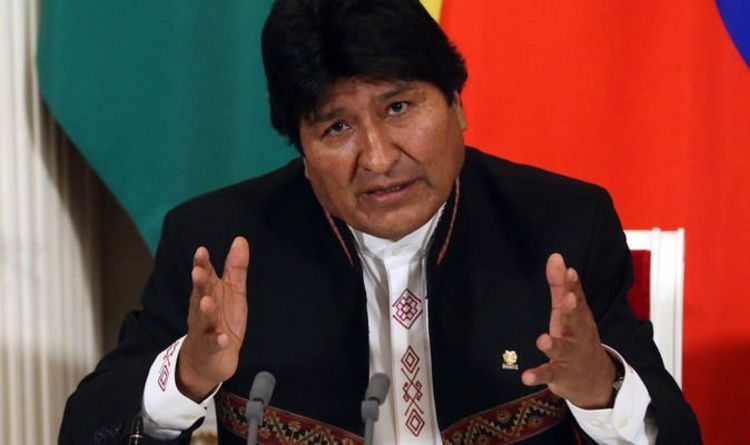 The decision was announced after the country’s military chief went on TV on Sunday to call for him to quit. In his […]