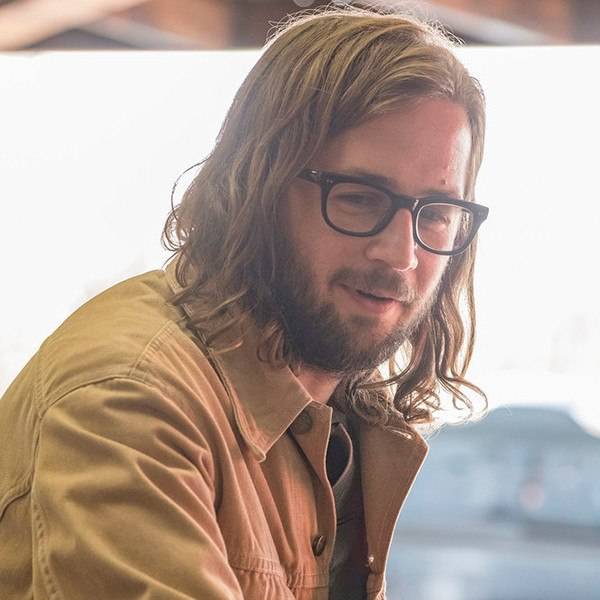 We knew Jack Pearson was noble to almost a fault, but choosing to join the Vietnam war? This guy is something else.

Tonight’s This Is Us started with Jack on his way to find his brother in Vietnam, and then went backwards to show how he got there. We learned that Jack had been excused from the draft due to an irregular heartbeat, but his brother Nicky (Michael Angarano) was not so lucky. We watched as Nicky heard his birthday called in real draft footage, and we then saw the family get a letter about how he had gotten himself into trouble, and knew he wouldn’t make it home.

We also saw how Jack had spent most of his early life protecting his little brother, particularly from their abusive father. He had tried to protect Nicky from the war as well, offering to drive him to Canada, but Nicky felt he had to go. So when he was in trouble, Jack went and asked to join the war, quickly being promoted until he had his own squad, and after a firefight lost one of his men his leg, the whole squad got assigned to guard detail in a small, picturesque fishing village. Jack then got a lift to a nearby town where his brother was stationed, which is where we began and ended the episode, with our first glimpse of who Nicky had become after months in Vietnam.

This episode is just the beginning of what we have to learn about Jack and Nicky’s time in Vietnam, though we won’t see the story directly pick up with Jack and Nicky for a few weeks, creator Dan Fogelman told reporters after a screening of the episode.

Angarano tells E! News that there’s still “a pretty good amount” to learn about Nicky after the little that we learned tonight, but when we asked if he would describe the journey with the two brothers as “satisfying,” he said that might not be the right word.

“You’ll understand later,” he told us. “You’ll understand it, but I think to say it’s satisfying would be wrong. I think it might be ‘surprised and a little bit saddened.’ It’s a complicated dynamic between the two of them. Seeing Jack when he first arrives, I think he’s happy, he’s resentful, I think he’s angry but ultimately I think Nicky is a very lost soul.”

Angarano says he has asked for a few vague specifics on what’s to come for his character, especially in Vietnam, but mostly he’s learning as he goes.

“I think it’s more important to understand what’s happened to him and that his past has influenced his decision to go to Vietnam in the first place and to not cross into Canada. … When he sees Jack in that last moment, I think their entire sibling dynamic flashed before his eyes. So I think for me it was much more important to understand where he’s come from than to have knowledge of where he’s going.”

In the episode, we saw Jack get stationed in a small fishing village, which was inspired by the episode’s co-writer and Vietnam vet Tim O’Brien.

“It was a very vivid memory of Tim’s,” Fogelman tells us. “It was a couple of weeks on the water, fishing boats, a little bit of rest from the war.”

He says that the village is a “formative experience” for Jack and Nicky, and much of the Vietnam storytelling revolves around it.

“It gives us a nice base ground to explore some kind of human stories that are surrounded by war and inside the war and have war coming in and kind of engaging in them but it’s not like constant fire fights.”

Speaking of those fire fights, we saw Jack’s friend Robinson, who Kevin will someday email, lose his leg, and then we also saw Robinson give Jack something he’ll never forget. As he was about to be carried on to the helicopter, Robinson put his hands on Jack’s face and told him to breathe, because “when we’re so scared we’re gonna die, we forget to do the thing that keeps us alive.”

“It’s what this show does so well,” Ventimiglia told reporters of the scene. “It’s these messages that I think really resonate to what we need to hear right now. I mean, we’re all watching it and I hear everybody take a deep breath when that moment happens. It’s a really cool thing when a TV show can impact people in a way that makes them breathe.”

We’ll see more of Robinson and Kevin in next week’s episode, Fogelman says.

Ventimiglia grew up hearing stories about Vietnam from his father, who was also a veteran.

“I’m constantly reminded that my dad had this experience in the war just like many men and women have and we can never truly understand it, but I think what we can try and do as an audience to their stories is respect that they made it through the other side,” he tells us. “Anybody that has lived through something like that, their feelings on it are validated. I don’t know if there’s anything that I discovered or that surprised me, I’ve been around it, I’ve heard it from a lot of different people in my life, I just try to be responsible with my storytelling side of it.”

He says that when he learns something new about Jack, like his experiences in Vietnam, it doesn’t change anything about the character for him, but it does add to the character.

“I kind of look at Jack’s life as this bubble, the more we can kind of tell the stories, the more that bubble grows and gets bigger. So knowing much of his younger years, it helps. It just helps,” he says.

Both Ventimiglia and Angarano spoke about the use of the actual draft footage, which is what Jack and Nicky were watching at the bar. Nicky’s birthday was chosen because it was early on in the list, and both actors checked to see if they would have also been drafted.

“Both of them were drafted,” Ventimiglia said of his and Angarano’s birthdays. “We both would have been going…”

“Which actually helped,” said Angarano. “You feel this sudden weight.”

Ventimiglia described asking crew members their birthdays, and watching relief wash over those who wouldn’t have been drafted.

“I don’t care how much research or reading or documentaries you watch, there’s just not much you can do to recreate a traumatic moment in so many young men’s lives. That moment to me meant a lot,” Angarano said. “We don’t have something similar to that emotionally or intellectually that we can understand.”

For more on This Is Us and how Jack’s story will affect his family, check out our interview with Dan Fogelman. 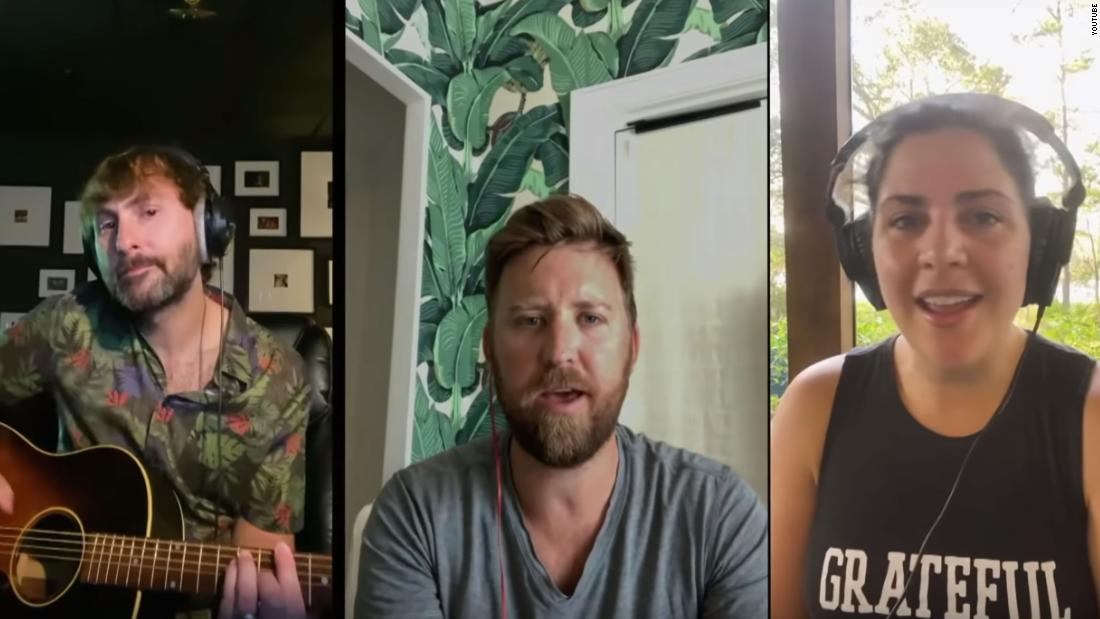 Isolation is not stopping Lady Antebellum from creating beautiful music together. source: cnn.com 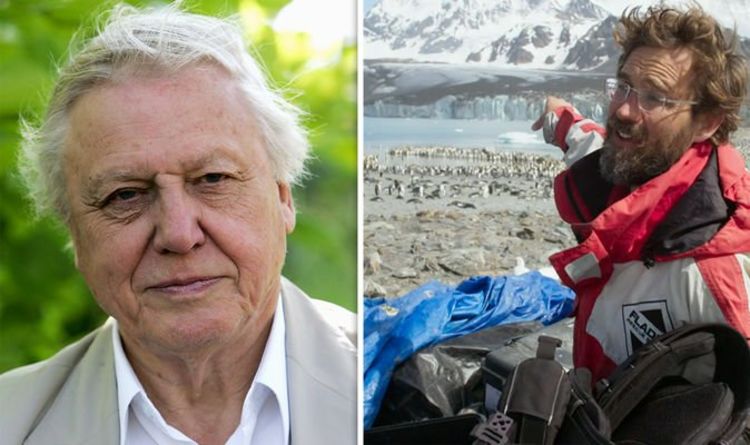 Earlier this month, Sir David – the legendary BBC presenter – took viewers to the South Pole for the first episode of his new […] 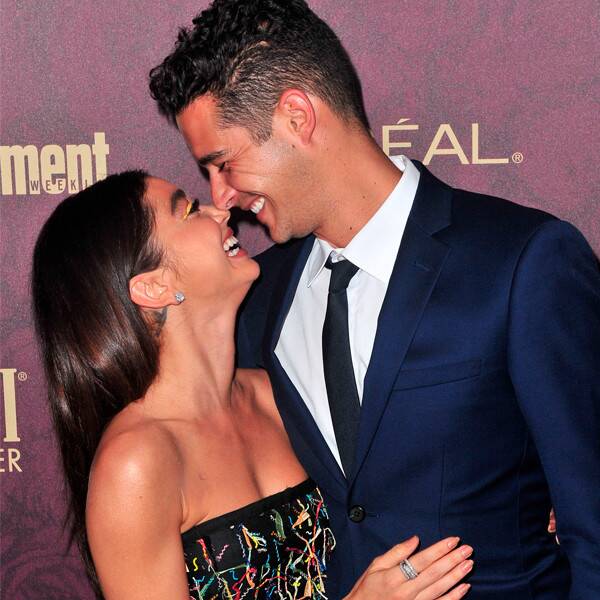 Owen Kolasinski/BFA.com Wells Adams put a ring on it! The former Bachelorette star shared the exciting news on Tuesday evening that he […]