The 1990s keep coming back to comment on the election of Donald Trump, for better or for worse.

The latest example of this is the revival of “Murphy Brown,” a CBS legacy title which originally ran from 1988-1998. The show was a contemporary of “Roseanne,” which also was brought back this year in an apparent attempt to appeal to Middle American viewers.

But whereas “Roseanne” tried to position itself in the nostalgic middle ground, Candice Bergen’s “Murphy Brown” is here to preach her anti-Trump views to whoever will listen. The result is a show that at times can be screamingly funny, but often seems more interested in being self-righteous than entertaining.

“Murphy Brown,” in its heyday, was a show that basked in the politics of the era, mixing reality with a fictionalized newsroom and picking hilarious fights with real politicians like Dan Quayle. In a world where politics has become hyperpartisan, bringing back Murphy as a political counterpoint to ABC’s “Roseanne” probably seemed like a no-brainer to veteran TV executives eager to appeal to nostalgic boomers and aging millennials.

But the reboot’s early struggles actually have a lot to do with the original series, which the network semi-helpfully made available to a younger generation by uploading a greatest hits package of episodes to CBS All-Access.

Bergen’s Brown is an investigative journalist, a successful, middle class career woman. The show’s jokes are mostly contemporary, couched in the referential humor of the time period and her comedic targets are a blend of real people or parodies of recognizable figures. At the time, the idea of stations like CNN broadcasting 24-hour “rolling news” had only just taken off, Fox News was still a decade away and a primetime TV show that was based on taking the piss out of politicians and news figures still felt pretty novel.

Two decades later, even fantasy shows reference politics. A show based on referential humor feels old school at best, and there’s nothing refreshing about “Murphy Brown’s” angle on it. Worse, a central theme of the original plot was Brown’s ineptitude as a single mom. But an aged Murphy Brown can’t fall back on this plotline — and it’s doubtful it would land if she did — meaning the show just doesn’t have much material to work with outside of its commentary on the media and Trump.

Brown is still as feisty as ever, but her targets feel more obvious — and sometimes naïve. In the age of Fox News, the role of TV hosts has changed, and arguably not in a good way. The series seems to believe that an out and proud liberal (fake) anchor is either righteous enough or interesting enough to hook viewers. Aaron Sorkin’s “The Newsroom” can attest otherwise.

Brown is still as feisty as ever, but her targets feel more obvious — and sometimes naïve. In the age of Fox News, the role of TV hosts has changed, and arguably not in a good way.

Meanwhile, the old cast of characters feels familiar, if a little stale. Faith Ford is stuck doing endless “Corky Sherwod has menopause” jokes. Joe Regalbuto, whose original character Frank was a walking #MeToo moment to every woman he came in contact with, is now a sad old man who cannot get a date and cannot understand why. Grant Shaud as Miles Silverberg is now less obnoxious than he used to be but the Jewish stereotype remains.

Every scene with the four of them is stilted when it’s not painful, with staged multi-camera sitcom blocking that literally went out of style in 1999. Worse, too much of their banter consists of corny jokes about how old everybody is now. This didn’t work well with the rebooted “Will and Grace” and it’s not working well here.

There are bright spots. Those who watched the original show will recognize some of the running jokes. (Murphy’s continued inability to get a competent administrative assistant has not changed in two decades.) Showrunners have also called some old cast members out of retirement to be guest stars, like the 82-year-old Charles Kimbrough. Over the course of the first few episodes, references are made to the cast members who passed away in the intervening time. The best replacement casting by far is Tyne Daly as Phyllis, taking over for the late Pat Corley, who played the owner of the “Phil’s Bar” watering hole the characters frequent. Not that Daly’s lines are much better but at least she knows how to make the most of her screen time.

But the series only really comes alive in a few instances. The first is when Murphy and her now-grown son Avery (Jake McDorman) are together on screen, loving competitors whose cable news shows air in the same time slot on rival networks. (Hers on the CNN stand-in network CNC, his on the Fox parody WOLF.) Bergen and McDorman have perhaps the best chemistry of anyone she’s been paired with since the very early days of the show — if all of Bergen’s time off-air was spent hanging out with her son this would be a much better sitcom.

And the premiere episode takes off in a massive way when the camera starts rolling on “Murphy In the Morning.” Trump live tweets along with Murphy Brown’s show — heckling her with the believably dumb but very on-brand nickname of “Old Murphy” — prompting Brown to embark on an on-air rant. In another episode, Brown faces down White House spokesperson Sarah Huckabee-Sanders. In a third, there’s an interview with a Steve Bannon parody character that offers a glimpse into how the series could eventually succeed. The problem isn’t that Murphy Brown leans anti-Trump, the problem is that the show’s writing needs to cut deeper instead of always choosing the easy targets like Sanders.

Brown’s son Avery, on the other hand, is stuck doing what Margaret Sullivan of the Washington Post once excellently nicknamed “The Endless Diner Series.” This allows showrunners to expertly skewer the uselessness of the very real cable segment in which liberals travel to diners in tiny towns to ask the local yokels if they still support Trump.

These parodies of cable news tropes and Trumpian shenanigans constitute some of the show’s sharpest writing. But then again, those were the places where “Murphy Brown” was always best, poking at real world figures in the hopes that they would take the bait and respond a la Dan Quayle. (Yes, he comes up in the premiere.) The show is obviously hoping it will get the same sort of attention from Trump as the “Roseanne” revival did, though in this case a negative reaction might actually be preferred. (The show also seems to have been influenced by “Roseanne’s” fall from grace: When Murphy Brown gets a Twitter account, she’s warned the wrong tweet could cause her to lose her show.)

Even despite its stumbles, the nostalgia factor for “Murphy Brown” may keep it alive — or at least keep it alive long enough to make the needed adjustments. But to avoid “Roseanne’s” fate it needs to follow more in the footsteps of Tina Fey’s excellent if short-lived “Great News,” and less in the tired footsteps it’s currently retreading. 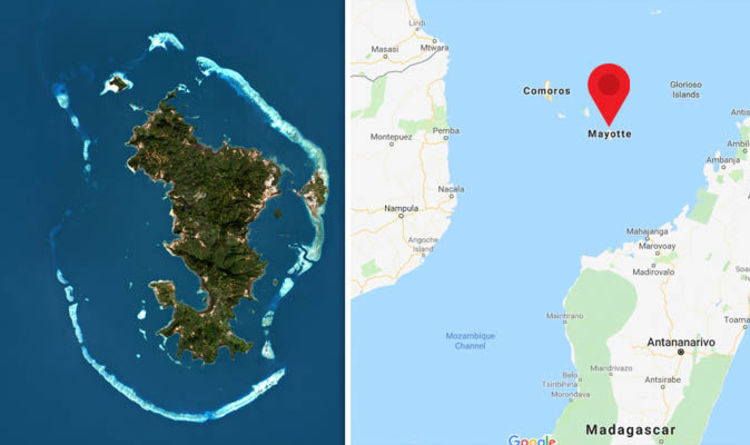 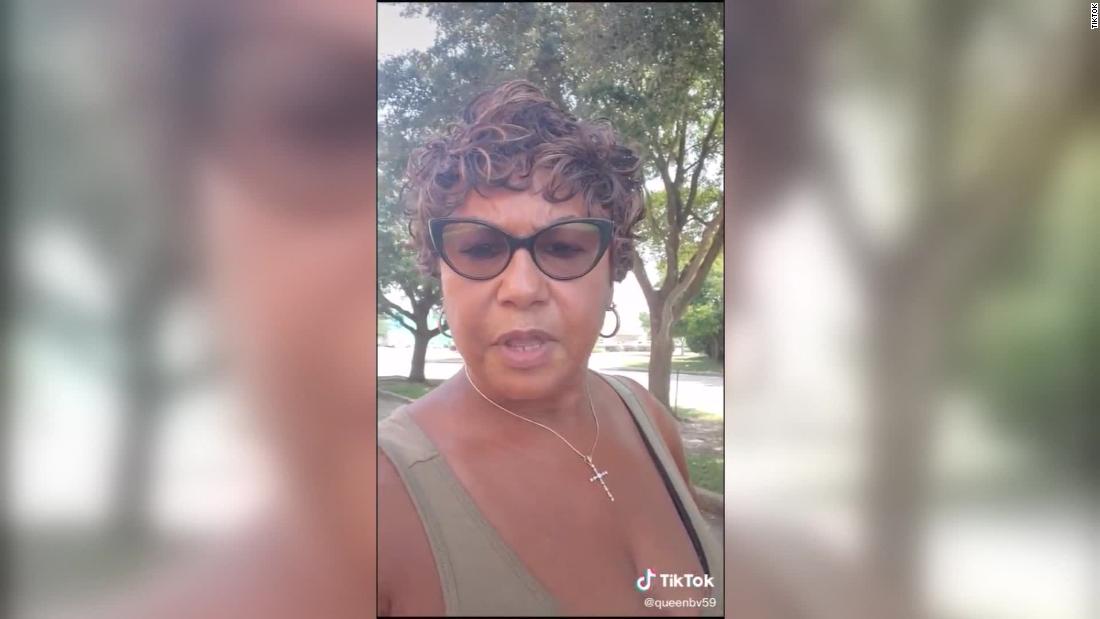 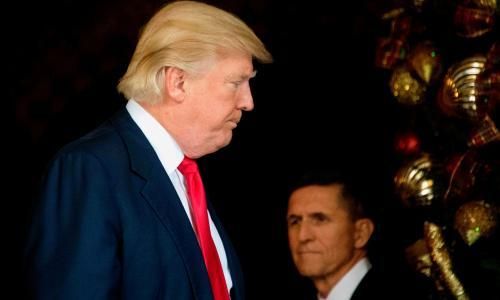 Photograph: Jim Watson/AFP via Getty Images The president-elect arrived in Washington under a cloud manufactured in Moscow and St Petersburg. Less than […] 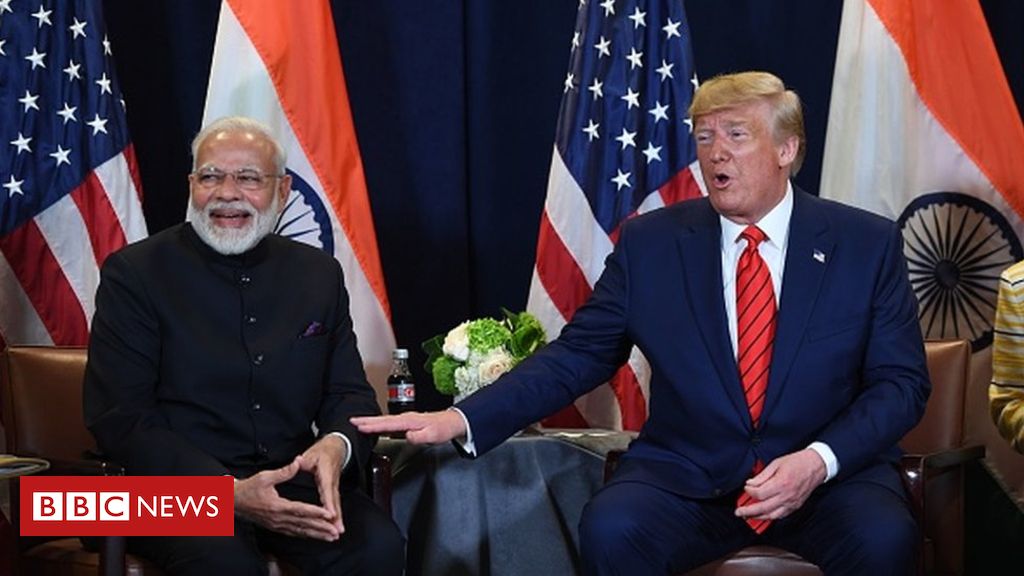