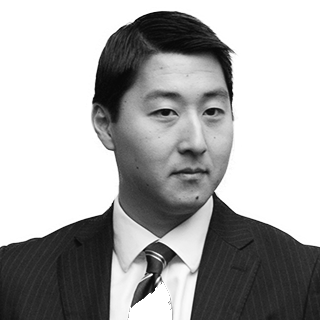 As criticism of Supreme Court nominee Judge Brett Kavanaugh mounted this week, Senate Judiciary Committee Chairman Charles Grassley, R-Iowa, scheduled a hearing for Sept. 24 in order to address the sexual misconduct allegations made against the nominee by Dr. Christine Blasey Ford. Kavanaugh and Ford were both invited to the hearing.

On Tuesday night, however, Ford’s lawyers sent a letter to Grassley calling “for a full investigation by law enforcement officials” to “ensure that the crucial facts and witnesses in this matter are assessed in a non-partisan manner, and that the Committee is fully informed before conducting any hearing or making any decisions.” It seems that unless something changes, Ford will not be accepting Grassley’s invitation.

Good. If history has taught us anything, it’s that Senate Republicans cannot be trusted to provide Ford with a level playing field and a fair hearing. As Anita Hill pointed out in an essay published Tuesday in the New York Times: “That the Senate Judiciary Committee still lacks a protocol for vetting sexual harassment and assault claims that surface during a confirmation hearing suggests that the committee has learned little from the Thomas hearing, much less the more recent #MeToo movement.” 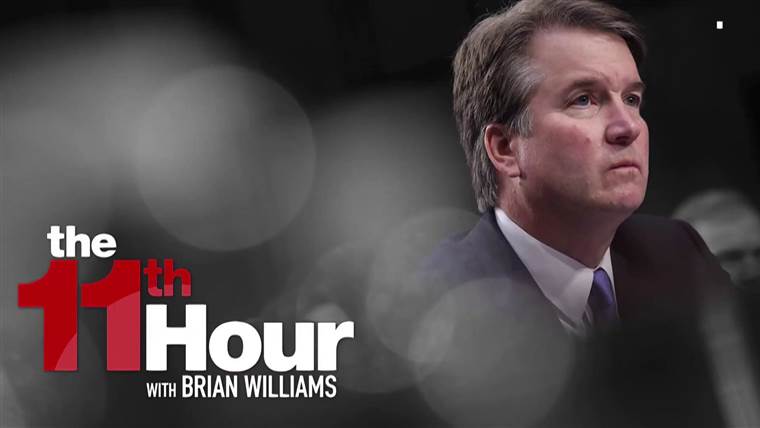 So far, the Republican response only bolsters Hill’s observations. Appearing on “Good Morning America,” former New Jersey Gov. Chris Christie claimed that the whole thing was “extraordinarily unfair to Judge Kavanaugh.” Even Grassley released a statement questioning the timing of the allegations, if not Ford herself. And these are the moderate reactions.

As constructed, this committee hearing isn’t about seeking justice, it’s about protecting Brett Kavanaugh, just as the committee’s 1991 proceedings were about protecting Clarence Thomas. Anita Hill, then a law professor, accused Thomas of sexually harassing her when he was her supervisor at the Equal Employment Opportunity Commission. (Thomas has denied these allegations.) Hill went before the Senate Judiciary Committee and was subjected to brutal questioning from skeptical senators.

Sen. Orrin Hatch, R-Utah, currently one of the Senate Judiciary Committee’s most senior members, was also one of the politicians who questioned Hill. At the time, Hatch declared that he believed “the Judge [Thomas] is telling the truth” and characterized Hill’s accusations as “scurrilous allegations.”

All Ford and her lawyer needed to do was review the transcript from the Judiciary Committee’s proceedings in October of 1991 to get a feel for how a hypothetical hearing might play out.

Some things never change. In fact, all Ford and her lawyer needed to do was review the transcript from the Judiciary Committee’s proceedings in October of 1991 to get a feel for how a hypothetical hearing might play out.

It’s highly probable that the committee chairman would, as Joe Biden did almost three decades ago, open with a statement declaring that sexual harassment is a very serious matter. The purpose of the hearing is to “air specific allegations against one specific individual, allegations which may be true or may not be true,” said Biden, then a Democratic senator representing Delaware.

Biden’s relatively weak rhetoric was undercut further by the statements of his peers. “We are here this morning to attempt to discern the truth in some rather extraordinary allegations made against this nominee,” the late Sen. Strom Thurmond noted at the time. “Before we begin, I want to emphasize that the charge of sexual harassment is a grave one and one that each Senator on this committee takes with the utmost seriousness.”

Republicans might also try and use Ford’s understandable reluctance to go public as a weapon to undermine her accusations and paint her memories or motivations as suspect, just as former Sen. Arlen Specter, R-Pa., attempted to do to Hill when he asked her, “how could you allow this kind of reprehensible conduct to go on right in the [EEOC] headquarters, without doing something about it?”

If she appeared, Ford would likely be asked what type of evidence she could produce to support her accusations. For example, Hill was asked by Specter why it hadn’t crossed her mind to collect some proof, claiming that “her evidentiary position would be much stronger if [she] had made some notes.”

Republicans like Specter tried hard to use the passage of time to downplay the allegations against Thomas, a tactic that would almost certainly be used to defend Kavanaugh today. “In the context of Federal law limiting a sexual harassment claim to 6 months because of the grave difficulty of someone defending themselves in this context,” Specter said, “what is your view of the fairness of asking Jude Thomas to reply 8, 9, 10 years after the fact?”

I wouldn’t be surprised if Republicans even tried to paint Ford as the pursuer of Kavanaugh in some way. After all, Hill suffered the indignity of being asked if she was “disappointed and frustrated that Mr. Thomas did not show any sexual interest in her?”

The bottom line is this type of congressional hearing is effectively rigged against Ford. And it seems that both she and her lawyer have already realized this.

The structure of congressional hearings is always biased towards the members. Witnesses are not permitted to ask questions of senators or of other witnesses. There is no real cross-examination like there is in a court of law. There are no protections for the witnesses.

If Grassley and Senate Republicans are serious about exposing the truth, they should support Ford’s call for an independent investigation.

If Grassley and Senate Republicans are serious about exposing the truth, they should support Ford’s call for an independent investigation and not allow the political calendar to dictate how they proceed. If Kavanaugh is serious about clearing his name, he should be the very first to forcefully support a deliberate, neutral and fair process. And if there ever is a hearing, in the near or distant future, Ford should be permitted to have her counsel participate; Her counsel should also be allowed to ask Kavanaugh questions.

Bear in mind, we are talking about a victim of sexual assault being asked to go before a committee controlled by an all-male Republican majority whose current sole objective is to deconstruct the traumatic events experienced by a teenage girl.

As Anita Hill so aptly explained in the Times: “The weight of the government should not be used to destroy the lives of witnesses who are called to testify.”

ROME (AP) — Italy’s defense ministry says five Italian soldiers have been wounded by the explosion of a device in Iraq. The […] 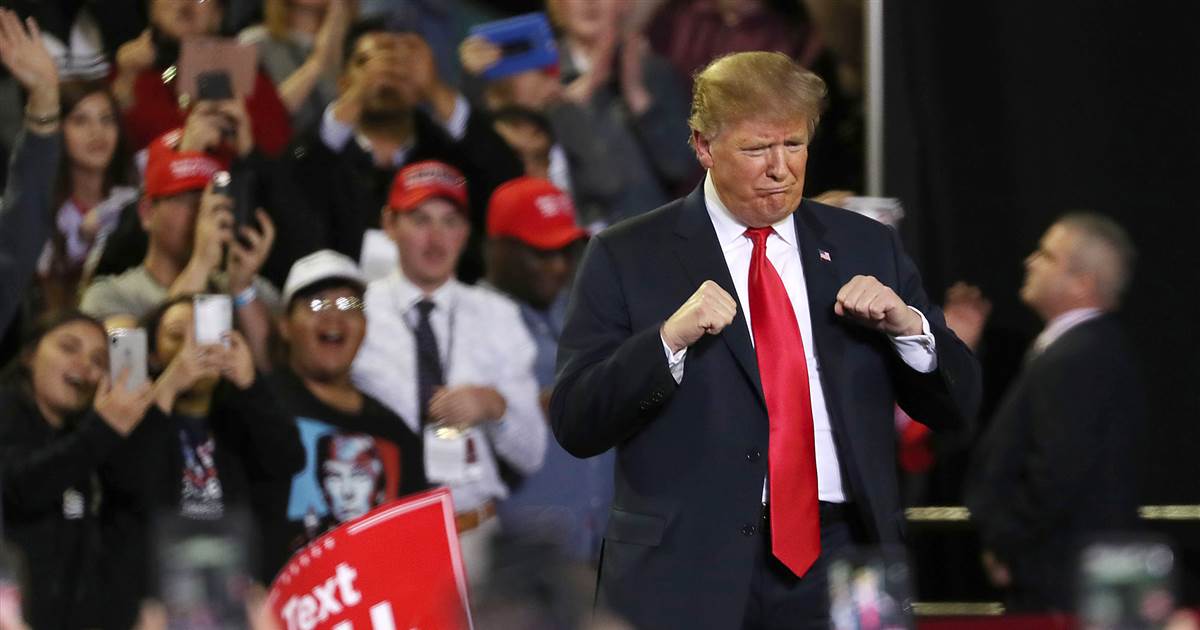 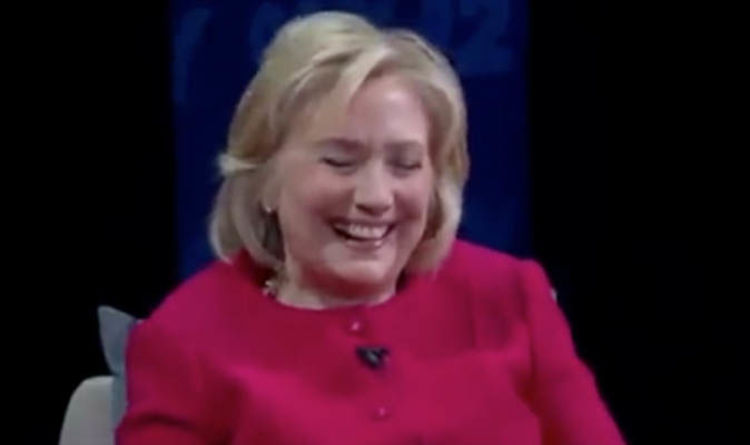