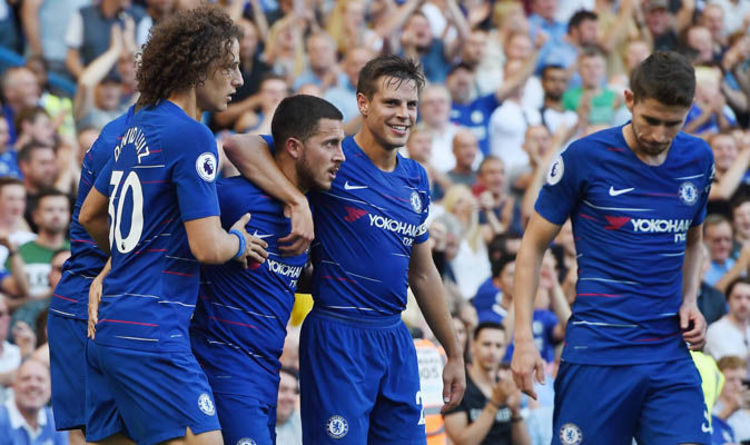 Sarri managed to keep his best player Eden Hazard through a summer transfer window where the Belgian was heavily linked with a move away from Stamford Bridge.

The winger has started the season showing how important he is to a team who are trying to perfect the Sarri-ball style of play.

Chelsea may have begun the season with four wins from their opening four Premier League games, but Hazard has issued a warning to his fellow team-mates that they need to keep improving.

“The manager doesn’t like it when we just keep the ball at the back.

“He wants the ball moving forward.

“We are trying to do this in training and also when we have a game.”

Sarri will be able to look forward to the international break for two reasons.

First, he can be happy that he has a side who currently have the knack of finding a route to victory no matter what – the type of pedigree needed to be champions.

Secondly, the 59-year-old Italian will have quality time to spend some with his dog Ciro, who has now joined him in England.

Chelsea were a devastating counter-attacking outfit at their best under former manager Antonio Conte and have wasted little time getting to grips with Sarri’s demand to dominate possession.

Once again they had to wait patiently for all that possession, pushing and probing to pay off against the Cherries.

Ultimately, though, it did and for the third game running they won it late on thanks to goals in the last 20 minutes from substitute Pedro and another from Hazard.

Bournemouth manager Eddie Howe, meanwhile, was impressed by what he saw during his first Premier League look at summer signings Jefferson Lerma and Diego Rico.

Club-record signing, £25million midfielder Lerma and left-back Rico, a £10.7m capture, both made their league bows against Chelsea.

And Howe said: “He [Lerma] did really well. I was very pleased. You saw real qualities he is going to bring to the team.

“He was blocking shots, defensively he was very good and very mobile in the middle of midfield. He and Dan Gosling had a lot of work get through and they did it really well from a defensive perspective.

“Diego did well. Usually you’d see him a lot more attacking than you did today. He is more of a full-back in the mould of Charlie Daniels, Adam Smith.

“He had to be more reserved and had a lot of defending to do and I thought he did really well.”

Catches, tea and nets: Wisden–MCC Photograph of the Year – in pictures