The six-term Republican senator from Arizona, who passed away last weekend, lied in state under the U.S. Capitol Rotunda — only the 31st person to ever receive that incredible honor — for a ceremony and public visitation Friday as lawmakers paid their respects.

Moments before the ceremony began, rain poured down as U.S. service members escorted McCain’s flag-draped casket up the Capitol steps, as senators and members of Congress — in addition to McCain’s widow, Cindy, his children, and his 106-year-old mother Roberta — awaited his arrival.

Pence, speaking last, praised McCain as an “American patriot” who “served a cause greater than himself.”

“In every generation, there are those who put country first, who prize service ahead of self, who summon idealism,” Pence said. “John McCain was such a man.” 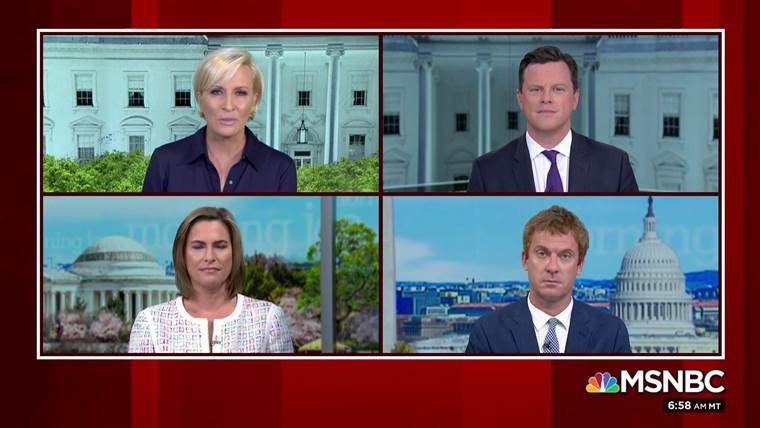 “We celebrate six decades of devotion to the American idea and the cause of human freedom,” McConnell said. “Generations of Americans will continue to marvel at the man who lies before us.”

House Speaker Paul Ryan, R-Wis., who addressed the group next, called McCain “one of the bravest souls our nation has ever produced.”

Ryan added that, “We have this beautiful thing, the chance to do for this man what he did for us, to stand up, to stand up and embrace the cause of his life.”

“No one of us can fulfill this charge but all of us sure can try,” he said. “Because all of this, all of this, it’s worth fighting for.”

Notably absent, however, was Trump himself, who feuded fiercely and frequently with McCain over the last three years. The president is not scheduled to attend any of the Washington-area services for McCain.

The ceremony was just the latest in a week’s worth of them for the statesman, former prisoner of war and two-time presidential candidate.

The day before, in Phoenix, McCain was eulogized as a “true American hero” at a crowded church service for the maverick politician that ended with the playing of Frank Sinatra’s “My Way.”

And on Saturday, a procession is scheduled to pause at the Vietnam Memorial before a service at the Washington National Cathedral. Burial at the U.S. Naval Academy in Annapolis, Maryland, is scheduled to take place Sunday.

Rochester police chief out in fallout over Prude death

Cheer's Jerry Harris, 21, is under FBI investigation for allegedly soliciting sex from minors

Xinjiang: US to block some exports from Chinese region

North Korea's brutal threat to Joe Biden exposed: 'Must be beaten to death with a stick!'