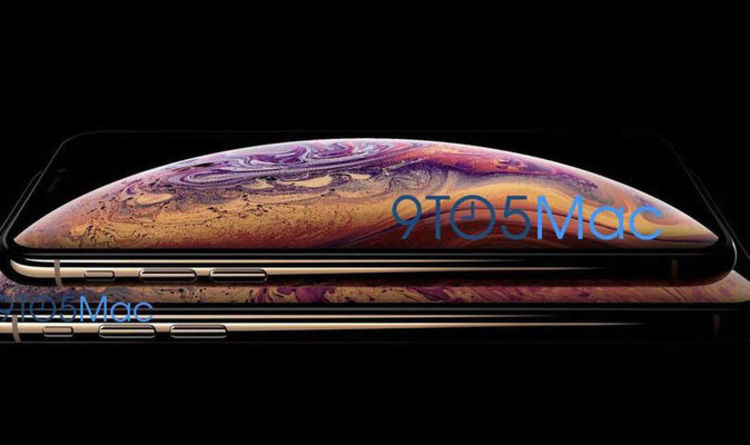 There are just under two weeks to go until Apple’s big 2018 event, but iPhone fans may already know what the next iPhone will look like, thanks to a number of leaked images online.

9to5Mac posted a series of images of a new iPhone design, dubbed ‘iPhone XS’, as well as images of the Watch Series 4.

There are two new iPhone’s in the leaked image, with no sign of the supposed third iPhone which was rumoured to be arriving at the same time.

Both appear to be edge-to-edge screens, with no home button, in a similar vein to the iPhone X.

What is the iPhone XS?

iPhone fans may finally have their first look at Apple’s new series of phones, in a series of leaked images published to 9to5Mac.

There is no indication of how 9to5Mac got the images, but it appears that the pictures are from official marketing materials which would presumably be released during the announcement.

Apple is scheduled for a big event in Cupertino, California, on August 12, where many expected them to announce a new series of iPhones.

Rumours circulated on the internet that Apple would be unveiling three new phones – a budget iPhone X, a larger, X Plus model, and an undescribed new model.

These new images, however, seem to show off just two new phones that may just be the new iPhone XS series.

The images show two phones, one much larger than the other, with a bezel-less, black design.

The images may also reveal a new gold look for the iPhone.

9to5Mac claims to exclusively share the first images of the 5.8-inch and 6.5-inch OLED screens which will feature on the iPhone XS.

Apple has a track history of bringing out a more compact version of their flagship phones, similar to the iPhone 5C, and 6S.

9to5Mac say that there are no further details of the features on the iPhone XS phones, but they claim they can confirm the name will be the XS.

The article also suggests Apple will reveal a new Apple Watch Series 4 during the California event, which will have a bigger face and a smaller strap.

Cadillac dealers have to cough up $200,000 investment to sell EVs

The New Apple Watch Measures Your Blood Oxygen. Now What?

PlayStation 5 launches in November, starting at $399 for PS5 Digital Edition and $499 for PS5 with Ultra HD Blu-Ray Disc Drive