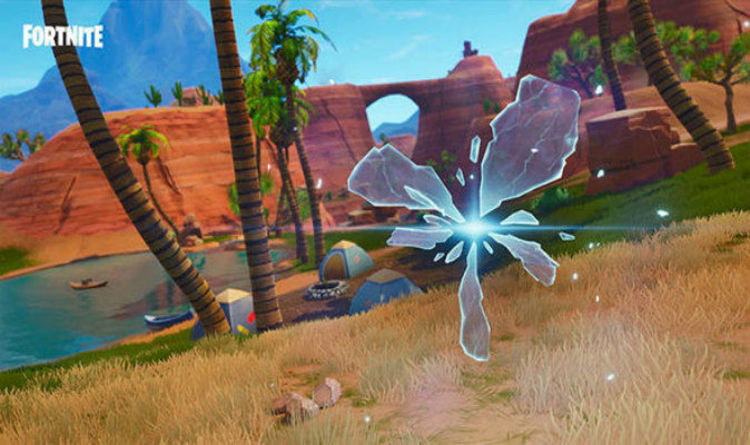 Epic Games has launched the new week 8 challenges for players to complete in Fortnite Battle Royale.

And like in the past, the high tier battle star tasks include travelling across the Fortnite map.

This includes finding the location of some rather large seats, which work as markers for finding a new battle star.

And having leaked earlier in the week, fans have now found out more on the new challenges facing them in week 8.

As many players will already know, earning Battle Stars helps to level up your Battle Pass and unlock new rewards and tiers.

As part of the big Season 5 update, Epic Games has made three of the weekly challenges available for free and the other four challenges exclusive to Battle Pass users.

So when it comes to completing this week’s big Fortnite challenges, what do fans have to do?

Locating the spawn points for the Fortnite rifts is the aim of the game, and requires players to find a certain amount across the map.

And it’s been revealed that there is a big build up of Fortnite rift spawn locations in Paradise Palms.

Other locations that have been found be Fortnite players can be found below:

Finding around ten locations should be enough to bag you that important Fortnite battle star.

The search between oversized seats week 8 Battle Pass challenge has already been completed by fans today.

Wasting no time, players worked out exactly where they need to travel to unlock the new battle star.

The three oversized seats mentioned in the Fortnite search between challenge name refers to these spots:

The spot Fortnite Battle Royale players will be looking for to solve the latest Fortnite search between challenge is just north of Flush Factory.

There, Fortnite players will find a hilltop with three trees on it that is close by to Flush Factory.

Fortnite Battle Royale fans need to head to that location and once you land on it you’ll be able to see a small patch of dirt surrounded by grass.

This area that you need to head to solve the Fortnite search between three oversized seats challenge is in square D9 of the Battle Royale map.

Serious Strength: Inside Vanessa Bryant's World Since the Deaths of Kobe and Gianna

Celebrity birthdays for the week of Oct. 4-10

Supreme Court nominations are taking longer. Time is not on Trump's side.