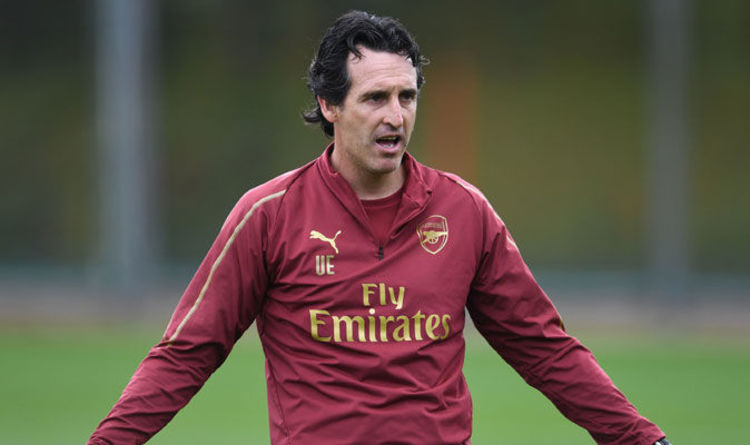 Emery took charge of Arsenal in the summer following the departure of Arsene Wenger after 22 years in charge of the Gunners.

Emery suffered a difficult start at the Emirates, losing his opening two Premier League games to Manchester City and Chelsea.

The north London side bounced back with a 3-1 victory over West Ham at the weekend, though Emery still wants his team to improve.

Arsenal finished 37 points behind champions Man City under Wenger as the side finished the season in sixth.

And the Mirror report that Emery has now banned fruit juice as he aims to improve his players’ fitness.

Emery has implemented a high-intensity tactic with Arsenal consistently pressing the opposition and playing out from the back.

Fitness is clearly a high priority with those tactics and it’s believed Emery hopes these changes on the training pitch will prove vital.

One player who has come in for criticism for his perceived lack of effort is Mesut Ozil.

Emery has denied claims that he has fallen out with the German and pundit Alejandro Moreno believes Ozil will come good.

“It’s always difficult when a new manager comes in and you have, essentially, an elephant in the room,” Moreno said.

“And that in this case is Mesut Ozil, because the guy just re-signed, and he’s making a chunk of money and he has been comfortable for many years.

“And if you’re Unai Emery, you’re trying to work in a way in which you can use the talent of this player and you can use his abilities.

“You’re not going to change, at this point in his career, what Mesut Ozil is.

“And so, do you work around it? Or do you simply say ‘we’re not going to use you’?

“I think he’s too good of a player to just say ‘we’re not going to use you’.

“And I don’t think that Arsenal is good enough of a team to just say ‘you know what Mesut? We don’t need you’.”

Russian GP: Hamilton hit by penalty as he bids to match Schumacher – live!

Chelsea recover from three goals down to draw at West Brom