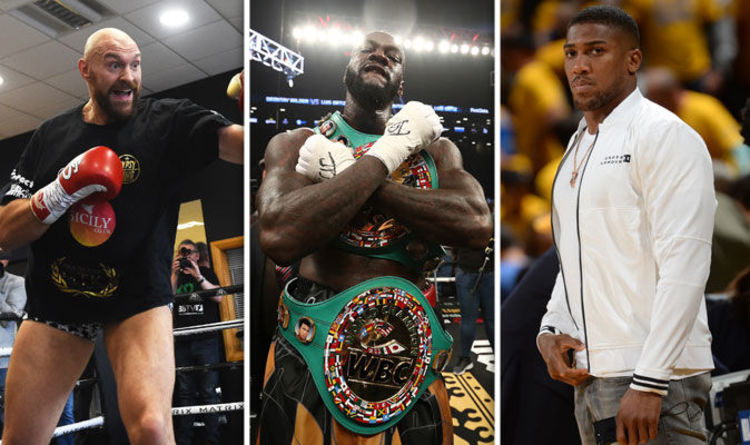 That’s the view of boxing legend and former heavyweight world champion Mike Tyson, who believes Joshua has better boxing skills than the likes of Tyson Fury and Deontay Wilder.

Joshua and Wilder currently hold the heavyweight belts though the American is expected to face Fury later this year.

Fury has never been beaten in his career and won a world strap after earning a points victory over Wladimir Klitschko in 2015.

Joshua will attempt to defend his IBF, WBA and WBO titles next month as he faces Alexander Povetkin at Wembley on September 22.

And Tyson has no doubt Joshua will win that, with the 52-year-old under no illusions as to who is the best heavyweight boxer on the planet.

“Right now, Anthony Joshua seems to be the best out of the whole lot of them,” Tyson told SecondsOut.

“I think he’s the best fighter out of the lot.”

Despite plenty of rumours that Fury will face Wilder later this year, with the American at Fury’s recent victory over Francesco Pianeta, there is yet to have been a confirmation.

Though the Gypsy King is adamant the bout will definitely happen.

“Just a quick update, I’ve been reading and I’ve heard some rumours that this fight is off with me and Wilder,” Fury said in a video on his Instagram story.

“Not on my watch it ain’t. I’m not pulling out of nothing, it’s on like Donkey Kong.

“Tyson Fury is like a king coming to America.”

Fury is currently enjoying some downtime after back-to-back fights against Sefer Seferi and Pianeta but will resume training at the start of September.

“But I will resume training on September 1st and that will leave me nine or ten weeks to prepare.

Changes on the horizon for Barcelona following Bayern humiliation

Sputnik meaning: What is Sputnik? Why has Russia named coronavirus vaccine Sputnik?