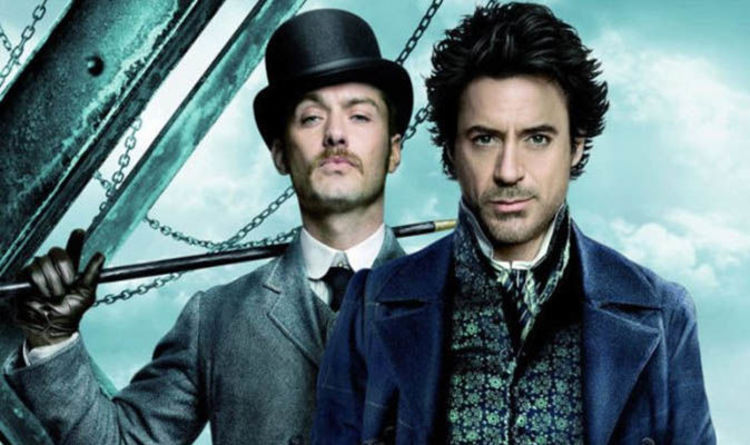 Sherlock Holmes, the famous detective from the Sir Arthur Conan Doyle novels, is back and ready to solve another case.

From board games to comic strips, video games and radio plays, Sherlock Holmes has been everywhere.

After a new interview with Entertainment Weekly, Jude Law has given a bit of detail on the upcoming movie.

Now, Robert Downey Jr’s portrayal of the detective is heading to cinemas once again.

When is Sherlock Holmes 3 out in cinemas?

The Sherlock Holmes sequel is set for a December 25, 2020 release.

The Christmas Day release of Sherlock Holmes 3 follows hot on the heels of Avatar 2 on December 18) which may impact box office performance.

Who is in Sherlock Homles 3?

Sherlock Holmes 3 has been teased by Jude Law, the man who plays Watson in the film adaptations.

Robert Downey Jr is also set to reprise his role as Sherlock himself.

The series first two movies were directed by Guy Ritchie and it is believed he will also direct the sequel.

Narcos co-creator Chris Brancato is credited as the screenwriter for the as of yet untitled Sherlock Holmes sequel.

What is the plot of Sherlock Holmes 3?

During an interview with Entertainment Weekly, Law gave away a few more details about the upcoming Sherlock Holmes movie.

He said: “We hope to propel the story forward.

“As always, the essence of the story is their codependency.

“We’re going to examine — since it’s been several years since we’ve seen them — we’re going to play up the fact that they haven’t seen each other for a long time either.”

Pretty Little Liars: A Salute to the Craziest Plotlines Ever

Whoopi Goldberg Reflects On Losing "Everything" After Controversial Political Remarks

Elizabeth Debicki rises to the challenge in ‘Tenet’

What are they doing? India reports record 79,000 new cases in 24 hours – as lockdown EASED