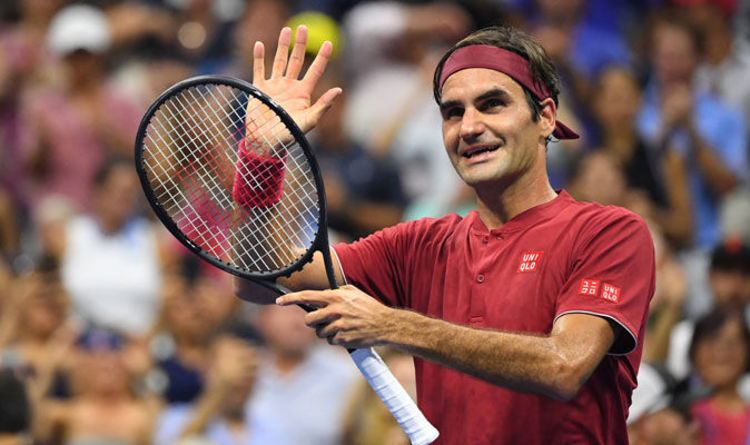 Immediately after the game, Federer stated: “I’m happy I never stumbled at the first hurdle. It’s almost time to retire, but not yet!”

That comment got fans worrying that the 37-year-old may be hanging up his racket sooner rather than later, having won 20 Grand Slams during a glittering career.

But Federer quickly moved to clear up those comments and ease the worries of his fans.

“That was meaning like I never lost a first-round match here at the Open,” Federer said.

“I said maybe I could retire now, because I protect my 18 first-run wins here. That’s what I meant with it. It’s a total joke, yes.

“So please don’t read into it. Don’t even write that word (smiling).”

Federer is looking for his sixth title at Flushing Meadows having last won the tournament back in 2008.

He’s arguably the greatest player to have ever stepped foot onto court, leading the tally for Grand Slam wins.

Pat Rafter, who won two Grand Slams in his career, is in no doubt about Federer’s enduring quality.

And he’s predicted when the eight-time Wimbledon winner will retire from the sport he’s dominated since 2003.

“Roger is the greatest tennis player of all time,” Rafter said.

“And with over 300 weeks the longest No 1 in history. After all, I led the world rankings for a week.

“Comparing me with Roger does not make sense. He is travelling in a completely different stratosphere.

“To be honest, I am surprised that Roger is still playing. As long as he can win tournaments he will not stop.”

Fran Kirby: 'The cardiologist said if I didn't slow down, I wouldn't play again'

Campbell on playing in a star-studded England Under-21s side with Lampard, Gerrard and Ferdinand