Barcelona transfer news LIVE updates: All the latest news and gossip from the Nou Camp

Rafinha reportedly wants to complete a move to Real Betis with a loan move being considered.

But Barcelona are holding out for the deal to include an obligation to buy at the end of the season.

That’s according to Catalan radio station RAC1, who claim an initial loan deal has been agreed.

Barcelona want to include a €25m (£22.6m) but Betis are refusing to agree to such terms.

Manchester United can let out a sigh of relief as Barcelona have allegedly given up on signing Paul Pogba this summer, but they could face another battle in the New Year.

Arturo Vidal and Arthur joined this summer but they have still been linked with a move for one more player with the transfer window closing in just two days.

Despite the Premier League window closing earlier this month, Barcelona have consistently been linked with making a bid for Paul Pogba.

Reports have suggested the France international has grown disenfranchised with life at Old Trafford and his relationship with Jose Mourinho is said to be at breaking point.

But Spanish publication Sport claim Barcelona have given up on trying to sign Pogba before Friday’s transfer deadline. 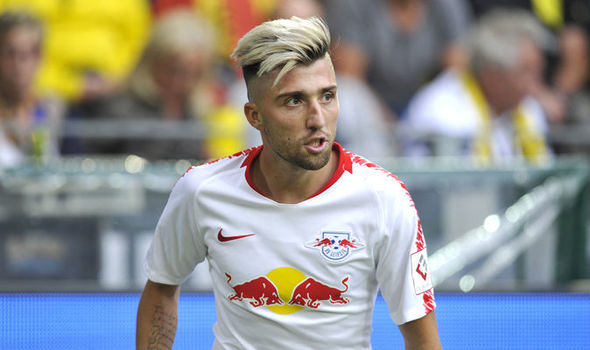 The La Liga giants are, however, still pursuing a deal for PSG midfielder Rabiot with just two days of the transfer window to go.

Barcelona have so far adopted a cautious approach, wary of angering PSG after the Ligue 1 giants retaliated to their interest in Marco Verratti a year ago by signing Neymar.

It is understood PSG are admirers of Barca’s Ousmane Dembele but, with the winger now thriving at the Nou Camp, any transfer would be tricky.

And Marca claim Abidal expects Barcelona to land their man, even if they miss out on a deal this summer.

Kampl, 27, only joined the German side from Bayer Leverkusen last summer but quickly cemented his position in Ralf Rangnick’s starting XI.

Barcelona have had a relatively quiet window to date, with manager Ernesto Valverde bringing Malcom, Clement Lenglet, Arthur and Arturo Vidal to the Nou Camp after the departures of Paulinho and Andres Iniesta.

The Bundesliga side have been told to pay £28million plus add-ons to land the Everton winger and RB Leipzig and will reportedly sanction the sale of Kampl should they sign Lookman. 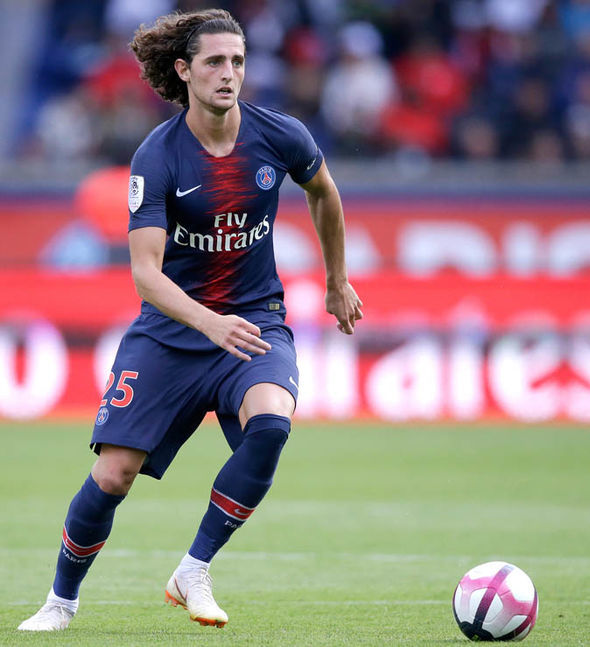 Reports in France have suggested that Alexandre Lacazette is seriously considering his Arsenal future.

Lacazette, 27, arrived from Lyon in July 2017 for £46million and notched up 17 goals in 39 appearances under Arsene Wenger.

But life isn’t as simple under Unai Emery.

Frenchman has not started a single Premier League game under Emery, with Pierre-Emerick Aubameyang preferred as a lone striker.

This has led to French publication Le10Sport to claim that Lacazette is pushing for an Arsenal exit before the European transfer window slams shut on Friday.

Barcelona striker Paco Alcacer has joined Borussia Dortmund on loan for the season, with the German club retaining the option to buy him for a fee which could rise to £25million.

“The German club will pay Barcelona 2 million euros for the year-long loan and take charge of the player’s salary,” the Spanish champions said in a statement.

Dortmund can buy Alcacer at the end of the loan but Barcelona also have the right to refuse.

Should the forward sign permanently for Dortmund and later be sold to another club, Barcelona would earn five percent of the transfer fee. 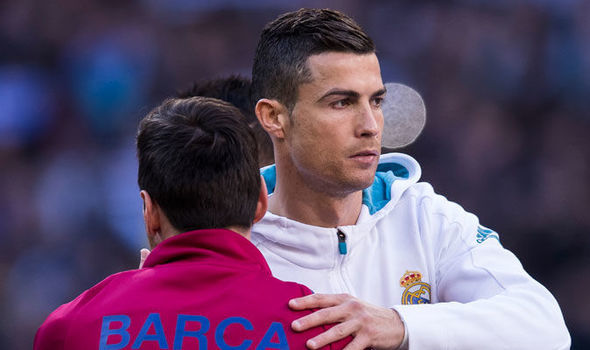 Lionel Messi would never do that…

The ex-Tottenham attacker believes Lionel Messi would never leave Barcelona and has compared the Argentinian ace to Ronaldo.

Ronaldo made the move from Real Madrid to Juventus during the summer after nine successful years at the Bernabeu.

Paco Alcacer has wasted no time getting used to his new surroundings after signing on loan for Borussia Dortmund today.

Barcelona have offloaded Alcacer, 24, onto the German side this afternoon.

Alcacer passed his medical and has signed a season-long loan deal at the Bundesliga side.

And the striker has quickly moved to get involved with BVB, heading straight out to the training pitch after signing his contract.

In a video posted on Dortmund’s Twitter feed, Alcacer is seen going through some training drills as he looks to get straight into the first team.

The short video suggests the player is keen to get on with life in Germany. 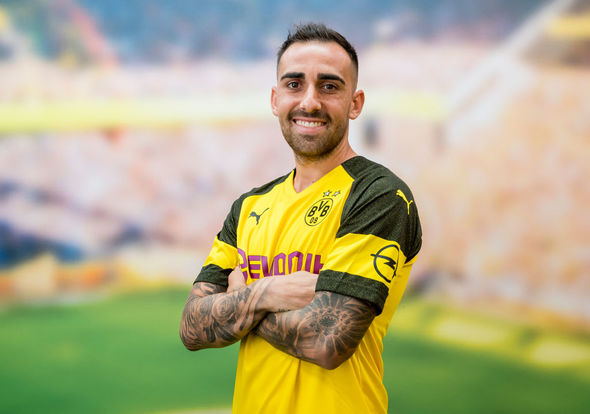 Barcelona players were recently visited by Neymar – who has discussed a move to Real Madrid but refused to open up about Adrien Rabiot.

The Brazil international has been sensationally linked with a move to Real Madrid. Los Blancos remain on the lookout for a replacement for Cristiano Ronaldo, who sensationally quit the Bernabeu for Juventus in a £105million transfer last month.

Barcelona have also been linked with Neymar but the PSG star is unlikely to ever return to his old club given the controversial way he departed.

And Neymar has also now rubbished talk of a move to Real, suggesting he is happy to strut his stuff at the Parc des Princes for the time being.

He said: “I have a contract with PSG.”

Meanwhile, the Catalan giants remain linked with a move for PSG’s Rabiot.

Barcelona would love to sign Rabiot, though, as they plot La Liga and Champions League glory, but Neymar was coy when quizzed on his PSG team-mate.

The Brazilian said: “I don’t know, you’d need to talk with him.”