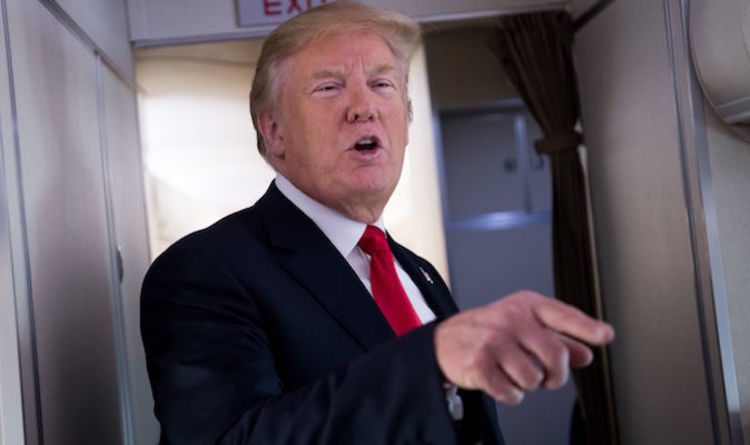 The US President is increasingly pushing an aggressive trade policy between the US and other countries, recently sparking trade disputes with the likes of Russia, China and Iran.

On Monday, the President’s administration blocked the re-appointment of a judge at the Appellate Body, a standing collective of seven judges which hears appeals from reports issued by panels in disputes brought on by WTO members.

Mr Trump’s latest blocking means there are only three of seven judges remaining who have the power to pass rulings on trade disputes, tariffs and international subsidies.

The three remaining judges in the Appellate body hail from US, China and India — countries that are currently central to ongoing trade disputes.

The US have repeatedly stated the Appellate have been tough on the country and intervened heavily in the US’s high tariffs – and believes the court has not been sufficiently tough on China.

The US would lift the blocks on governing members of the Appellate Body if the court addressed the country’s concerns.

But a statement issued by Dennis Shea, Deputy US Trade Representative and permanent US Representative to the WTO, said that it would not support the reappointment of the body member.

Mr Shea said: “The United States has determined that it is not prepared to support the reappointment of Mr. Servansing to the Appellate body.

“This position is no reflection on any one individual but reflects our principled concerns.”

The statement also stated the US “will continue efforts and discussions with members and with the chair to seek a solution on these important issues”.

But the WTO has fired back at the US President, seemingly ready to test Washington’s demands for reform at the organisation.

The EU holds the WTO in high regard and sees it as an important referee in global trade disputes. In response to the US’s complaints, Brussels has prepared reform proposals for September to tackle the grievances of the Trump administration.

If the US takes up the EU offer, it thinks the US will lift opposition to reappointment of judges – but if Mr Trump rejects the terms, it will be a sure sign that he wants to dismantle the WTO body for good.

But Bernd Lange, chair of the European Parliament’s trade committee said: “This is certainly about calling [America’s] bluff.

“The EU will make proposals to the WTO in September to kickstart the [reform] process and to test who is really willing to work on a reform.

“Those who frequently issue criticism will then also have to commit to such a reform. And this means first and foremost the United States.”

According to POLITICO, a spokesman for the European Commission (EC) said Brussels is discussing “preparing ground for further work with our international partners” with all 28 EU member states.

It follows Mr Trump’s promise to engage with the EU on reform of the WTO after he meet with Commission head Jean-Claude Juncker in July, which many saw as the President dropping his trade war on the EU bloc.

The US and European Union were embroiled in a trade which started after the former real estate magnate’s tariffs on steel and aluminium imports.

Brussels reiterated with tariffs imposed on American-made products such as jeans, bourbon whiskey and motorcycles.

Uncharted Movie Is "Going So Well" According To Tom Holland