Gamescom may not have as high of a profile as E3, but it’s still a ridiculously huge event in the gaming industry. Held in Cologne, Germany, it’s one of the world’s largest gaming conventions. It’s also the perfect place for game companies like Sony, Microsoft and Nintendo to drop trailers for the games it couldn’t fit in to E3.

Better still, it’s an event where third-party developers and PC hardware makers can shine. Waiting for that new graphics card announcement or an update on your fave game series? Gamescom is what you want to pay attention to. Bethesda, Ubisoft, Activision, Nvidia and tons of other companies slowly leak out news all week long.

And you don’t have to fly to Germany and sit in on every press conference to get all the announcements, either — we’ll be updating this post all week long with the biggest announcements and trailers from Gamescom 2018.

Nintendo didn’t make any break-out announcements at Gamescom, but it still dropped a Super Smash Bros. Ultimate tease for fans — releasing a gameplay trailer featuring Lucina, Chrom, Dark Samus and Ridley. Not only does this clip show off some new characters in action, but it also shows us “stage morph” for the first time.

Goku probably isn’t coming to Super Smash Bros. Ultimate — but that doesn’t mean he isn’t getting a new game. Jump Force was one of the most unexpected announcements of E3: a hyper-realistic action fighting game that pit some of Japan’s biggest anime and manga characters against each other. At Gamescom, Bandai Namco revealed six more characters for Jump Force, includig characters from Hunter X Hunter, more fighters from One Piece and Dragon Ball and three characters from Bleach. The company revealed that Death Note characters will be in the game too, but they won’t be playable.

If you weren’t sure if Blizzard’s Overwatch was a big deal, be sure now: LEGO teased what looks to be an Overwatch set during Gamescom, tweeting out a short video showing outlines of several of the game’s heroes in minifig form. Let’s just hope they have a full D.Va kit.

Saint’s Row: The Third is coming to Nintendo Switch

Aching for more rated M content on the Nintendo Switch? You’ve got it. Deep Silver announced at Gamescom that it’s bringing Saint’s Row to the portable hybrid console. It’s not the latest game in the franchise, but it’s enough to scratch that itch for over-the-top open-world violence — and further proof that the Switch is fast becoming a fantastic console for ports.

DICE dropped two trailers for Battlefield V at Gamescom 2018: a general trailer that teases the Rotterdam and North African maps, as well as a sizzle reel of action, explosions and gameplay. It’s a fun, exciting trailer that gives viewers a general feel for the game — but if you’re looking for specifics, DICE brought a little more to Microsoft’s Xbox One live stream on Tuesday morning.

The “build your company” trailer was short, and didn’t go into much detail — but it did give us a hint of how important character progression is going to be in Battlefield 5. “Playing as a squad is key to your success in Battlefield 5,” the video narrates, explaining that playing in squads is the best way to unlock new combat roles that are unique to each character class.

These new roles will give classes new unique abilities and upgrades, which DICE says will allow recon players to specialize in long range shooting and stealth, give assault players more versatile attack options, allow support to build battlements and structures to help defend the point and give medics more tools to keep their team alive.

PlayerUnknown’s Battlegrounds 1.0 will launch on Xbox One on Sept. 4

PC gamers have been experiencing PUBG’s full 1.0 release since December. On Tuesday, Microsoft announced that the console version of the game is about to catch up. That’s not too exciting on its own, as players who have been watching the PC release already know what content is coming — which is probably why Microsoft and PUBG made a short 10-minute documentary about the development of the game to show off, instead.

You won’t learn much about the update in the video, but it’s a fascinating look at PUBG Corp’s offices, culture and cafeteria. And yes, the writing on the mess hall’s wall does say, “Winner Winner Chicken Dinner.” Because of course it does.

Details on Fallout 76’s CAMP system (and a new cartoon)

If you’ve been hoping to see more Fallout 76 gameplay, you’ll need to wait for the beta — but Bethesda did release a new cartoon detailing some of the game’s systems at Gamescom. The short video doesn’t reveal that much new information, but does serve as a pretty fun overview of why camps matter in Fallout.

Okay, technically this one was revealed at Korea Fanfest — but we’re lumping it in with Gamescom 2018 anyway. Blizzard released a new Overwatch story short featuring D.Va, detailing her life as a local hero on a Meka team. It’s the perfect gift for fans who are hungry for new Overwatch lore. Even better, it comes with a new map, also set in South Korea.

You’ve played Life is Strange. You’ve played Captain Spirit. Get ready for the proper sequel — Life is Strange 2. Square Enix brought the official reveal trailer to GamesCom 2018, and it’s perfectly heavy and intense. If you want to see the story kick off, check out the game’s YouTube channel: it just uploaded a video with almost 20 minutes of gameplay footage. The trailer also dropped the launch date: Episode 1 of 5 launches on Sept. 27.

If you’ve been patiently waiting to see more of Cyberpunk 2077 in action… keep waiting. CD Projekt Red brought the highly anticipated title to Gamescom — but only released a few new screenshots to the public. They’re as gorgeous as they are intriguing, but they don’t tell us much more about the game than we already knew, which unfortunately, is still less than we’d like to know.

On the plus side, we did get a chance to try out a selection of Cyberpunk 2077-themed beer.

You can curse people with cannonballs in Sea of Thieves: Forsaken Shores

Talk like a pirate day is coming on Sept. 14 — and with it, comes a new expansion for Sea of Thieves called Forsaken Shores. During Microsoft’s Gamescom event, we learned a little more about the new area of the game, which has new adventures, deadly volcanoes and “cursed cannonballs.”

Shenmue III has a release date, but it’s over a year away

If you bought the original Shenmue on the Dreamcast, you’ve been waiting over two decades to see the end of the story. Now, you finally will — but you’ll have to wait another year. Deep Silver announced at Gamescom that the game would hit stores on Aug. 27, 2019. That’s a little bit of a bummer for folks who have been waiting for Shenmue III since the original 2015 Kickstarter campaign, but on the other hand… if you’ve waited this long, what’s another year?

Do you like horror movies? And video games? Then you’ll probably love The Dark Pictures Anthology. That’s the name for a new series of cinematic horror experiences from Supermassive Games. The series seems to be the developer’s spiritual follow-up to Until Dawn, and promises to deliver a challenging and engrossing horror experience where any character can die. The first game in the series, Man of Medan, focuses on a group of friends searching for a WWII wreck out in the South Pacific.

Too scared to handle dramatic horror? How about over-the-top action horror? You got it. Gamescom saw the release of our first gameplay trailer of Devil May Cry 5 — featuring giant bosses, over the top moves and plenty of destruction. The trailer is a lot of fun, but if you want a more realistic look at how the game plays in practice, pay our friends at GameSpot a visit: they have over 20 minutes of gameplay footage taken directly from the show.

If you haven’t caught on yet, “battle royale” is the new hot genre of 2018. The free-for-all, one-life-to-life murder game show format is sneaking into pretty much every game franchise imaginable — and spawning new ones. Gamescom gave us our first look at Stormdivers, a third person shooter that very much looks like a grittier, sci-fi battle royale game.

From Software showed off a new trailer for Shadows Die Twice — a new franchise set in 16th-century Sengoku, Japan. From early reports, the game seems to offer a lot more character driven story and diverse combat than From Software’s standard fare. Don’t worry, it’ll probably still be just as difficult as Dark Souls. We’ll find out for sure when it launches on March 22, 2019.

Get ready for a walk through the uncanny valley — because 2K Sports’ next NBA game is filled with people you might recognize. NBA 2K19’s new story mode follows a young basketball player as he works his way to the NBA from smaller leagues — and along the way, he’ll meet characters played by Aldis Hodge, Anthony Mackie and Haley Joel Osment. They all look like themselves but, well, they also all look a little weird.

Microsoft pulled out all the stops with a 2-hour-long Xbox event — making a point to remind viewers that it had a bunch of new hardware bundles coming soon — including Xbox One X and S sets for Forza Horizon 4, Fallout 76, Battlefield V NBA 2K19 and Shadow of the Tomb Raider. You can find a roundup of all of those bundles right here.

If PC gaming is more your speed, hold on to your wallet: Nvidia revealed its next-generation desktop graphics card — the GeForce RTX 2080. This new Turing-based GPU promises to deliver real-time ray-tracing technology to the average gamer, dramatically improving the look of shadows, lights and reflective surfaces in PC games. That’s a huge step forward in graphic realism, but it doesn’t come cheap: The GeForce RTX 2080 starts at $700 — with a more powerful 2080Ti version available for $1,000. Need to save a little? There will be an RTX 2070 for $500 coming too, but not until later. Nvidia says the 2080 will launch on Sept. 20, followed by the 2070 in October. 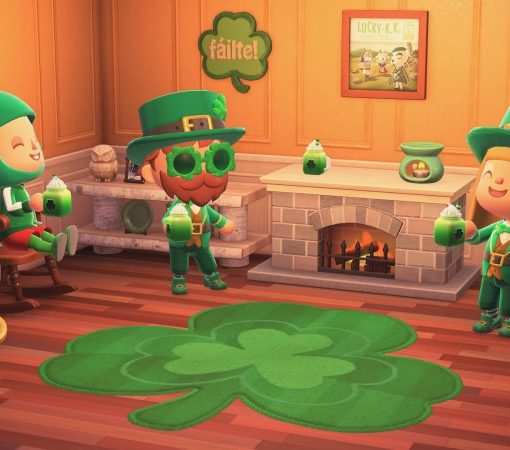 While many island dwellers are currently getting their Super Mario on with the latest event in Animal Crossing, Nintendo just revealed what […] The Ghost Recon Breakpoint beta just ended but it won’t be long until some gamers jump back into Auroa. Fans have had […]