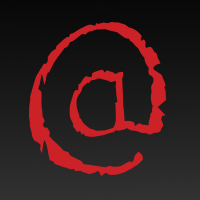 Video games have been around for quite some time now. They are many peoples favorite past time, and even a way to make money. Playing video games turned from a hobby to a job very quickly, especially when video and live streaming platforms like YouTube and Twitch came to rise. With these platforms, many people picked up their controllers hoping that they would become the next gamer who makes millions doing what they love. With more people playing games the developers for the games need to dish out better and more up to date products. Even if these products are not the best, they do it all for the money in the end, because it is a business.

When video games were first released they were an incredible feat and all were unique in their own way. Even though they did not look that great back in the 80’s and 90’s they offered something that even a lot of games today don’t offer. And that something is quality. Within the last 5 years or so video games started to become more of a service than an actual piece of entertainment. Slowly top Triple A developers started to incorporate microtransactions in their games, very different from DLC (Downloadable Content). DLC was always an expansion or more added content to make the game have more playability, in turn making the gamers more entertained and wanting more. The problem lies within video games that try to sell pieces of their game that should have been for free or unlocked by actually playing the game instead of just putting in a credit card number to unlocked said heroes or items. This is a common practice recently and it has raised a lot of issues, and even many countries consider “loot boxes” gambling, which in reality it is. A loot box in video games is when a player either uses in-game currency or real currency to get a random item or a random set of items. Now the value of these items is based on a scale, some players will receive rare or higher quality items compared to others simply based on odds. This is mainly aimed at the younger gamers who are more naive and are willing to spend whatever money they have on a game to make themselves look cooler or play better. All just to get ahead of the curve.

This practice is extremely dangerous not only because it promotes gambling to children, but it can be extremely addictive. There are many cases in which people spend thousands of dollars just to get a single item or to buff up their character or team. Clearly, the developers do not care, because it is just more money for them, but they never look at what this can do to a person’s livelihood and even their families.

The main reason these practices are implemented is for the developers to keep generating money even after the game is released. Based on the statistics microtransactions make more overall than the game itself, and those types of game series are released on a yearly basis with little to no changes in the actual video game itself. It is extremely rare to find a completed game at any store or marketplace that doesn’t offer micro transactions, even if they do not impact gameplay it still is a major issue.

If developers want to keep gamers entertained and invested in their video games then they should develop quality games instead of creating games that are barely finished loaded with micro transactions. The games as a service trend are slowly killing the quality of video games. Sooner or later people will not even be allowed to fully own the game, everything will just be a rental, but the player still needs to buy a code to play the rental and then pay the rental to play the game which is not even theirs. Look how crazy that sounds!? The only way this all will change is if the player chooses to change.

If you would like to contact me please feel free to email me at [email protected]. I would be happy to chat with anyone!

Unto The End journeys to PS4 December 9

PS5 re-stock plans revealed by Sony: PlayStation 5 is back in time for Christmas

Honoring the blade: The lethality contract and combat balance in Ghost of Tsushima