Stephen Hawking, the British theoretical physicist who beat the odds his entire life, has died. He was 76.

The University of Cambridge, where Hawking was director of research in applied mathematics and theoretical physics and founder of the Centre for Theoretical Cosmology, confirmed his death early Wednesday to NBC News.

Hawking was as famous for his insights on black holes, the existence of God and quantum gravity as he was for his unique way of speaking while living his life in a wheelchair. Operating his trademark computer system with his cheek, Hawking gave the world insights into the unknown and gems of quotations, including, “Life would be tragic if it weren’t funny.”

Diagnosed at age 21 with amyotrophic lateral sclerosis, or ALS — also known as Lou Gehrig’s disease — Hawking proved every doctor wrong as he defied their grim prognoses decade after decade again.

ALS, a progressive neurodegenerative disease that robs its victims of muscle movement, is “100 percent fatal,” according to the ALS Association. Most sufferers are diagnosed in their 50s, as opposed to the young age Hawking was. Only half live more than five years.

Given just two years to live when he received his diagnosis, Hawking went on to have a lifetime of achievements, including his 1988 best-selling book, “A Brief History of Time,” which translated the complex fundamentals of physics into simple language. As the world’s best-known physicist, he became a pop culture fixture, as well, with a 2012 cameo on “The Big Bang Theory” and a movie based on his improbable life and career, “The Theory of Everything” in 2014.

His passing has left an intellectual vacuum in his wake. But it’s not empty. Think of it as a kind of vacuum energy permeating the fabric of spacetime that defies measure. Stephen Hawking, RIP 1942-2018. pic.twitter.com/nAanMySqkt

Hawking came to prominence in the early 1970s for work done in collaboration with mathematician Roger Penrose. They devised a revolutionary theory of gravity positing that if the universe obeys Albert Einstein’s general theory of relativity and fits the standard model of physical cosmology (the study of the structures and dynamics of the universe), then it must have begun as an infinitesimally small point in the center of a black hole.

In 1974, Hawking theorized that black holes emit radiation, a startling but now widely accepted conclusion that is central to modern theoretical physics. His theory that information in a black hole is lost forever when a black hole evaporates, which he put forth in 1981, was more controversial, and it remains so today.

Hawking was the rare theoretical scientist who could relay the abstruse ideas of advanced physics in language accessible to the public. His landmark popular science book, “A Brief History of Time: From the Big Bang to Black Holes,” published in 1988, laid out the dominant thinking about the origin and structure of the universe, space and time, with stops to explain black holes and the Big Bang.

“A Brief History of Time” is estimated to have sold 10 million copies in more than 40 languages, and it made Hawking a household name.

Remembering Stephen Hawking, a renowned physicist and ambassador of science. His theories unlocked a universe of possibilities that we & the world are exploring. May you keep flying like superman in microgravity, as you said to astronauts on @Space_Station in 2014 pic.twitter.com/rjpjA3ys9c

Long an advocate of spreading humanity out from Earth’s cocoon, Hawking gave a presentation in Beijing last November projecting that human beings have less than 600 years left on the planet before population growth and energy depletion burn it to a cinder.

He proposed an eventual transportation system that could relocate humans at the speed of light to an exo-planet in the Alpha Centauri system, one of the closest star systems outside Earth’s solar system.

Such concerns led Hawking to join with other prominent scientists in 2015 to fund Breakthrough Initiatives, a project designed to “reinvigorate the search for life in the universe.”

Born Stephen William Hawking in 1942 in Oxford, England — 300 years to the day after Galileo’s death — Hawking didn’t excel in school as a child. It wasn’t until college and grad school that he immersed himself in his studies, but it was also there, while pursuing his PhD in cosmology at the University of Cambridge, that he got his ALS diagnosis.

“In my third year at Oxford, I noticed that I seemed to be getting more clumsy, and I fell over once or twice for no apparent reason,” Hawking once wrote. “But it was not until I was at Cambridge that my father noticed, and took me to the family doctor. He referred me to a specialist, and shortly after my 21st birthday, I went into hospitals for tests. … It was a great shock to me to discover that I had motor neuron disease.”

Despite his fears for his future, the disease seemed to focus him.

“Before my condition was diagnosed, I had been very bored with life,” Hawking told an audience of disabled students at Seattle University in 1993, adding that after coming face to face with a death sentence, he pored over his research.

He kept cheating death, however. His ability to survive so long baffled medical experts, to the point where some doubted that he had received a correct diagnosis.

“He is exceptional,” Nigel Leigh, a professor of clinical neurology at King’s College London, told the British Medical Journal in 2002. “I am not aware of anyone else who has survived with [ALS] as long.”

Hawking did have a health scare in 2009: a chest infection that left him on the brink of death. But he surprised doctors to make a full recovery.

ALS meant Hawking began using a wheelchair in 1969, but it didn’t keep him from living a full life. He and his wife, Jane Wilde, had three children. His career skyrocketed in 1974, when he theorized that the universe’s black holes aren’t vacuums through which nothing escapes, as the science community had previously thought. He received numerous accolades and awards for his research.

But as his professional life flourished, his health diminished. He started needing help for everyday tasks, and his speech became so slurred that few could understand him. In 1985, a tracheotomy landed him in a round-the-clock nursing care facility.

But Hawking’s mind was as intact as ever, and with the help of a computerized voice system controlled by a muscle in his cheek, he was able to continue his work.

“I can select a character by moving my cheek to stop the cursor. My cheek movement is detected by an infrared switch that is mounted on my spectacles,” Hawking explained on his website.

Over the years, Hawking continued to publish books, give speeches and research how the universe began.

In May 2016, he made headlines for reasons that had nothing to do with science when he told NBC News’ British partner, ITV that Republican presidential candidate Donald Trump’s popularity had him stumped.

“He is a demagogue, who seems to appeal to the lowest common denominator,” Hawking said, angering Trump supporters.

Hawking, a commander of the Most Excellent Order of the British Empire, was given the Presidential Medal of Freedom, the highest U.S. civilian honor, in 2009.

For all his remarkable fame and success, Hawking joked in 1993 that he had only one complaint: that his voice synthesizer didn’t accurately reflect his British heritage.

“The only trouble is it gives me an American accent,” Hawking said. 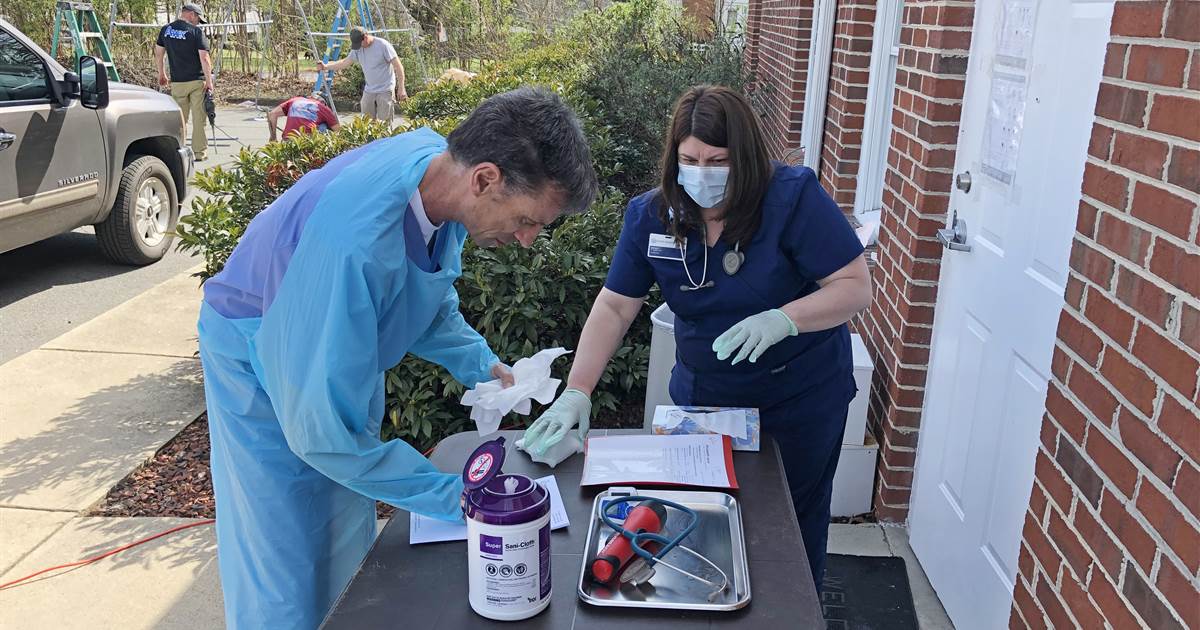 Every six months Penny Wingard’s doctor in Charlotte, North Carolina, checks her white blood cell count even though she can’t afford the […] 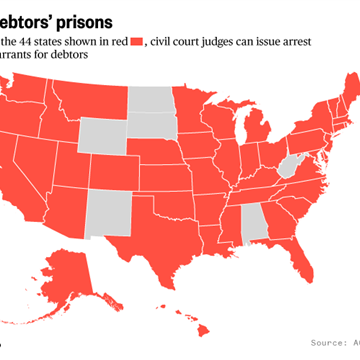