WASHINGTON — LeoSat has not even built a single satellite but has already booked $500 million worth of orders, its executives claim. In a crowded market for low-earth-orbit satellite communications, the company believes it has found its niche selling premium services to secrecy-obsessed clients, including the U.S. military.

“We’ve had a lot of interaction with DoD and combatant commands,” Michael Abad-Santos, senior vice president of LeoSat, told SpaceNews at the Satellite 2018 exposition. Based in Arlington, Virginia, LeoSat is recruiting investors with a goal to begin launching high-capacity broadband satellites in 2019 and have an operating constellation of anywhere from 78 to 108 spacecraft by 2022.

Among the early customers are multinational pharmaceutical companies that feverishly look for data communications systems that promise better protection from hackers.

“They’re all about protecting their intellectual property,” LeoSat CEO Mark Rigolle said in an interview. The pharmaceutical industry has globally dispersed research centers, he said. “They want to connect their scientists through distance collaboration but in a secure fashion.”

The military’s security demands are just as stringent, if not more so, he said. What makes this system more secure than most? It’s an enterprise private network where data travels “end to end,” bypassing gateways and terrestrial infrastructure. Satellites are cross-linked in space via lasers.

Traditional constellations send data up and down into ground stations located in countries that may not be U.S. friendly, said Abad-Santos. Fear of hackers penetrating ground stations has created a market for private end-to-end systems. “Other LEO companies are doing enterprise systems, but not in the blatant fashion that we are.” 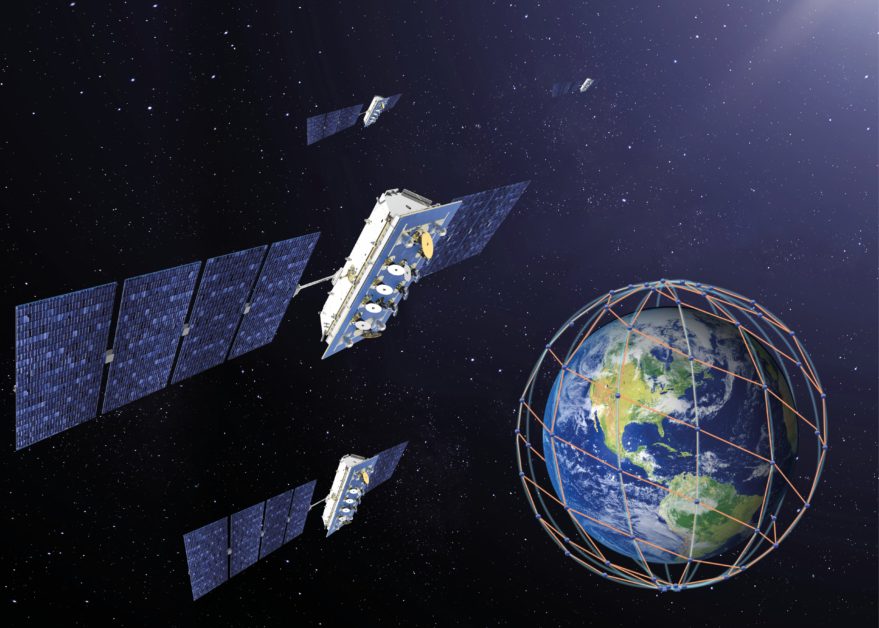 Fast-moving satellites are hard to target, he said. “Our satellites in space are connected through lasers with really small apertures. That’s nearly impossible to intercept.”

Rigolle said it will cost about $3.6 billion to build the constellation, a third of which will be equity. “Toward the end of 2019 we’ll be putting the debt package together,” he said. The selection of Thales as the manufacturer means France’s export credit agency will support the project as a job creator. “If we sign up U.S. suppliers we’ll work with the Ex-Im bank as well.”

The immediate goal is to raise $100 million. Japanese satellite operators JSAT signed up as a strategic investor last year. LeoSat would consider investments from GEO satellite operators, as long as they are compatible with JSAT and not a competitor.

Abad-Santos said Japan is interested in the technology for future use by its military forces. Like the United States, Japan is looking to supplement its sovereign satellite capability.

LeoSat sees itself as a disruptor in a military market where GEO satellite operators are the only commercial options. “We offer a faster refresh rate, less expensive satellites.”

Like other satellite companies, LeoSat would like to see more specifics from the Defense Department on what it needs and expects from the commercial industry. “They need to clearly enunciate that,” Abad-Santos said. “We’re going to build what we’re going to build,” but it would help to know what the government wants. “Their requirement tends to be everything: I want one terminal that can do X band, Ku band, C band, type 1 encryption.” There’s no silver bullet, he said. “As long as they build an open architecture that is secure, we are well suited to meet their requirements.”

“Antennas are going to open up the satellite market as a whole,” Rigolle said.

LeoSat announced on Tuesday it signed a “strategic agreement” with antenna manufacturer Phasor. Under the agreement, Phasor committed to develop Ka-band, non-geosynchronous–ready antennas.