WASHINGTON — Federal investigators are scrutinizing whether any of Jared Kushner’s business discussions with foreigners during the presidential transition later shaped White House policies in ways designed to either benefit or retaliate against those he spoke with, according to witnesses and other people familiar with the investigation.

Special counsel Robert Mueller’s team has asked witnesses about Kushner’s efforts to secure financing for his family’s real estate properties, focusing specifically on his discussions during the transition with individuals from Qatar and Turkey, as well as Russia, China and the United Arab Emirates, according to witnesses who have been interviewed as part of the investigation into possible collusion between Russia and the Trump campaign to sway the 2016 election.

As part of the scrutiny of Kushner’s discussions with Turks, federal investigators have reached out to Turkish nationals for information on Kushner through the FBI’s legal attache office in Ankara, according to two people familiar with the matter. Separately, Qatari government officials visiting the U.S. in late January and early February considered turning over to Mueller what they believe is evidence of efforts by their country’s Persian Gulf neighbors in coordination with Kushner to hurt their country, four people familiar with the matter said. The Qatari officials decided against cooperating with Mueller for now out of fear it would further strain the country’s relations with the White House, these people said.

Kushner’s family real estate business, Kushner Companies, approached Qatar multiple times, including last spring, about investing in the company’s troubled flagship property at 666 Fifth Avenue in New York, but the government-run sovereign wealth fund declined, according to two people familiar with the discussion. Another discussion of interest to Mueller’s team is a meeting Kushner held at Trump Tower during the transition in December 2016 with a former prime minister of Qatar, Hamad bin Jassim bin Jaber Al Thani, or HBJ, according to people familiar with the meeting.

HBJ had been in talks with Kushner Companies about investing in its Fifth Avenue property, which is facing roughly $1.4 billion in debt that is due in 2019, these people said. Those talks with the company continued after Kushner entered the White House and stepped away from the business, but last spring HBJ decided against investing, these people said.

In the weeks after Kushner Companies’ talks with the Qatari government and HBJ collapsed, the White House strongly backed an economically punishing blockade against Qatar, led by Saudi Arabia and the UAE, citing the country’s support for terrorism as the impetus. Kushner, who is both President Donald Trump’s son-in-law and a key adviser, has played a major role in Trump’s Middle East policy and has developed close relationships with the crown princes of Saudi Arabia and the UAE.

Some top Qatari government officials believe the White House’s position on the blockade may have been a form of retaliation driven by Kushner who was sour about the failed deal, according to multiple people familiar with the matter. Saudi Arabia and UAE have long had a rivalry with Qatar.

The White House, Saudi Arabia and the UAE have said the blockade against Qatar is in retaliation for their government’s support for terrorism.

Any cooperation with Mueller’s probe from foreign nationals or government officials would mark a significant new dimension to the investigation beyond what is currently publicly known.

While Kushner and his business dealings have long been a focus of the investigation, this line of questioning suggests Mueller could be building a case that directly links action he took after the election to his conduct as a senior adviser in the White House.

Kushner’s divestment from his family’s company before taking a job in the White House was limited. He allowed his brother to oversee his assets and transferred a trust to his mother, rather than removing his financial interests from his family. According to government ethics filings, he still holds as much as $761 million in real estate and other investments.

It is unclear how successful Mueller’s effort to reach Turkish nationals has been or what discussions Kushner had with Turks that are under scrutiny.

People familiar with the matter believe that Turkish President Recep Erdogan’s son-in-law Berat Albayrak, who is also the country’s energy minister, met with Michael Flynn, who would soon serve briefly as Trump’s national security adviser, in New York in December 2016. Mueller’s team has been investigating whether they discussed a possible quid-pro-quo deal. Flynn is cooperating with the Mueller investigation.

While Qatari officials were in Washington last month, they came armed with materials they said showed the UAE has worked against their government, including information involving Kushner, people familiar with the matter said. They debated for days whether to turn it over to Mueller but felt their meetings with U.S. officials had been productive and so decided against it, these people said.

Kushner Companies’ discussions with the Qatari government about funding did not advance, the people familiar with the matter said. After the company’s pitch during a meeting in April 2017, the government decided not to invest. The Intercept first reported Friday that Kushner’s father, Charles Kushner, had held the meeting with the Qataris.

“It was not the right deal for us,” said one Qatari official

During the transition Kushner had been negotiating with Chinese investors to secure needed financing for the Fifth Avenue building, including at least one meeting with the chairman of Anbang Insurance Group, but Anbang later said publicly that it would not invest in the building.

Kushner also met in New York with Cui Tiankai, the Chinese ambassador to the U.S., during the transition, but the content of the meeting is unknown.

HBJ’s potential investment had been contingent on Kushner Companies securing another half of the funding and withdrew after the Chinese investment fell through, people familiar with the matter said.

Asked for comment about Kushner Companies’ meetings with HBJ, the Qatari wealth fund and Turkish nationals, Chris Taylor, a spokeswoman for the company said: “To be clear, we did not meet with anyone from the Qatari Government to solicit sovereign funds for any of our projects. To suggest otherwise, is inaccurate and false.”

Two people familiar with the matter said there’s been outreach between Mueller’s team and HBJ, though it’s unclear in what form and if there have been substantive discussions between the investigators and the former Qatari prime minister.

Peter Mirijanian, a spokesman for Kushner’s attorney, responded to questions from NBC News with a statement saying “time and time again, unnamed sources seeking only mischief have misled the media about what the special counsel is doing.”

“They do it knowing the special counsel cannot and will not respond to inaccurate leads. This is just the latest example of this misinformation campaign,” he said. “Mr. Kushner’s role in the campaign and transition was to be a point person for completely appropriate contacts from foreign officials and he did not mix his or his former company’s business in those contacts and any claim otherwise is false.”

A spokesman for the special counsel’s office declined to comment.

Kushner could face legal exposure if Mueller’s team determines he is “making decisions in the White House that ultimately have an impact on his own financial position,” said Ron Hosko, who retired in 2014 as head of the FBI’s criminal division.

Under U.S. law, it is illegal to for any government employee, including someone being considered for an advisory role, to render advice based on financial interest.

Democratic lawmakers raised concerns about possible conflicts of interest in a December letter to Kushner, asking whether he used his upcoming position at the White House to secure financing for the indebted property.

Federal investigators, as well as lawmakers, have scrutinized Kushner’s transition meetings with Russians and officials from the UAE, according to four sources. Kushner had a meeting with Sergey Gorkov, the head of a Russian bank that is under U.S. sanctions, which was held in the New York office of one of Kushner’s friends, according to a person familiar with the meeting. Kushner has said he did not discuss sanctions with Gorkov, who has said they did.

He also met in December 2016 at Trump Tower with the UAE Crown Prince Mohammed bin Zayed Al Nahyan and has been close with the country’s ambassador in Washington. The crown prince broke protocol for that meeting by not flagging his U.S. trip for Obama administration officials, who only learned about it later from intelligence reports, according to people familiar with the matter.

It’s unclear if Mueller has attempted to speak with any UAE, Chinese or Russian officials.

The Turkish embassy in Washington did not immediately respond to a request for comment.

A spokesman for the Qatari government declined to comment.

Representatives from the UAE and Chinese embassies in Washington did not respond to requests for comment.

PIGEON FORGE, Tenn.— A wall of ice at the Titanic Museum Attraction in Tennessee collapsed and injured three guests, the museum’s owners […]

Germany’s foreign minister Sigmar Gabriel said he was concerned over the US President’s stance on Iran’s international deal. Mr Trump has threatened […] 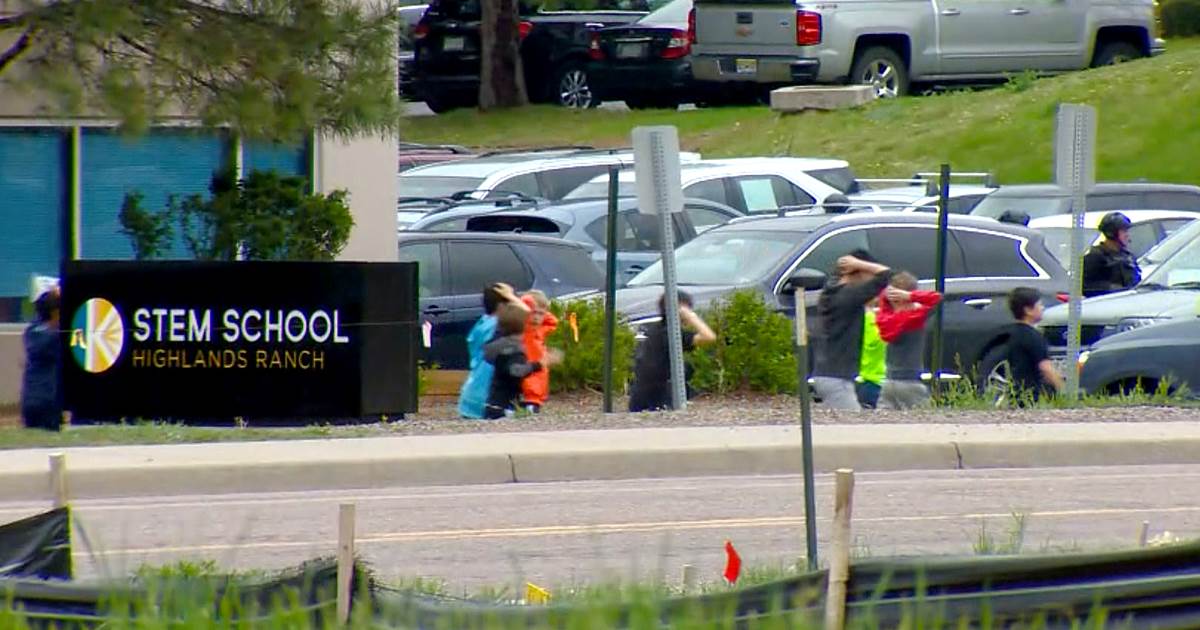