Cliven Bundy wanted to walk out of the courtroom in his jail jumpsuit and ankle shackles. Deputy marshals blocked him from doing that. But if it hadn’t been for “flagrant misconduct” committed by federal prosecutors and investigators in the case, the Nevada cattleman may not have been walking out at all.

US District Judge Gloria Navarro dismissed the case, which related to an April 2014 standoff with federal officers seeking to impound Mr. Bundy’s cattle, “with prejudice” this week – meaning prosecutors cannot retry the case on the same charges. “The court has found a universal sense of justice has been violated” by prosecutors who withheld and misrepresented vast quantities of evidence, she wrote.

The case is a dramatic example of prosecutorial misconduct, which some legal experts see as a cultural flaw in the criminal justice system. Prosecutors are arguably the most powerful actors in the system, in part because they are the gatekeepers for most evidence in a case. Having to provide evidence to a defendant while also seeking to beat them in court understandably can lead to temptation, legal experts say.

Recommended: How much do you know about the US Constitution? A quiz.

“It’s like making your own calls in a basketball game: ‘That wasn’t a foul on me,’ ” says John Raphling, a senior researcher at Human Rights Watch who spent more than two decades as a criminal defense lawyer in California.

“I don’t want to say it’s human nature, but it’s a natural tendency to see things your own way,” he adds, “especially when you’re wrapped up in the competitive world of trying cases.”

Prosecutors are also rarely formally punished for misconduct. As technological advances continue to expand the government’s investigative resources, some experts fear prosecutorial misconduct could become more prevalent and harder to catch. But the question of how often it occurs now is open to debate – with a former US attorney calling incidences like the Bundy mistrial a “rare event” and a former federal judge calling it an “epidemic.”

There are the high-profile examples, such as Bundy and the flawed prosecutions of former US Sen. Ted Stevens (R) of Alaska and members of the Duke University lacrosse team. Beyond that, 42 percent of the 166 exonerations in 2016 were a result of official misconduct, according to the National Registry of Exonerations.

Since the United States Supreme Court decided Brady v. Maryland in 1963, prosecutors have been required to turn over any evidence that points in the direction of innocence to the defendant. Evidence gathered in an unconstitutional fashion, such as an illegal search or self-incriminating statements elicited prior to Miranda rights being read, are also not permissible in court. Prosecutors can also commit misconduct during a trial by making misrepresentations to the jury or referring to evidence that has been ruled out-of-bounds.

In a 2013 dissent, former US 9th Circuit Judge Alex Kozinski, who retired last month amid sexual harassment allegations, declared “an epidemic of Brady violations.” But others say it is difficult to know how often prosecutorial misconduct occurs.

If a prosecutor is unsure whether a piece of evidence is permissible or important to the defense, they can give it to a judge to make a ruling. Through their close work with law enforcement, they often hold most of the evidence in a case. Whether they choose to disclose it – either straight to the defendant, or to a judge – is entirely up to them.

Reconciling their position as both the opponent of the defense and perhaps their most important source of information can be difficult, particularly over the course of a long case, says Paul Charlton, who spent 10 years as a US attorney in Arizona.

“You become familiar with the facts and embrace a certain narrative,” he adds. When “you are weighing whether you should turn over that evidence, the risk is you’re making that decision in some way to protect the case as opposed to providing the defendant with the opportunity to put on the best defense.”

Defense attorneys can appeal to the judge for the prosecutor to release certain information, and the longer a case goes on the more evidence they are likely to gain access to. With more than 90 percent of court cases in the US settling before trial, however, cases tainted by misconduct could be settled before misconduct is unearthed.

Contributing to concerns is the increasing sophistication of investigative techniques and technologies, experts say. This allows law enforcement and prosecutors to gather more evidence – but also obscure how that evidence was collected.

One practice is for investigators to conceal their methods for identifying a suspect or finding evidence, then going through the motions of discovering it in a different way.

Reuters first reported the practice, which some call “parallel construction,” in detail in a 2013 investigation into a secretive US Drug Enforcement Administration unit that funneled information from its own surveillance activities to law enforcement agencies around the country. Those agencies then concealed how they came by the information.

Similar to prosecutorial misconduct generally, it is difficult to know exactly how often parallel construction occurs – although a new Human Rights Watch report says that needs to be investigated further. The most concrete examples in the report come from the Reuters report and from instances where law enforcement agents admitted to using a pretextual traffic stop to uncover information that had been passed to them from another source. The Supreme Court has declared pretextual traffic stops to be legal.

“We don’t have proof besides the pretextual traffic stops, but I think there is enough to ask questions,” says Sarah St. Vincent, the report’s author. She suggests that defense attorneys be more aggressive in asking for information and evidence from investigations to be disclosed, and that judges be more skeptical of claims of where information and evidence came from.

The report suggests that parallel construction may be being employed to conceal information gathered through legally questionable methods. Whether it is obtained unlawfully or not is beside the point, according to Nancy Gertner, a Harvard Law School lecturer who served as a federal judge from 1994 to 2011, since the practice transfers the decision of what information gets disclosed to defendants from judges to law enforcement and prosecutors.

“You can envision a situation where they think they’re doing something legal but they’re not sure, so they use parallel construction,” she adds. “The problem is we don’t have a system that should rest on the judgment of the police officer.”

“Before the internet, before digital information and GPS devices, I could tell when someone broke into my house. Now it’s more difficult,” she adds. “Parallel construction then makes it even more difficult to determine how evidence was obtained, and therefore if it was legally obtained.”

‘AN ABERRANT EVENT’ OR A HIDDEN PROBLEM?

Mr. Charlton says he’d never heard the term “parallel construction” before reading the Human Rights Watch report. “I’m not convinced,” he adds, “that the issue they’ve identified is as significant as the [report] will have led you to believe.

Critics say prosecutors should be more rigorous in vetting what evidence is available and where it came from.

“We find overwhelmingly it’s the cops not the prosecutors [committing misconduct], but the culture is the prosecution is not probing either,” says Ron Kaye, a criminal defense attorney in Los Angeles, Calif., who specializes in wrongful imprisonment cases.

A key reason for that may be that prosecutors rarely receive severe formal discipline for misconduct. Courts punished prosecutorial misconduct in less than 2 percent of cases where it occurred over a 50-year period, according to a 2013 report from the Center for Prosecutor Integrity.

“It’s important that we have protections for prosecutors [from spurious misconduct claims] to be able to do their jobs effectively, without fear of a chilling effect on their performance,” says Kami Chavis, director of the Criminal Justice Program at the Wake Forest University School of Law and a former US attorney.

“But at the same time,” she adds, “that does create again this issue of how do we then even uncover prosecutorial misconduct, and what do we do to deter it?”

N, a 20-year-old student living in Afghanistan, is in hiding as she hopes for news that she and her family can leave […] 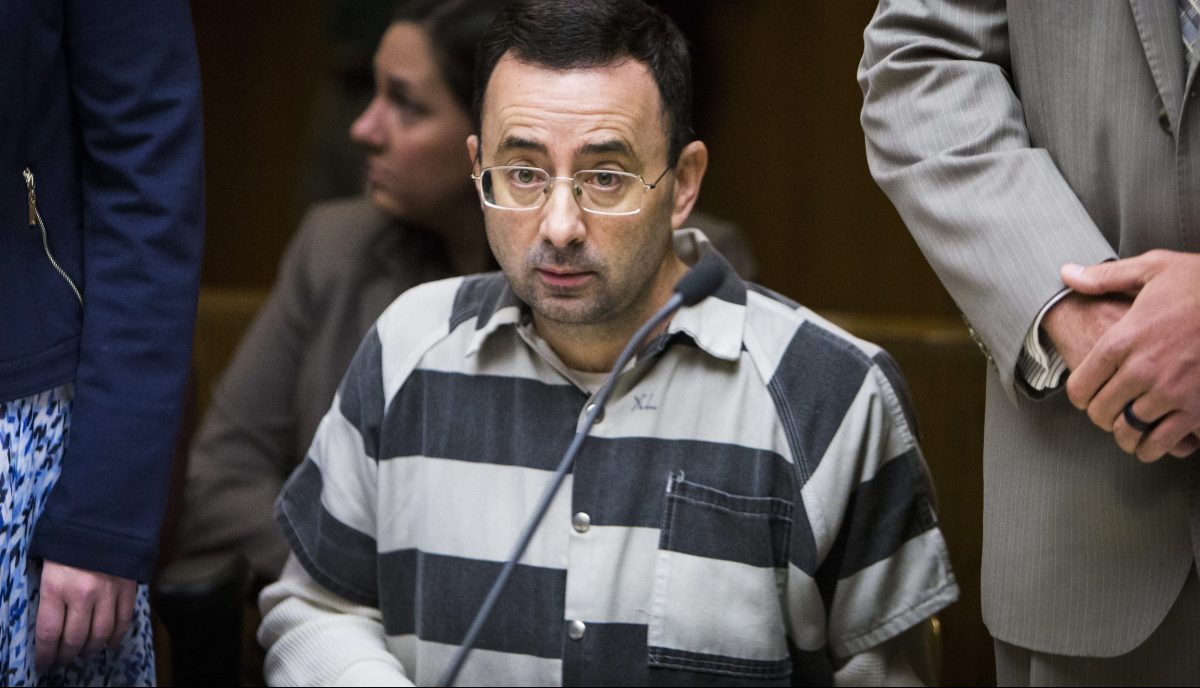 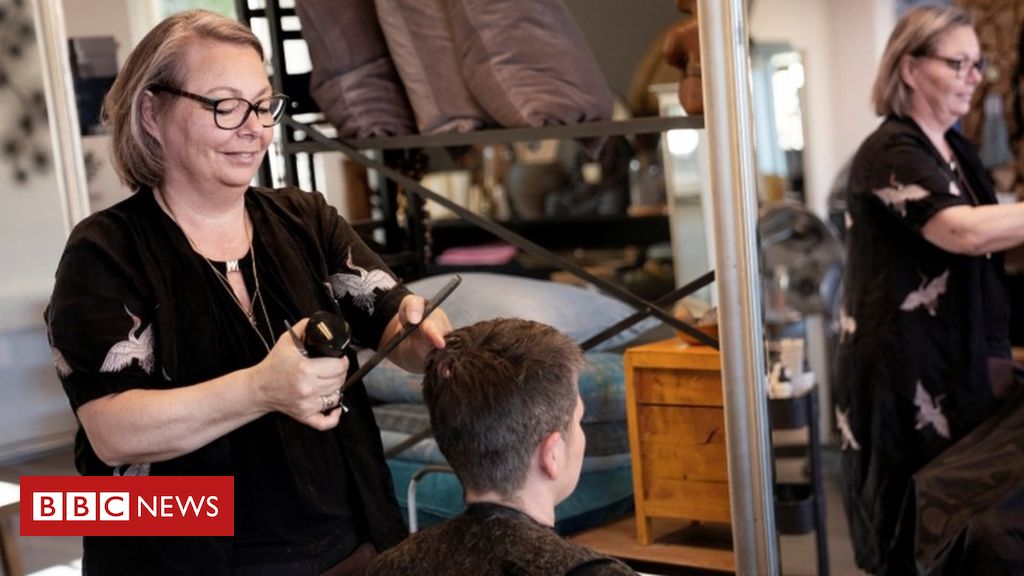 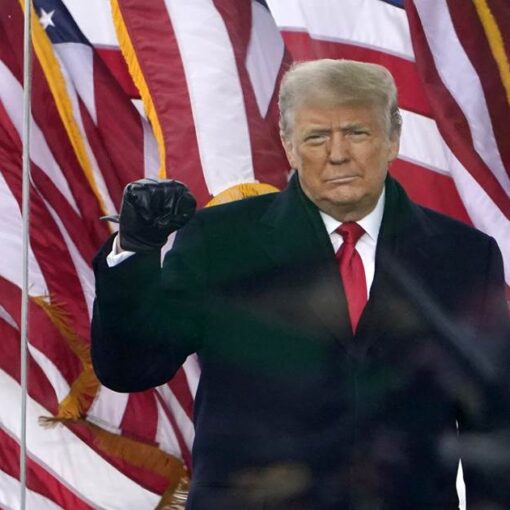 PHOENIX — A U.S. judge on Friday blocked the Trump administration’s most sweeping set of asylum restrictions less than two weeks before […]